Saudi Media Law: Let’s Just Get Rid of It 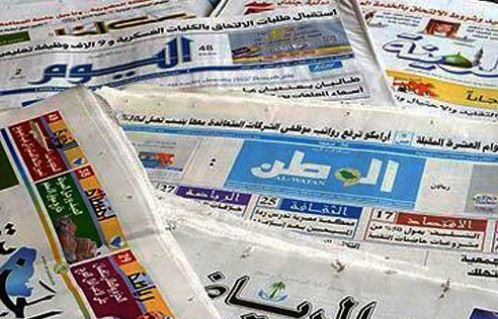 Back in April, I wrote about a new press law that seemed intended to stifle the media. Clearly, I wasn’t the only one who saw this law as fraught with danger. Saudi Gazette reports that the Minister of Culture & Information, Abdul Aziz Khoja, has been making the rounds of editorial offices and getting an earful for his pains.

The Ministry will be ‘clarifying’ the law with a series of by-laws later this year, he says. That’s useful. But the law itself is seriously flawed at a most basic level. As the article quotes him, the Minister says that the law forbids “injurious’ attacks on anyone.” Who is to decide what’s ‘injurious’ or not? Well, ‘specialized committees’ are supposed to do that, he says. Who will be on the committees? What’s their agenda? How will they be appointed? Will the committees include journalists? If so, which journalists?

Will the committees be able to say, ‘No,’ to high level figures with political or religious clout? The Minister says that the law, if read correctly, levels the playing field, ‘…making no difference between the ordinary citizen and officials…’ That would be nice, but frankly, I don’t believe it. Officials and the well-connected often get the benefit of the doubt, deserved or not, that ordinary citizens do not. Nor is this an exclusively Saudi or Arab media problem. In the US, former Senator and Presidential Candidate John Edwards—now charged with several crimes—certainly got special media treatment, if only (but not) through the media’s choice of what not to report on. The new law has no obvious bar to this abuse of media.

To be fair, I should give the Minister and his new law a chance to be amended. Perhaps there will be amendments that pull its teeth. Khoja says that these by-laws will be coming after Ramadan. I’m willing to wait and see, but I don’t think they’ll fix the problem. Rescinding this law would fix the problem.

JEDDAH: Abdul Aziz Khoja, Minister of Culture and Information, has said he is to hold a “wide-ranging” meeting after Ramadan with figures from the country’s various cultural fields to review topics of concern.

Speaking in an interview with Okaz/Saudi Gazette, Khoja gave his views on a range of issues, notably the recent amendments to the Press and Publications Law, which have resulted in a degree of anxiety among journalists and writers given that the changes and additions were announced within a wider context of a discourse calling for greater freedom and transparency.

The minister said he was “surprised at some persons’ interpretations and fear of the amendments”.

“A discerning read of the amendments shows that they in fact give greater room for freedom and transparency and constructive criticism,” Khoja said. “They don’t give anyone immunity, and if there are some restraints and reservations that is only to be expected as it is normal the world over.”

He said the amendments forbid “injurious or misrepresentative attacks on anyone”.
…

I’m sorry, but it is not the government’s job to decide which media flourish and which fail. That is up to the consumers of information. The Saudi government already has the Saudi Press Agency to carry its own news with its own spin. It should not have the power to manipulate licensure of a supposedly free press. If print media fail, then they no longer meet the demands of consumers. If they get swept aside in a current of new media, that may be very unfortunate on several fronts. It is not something the government should concern itself with.

Again, this is not just a Saudi issue… there are print media in the US now looking for a ‘government bailout’ to keep them afloat. It is simply bad policy to do it.