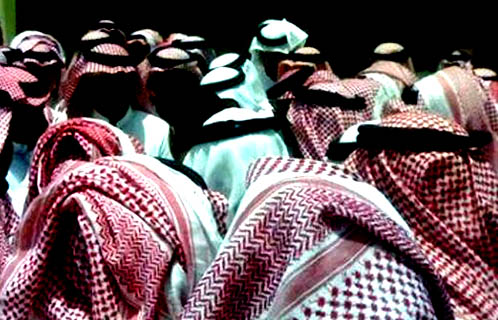 Jaad Ameen Jaad is used to deadline pressure. He builds hotels and operates his family-owned Crom Hotels & Resorts International in the highly competitive tourism industry. However, next month Jaad faces a different kind of deadline under the Nitaqat nationalization program that may force him to employ Saudis without qualifications.

In May, the Ministry of Labor launched Nitaqat — literally meaning “layers” or “ranges” in classical Arabic — to do what Saudization could not: increase the number of Saudis in the workforce.

The Saudization program required an across-the-board hiring system to increase employment of locals to 30%, but never exceeded a third of its goal. Nitaqat features a more nuanced system. There are 164 different quotas based on the performance of individual businesses that must employ a certain percentage of Saudis according to the size of their workforce and the type of services. On September 10, Saudi companies must demonstrate they have met the quotas.

Jaad says the deadline for compliance is unrealistic.

“The time given to us by the Ministry of Labor is too short for us to organize our needs,” he says. “It takes a long time to transfer iqamas [work permits] or even bring in new employees from abroad, especially during Ramadan. What’s worse is that the ministry is considering Ramadan as part of the time allocated for us to finish this business. They work only 24 days in the month and their working hours are very short.”

Nitaqat uses the carrot-and-stick approach. It rewards companies that meet the deadline to employ Saudis and punishes those that do not.

Each business is assigned to a category of red, yellow, green or premium code based on the number of Saudis on the payroll. Red and yellow companies are those that don’t have enough Saudi employees. These companies risk losing Labor Ministry services, such as visas transfers or extensions. Yellow companies can apply for new expatriate visas and visa transfers starting September 10, with the caveat that visa renewals can continue only for workers who have been less than six years on the job as of 2011.

Red companies are hit the hardest. They stand to lose all their visa and work permit privileges if they don’t demonstrate recruitment of Saudis. But Nitaqat permits red companies a grace period until November 27 to renew work permits for expats.

Crom Hotels is better off than many private companies. Crom is in the green category because it meets the Nitaqat requirement that between 18% and 39% of its workforce is Saudi. As a green company, Crom can hire expatriates, obtain new visas or transfer them, and even raid red and yellow businesses to recruit new workers.

While that is all well and good, Jaad says he is under pressure to hire Saudis who are either not qualified or fail to finish their contract.

“We find ourselves sometimes forced to hire Saudis who aren’t qualified,” Jaad says, noting that some Saudis simply walk off the job without finishing their contract. “The Ministry of Labor should implement laws to force Saudis to finish their contracts with us without carelessness.”

Saudi Arabia is notorious for its reliance on foreign workers, which number about eight million in a country with a total population of 26 million people. The sudden influx of massive oil revenues beginning in the 1970s resulted in a generation of men who preferred office work and disdained manual labor. Millions of foreign workers picked up the slack, but they also sent billions of Saudi riyals to their home countries instead of spending money in the kingdom.

Beginning in the 1990s, the Saudi government embarked on its ambitious Saudization program to wean the kingdom from its reliance on foreign labor. Saudis generally regard Saudization as a failure as companies have long grown comfortable with expatriate labor and view Saudis as lacking a work ethic.

The work ethic issue rankles Labor Minister Adel Fakeih, who lamented recently that “negative stereotypes” hinder Saudi employment. Fakeih even urged employers to hire Saudis without qualifications and give them on-the-job training to bring them up to speed.

Usamah Al-Kurdi, a member of the Shoura Council, Saudi Arabia’s quasi-legislative body, says that the work ethic issue is not grounded in fact.

“Frankly, I have had my own experiences with Saudization as far back as 20 years ago,” Al-Kurdi says. “And it took a lot of effort, but it’s not an impossible job and the professionalism was quite satisfactory.”

Al-Kurdi says negative stereotypes persist because private foreign-owned companies rely on a deep expatriate labor pool. “Most companies don’t have their own experiences [with Saudis] and worry about Saudis’ work ethic.”

But the lack of a recruitment infrastructure is the bigger obstacle to employment, Al-Kurdi says.

“There is a recruitment problem because there aren’t sufficient offices and statistics that will satisfy the private sector,” Al-Kurdi says. “The unemployment scene has changed dramatically. There have been two important changes. One is the number of university and diploma graduates coming into the market, and two, are the [government] arrangements to recruit women.”

He adds that, “the combination of these two changes will help make private companies satisfy the quota.” Yet recruiting these new graduates will be cumbersome without a comprehensive recruitment program, he says.

Ali Dakkak, assistant professor of business management at Prince Sultan College and a business consultant, says the lack of a minimum wage law also hinders Saudi recruitment. Simply, foreign-owned businesses don’t want to pay the same salaries to Saudis as they do expatriates. Starting salaries for Saudis are as low as SR 4,000 ($1,066) per month, compared with some expats who receive SR 8,000 ($2,133) a month.

“The salaries for Saudis are low and there are long working hours,” Dakkak says. “Saudis can’t compete with expats for higher salaries. So far these companies aren’t willing to pay Saudis the same wage as expats.”

One area doing well is the banking sector, with most financial institutions in the green category, although the vast majority of Saudis employed in banking fill lower management positions.

But Al-Kurdi notes, “The percentage of Saudis in lower management is high. As you get more educated and more experienced, it is easier to fill senior positions. It’s only natural that Saudis fill the lower and mid-management positions and climb the ladder.”

This post was originally published in The Media Line.