Saudi Elections: What Exactly Was the Point? 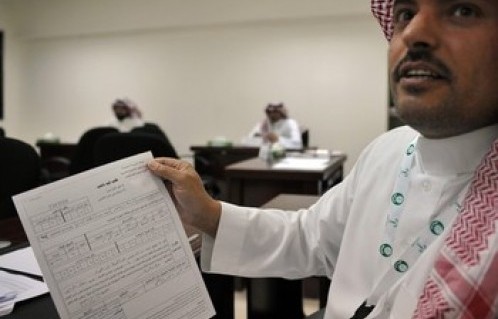 Following the King’s decree that women would be able to participate in the next round of municipal elections (2015) as both voters and candidates, many critics argued that the Municipal Councils were worthless, were ‘pretend’ governance. They have a point if they look only to the present, forget the past, and cannot see the future.

I believe the Saudi government is well aware of the failed parliaments in neighboring Kuwait and Bahrain, both of which were suspended by the governments in the mid-1970s. Rather than deal with the issues intended to be within their ambit, those parliaments got lost in the trivia of local power politics on the tribal and self-interest levels as well as in chaotic pan-Arabist, socialist, and other political philosophies. The government has also noticed how elections in Iraq have gone and has sought to minimize the sectarian and tribal influences. To avoid the chaos, the Saudi government – as I’ve argued in the past – appears to be training both voters and Council members in responsibility and accountability. The government acknowledges the limited scope of the Councils, but promises expansion over time.

Arab News editorializes on the current elections. It notes low voter turnout, motivated in part by a perceived lack of power. It also notes, though, that the next round of elections, with women’s participation, is not going to be troubled by non-voters. I think they’re absolutely right.

Editorial: A work in progress

What has rung out resoundingly from Thursday’s municipal elections is that they were free, fair and peaceful — and transparently so. That does not happen in every country. Moreover, this was only the second time Saudis had ever gone to the polls for a political election. Yet the contest was carried out in as professional and dignified a manner as in the most practiced of democracies. Praise and congratulations are, therefore, due to all those involved — to the election commission, to the 16,000 election officials in the 748 polling centers, to the 5,324 candidates themselves and their agents and supporters and, most of all, to the voters.

It does not matter that many people voted according to tribal and family allegiances. That was their choice. Moreover, although there were no parties involved, there were informal alliances and many of the voters had been made well aware of them in the campaign beforehand.

… This year’s lower turnout, if confirmed, cannot simply be put down to apathy or boredom. There has been a questioning about the role of the councils and what they have been able to achieve. This paper came across a number of registered voters who said they were not going to vote because it was a waste of time. That sense of disillusionment appears to have crystallized in a rejection of many existing council members. It is reported in Jeddah that only one previous member of the municipal council was re-elected. It is true that the remit of the municipal councils has been limited; they are responsible for services such as parks, playgrounds and care centers and the like. But more powers will be handed to them. In time, the overlapping administrations of local government will alter in structure and responsibility. That is what was always intended. The shape of local democracy and administration is a work in progress in Saudi Arabia. It is far from complete. This is early days for democracy in Saudi Arabia, but Thursday’s elections have been an important part of that process.