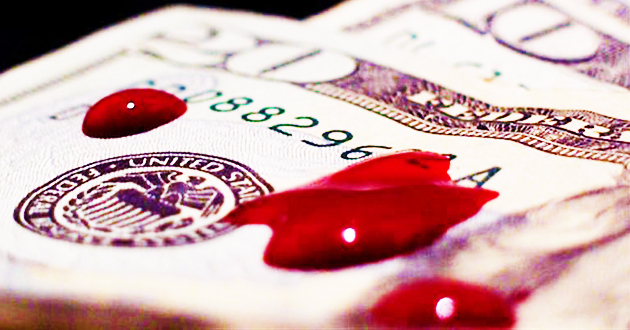 Saudi Arabia is a country where contradictions, both moral and otherwise, are common. One of the more perplexing contradictions lies in the realm of diyya, blood money. While the Quran admonishes that forgiveness receives its reward from God, it also authorizes the collection of blood money by the family of one killed through intent or accident. If neither forgiveness nor blood money is forthcoming, the culpable party faces execution.

Both Saudi Gazette and Okaz report on the issue and find that some view tragedy as a way to grub millions of Riyals out of the families of those charged with causing a death. If one cannot pay, then it’s off to the square for a bit of head-chopping. This, the writer says, runs contrary to Islamic purpose and needs reform.

The article notes that there is an effort to establish a foundation that would raise money that would be paid for diyya, but would also serve to mediate cases, seek ways to find reconciliation before capital punishment is inflicted. That sounds like a good idea.

In compliance with this verse, there are people who forgive for the sake of Allah without expecting anything in return. It is also due to their belief that losing a loved one cannot be compensated by the money of the whole world nor its treasures. Such people seek reward only from Allah Almighty.

On the other hand, there are people who pardon for the sake of Allah as well, but it is pardon on the condition that they be paid millions of riyals in return.

Sometimes the conditions are too difficult to fulfill. As a result, over 150 beheading cases are awaiting mediation (wasta) and the victim’s family to drop their case. However, the family insists that beheading be carried out or blood money be paid in millions.

Due to this condition, the issue of forgiving people sentenced to beheading has become more materialistic at the expense of values, to the extent that it has spoiled the aspect of society that calls for forgiveness and mercy. It has also distorted the image of people setting a good example and forgiving for the sake of Allah even if with some financial or moral return. Therefore, forgiving has now become “pardon for the sake of money” to the extent that the issue has become a trade in which lives are bought and sold.
…