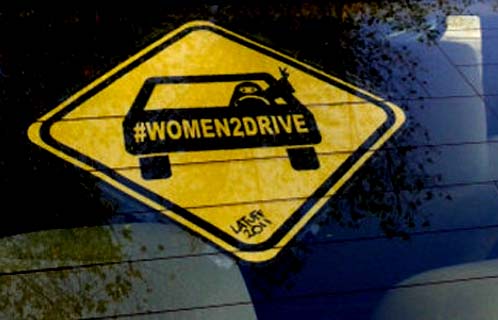 The Saudi Grand Mufti offers a bit of school-marmish advice to educators in this article from Saudi Gazette. Abdul Aziz Aal Al-Sheikh, perhaps inadvertently, also throws up a paradox that puts him at odds with the Ministry of Education. Schools need to be inspected, that’s a given. Girls schools are inspected by female inspectors, also a given. Female inspectors need to get to the schools they are to inspect, naturally. But that involves having females being in vehicles driven by the Ministry’s male drivers who are likely unrelated to the women. This presents a moral hazard which should be avoided, says the Grand Mufti. Short of teleportation, then, just how are female inspectors expected to get to their inspection sites?

Well, one solution might be to have them drive themselves there. I’m not sure that was the Grand Mufti’s intent, but it seems to be the only moral solution short of hiring male family members to drive the inspectors wherever they need to go. Perhaps there are unemployed Saudi males who would be eager to earn salaries driving their kin around, though I rather doubt it.

TAIF – Saudi female education inspectors of the General Administration of Education here have been warned about the impropriety of being driven by the administration’s drivers to remote areas when they inspect schools.

Sheikh Abdul Aziz Aal Al-Sheikh, the Kingdom’s Grand Mufti, in a closed TV circuit meeting with the female staff, said that such trips with drivers who are not related to women inspectors are dangerous and require an urgent solution, Arabic daily Al-Watan reported.

Aal Al-Sheikh raised with the education inspectors several issues which they face in carrying out their duties such as using the Internet and the administration’s stationery for their personal purposes. He said nothing in religion restricts the utilization of such things, but they should be used reasonably.
…