Obama’s Speech: The Key Points Made 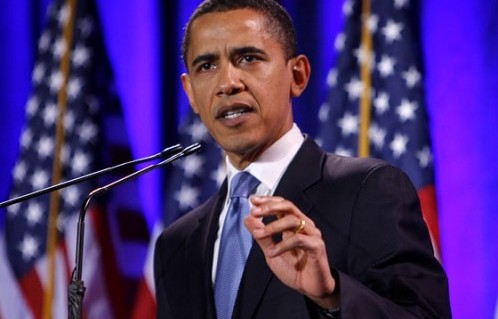 President Obama’s Arab Spring speech was standard fare: well composed, well targeted and spread thin in its attempt to appeal to multiple audiences simultaneously. It also reframed American policy in a rhetoric that attempts to show that “America’s interests are not hostile to peoples’ hopes” in the Middle East and North Africa.

Habiba Hamid, via Twitter, noted a “‘US democratisation agenda’ as distinct from democracy promotion” with the administration embracing a wider variety of political actors in region as a part of the region’s political evolution. (As the President said: “America respects the right of all peaceful and law-abiding voices to be heard, even if we disagree with them. We look forward to working with all who embrace genuine and inclusive democracy,” a tacit reference to Islamists.)

The speech contains little that is new: it is primarily a reiteration of current policy initiatives presented together with a narrative recalling the 2009 speech at Cairo. Below are thoughts on interesting highlights as far as this blogger is concerned.