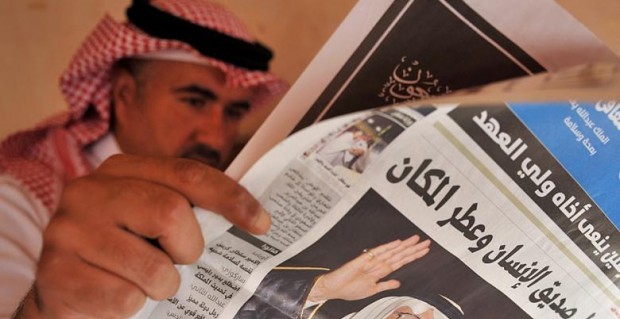 Times are about to get tough for writers and journalists in Saudi Arabia and other parts of the Arab world. As Saudi Twitter user HamzaKashghari has learned to his dismay, the powers that be are watching what people say. Newly empowered Islamist governments, like Egypt’s, are quite willing to use the power of the state to limit speech and expression and there is concern that it will become a weapon in resolving religious differences.

Saudi Gazette is reporting that publishers and editors are taking a big step back from supporting their own journalists. They have agreed to comply with the new press and publications law by directly docking the pay of writers whose work is found to be offensive. I can’t see how this will improve editor/writer relations or employee loyalty, but it does get the publishers off the hook for financial damages and, perhaps, from being shut down – temporarily or permanently – by the government. It certainly wouldn’t encourage me to become a journalist in the Kingdom. I do hope those Saudis now studying journalism are paying attention. They may wish to revise their career plans.

JEDDAH – A number of the Kingdom’s media houses are preparing to dock the pay of their journalists for any fines incurred for misreporting and defamation under the country’s newly-revised Press and Publications Law.

Reporters and opinion writers face fines of up to SR500,000 for violating the legislation.

Saudi Gazette has learned that media owners are redrafting contracts to allow them the legal right to deduct fines from the salaries of their staff.

The revised contract of a major Saudi publishing company now reads: “The first party in this contract (the publishing company President/Director-General), could with no legal consequences, deduct from the monthly pay of the author/writer (the second party in this contract), the necessary sum to pay for the financial fine imposed on him/her (the second party author/writer), by the appointed press committee of the Ministry of Culture and Information.”

One Response to Major Clampdown on Saudi Press Freedom