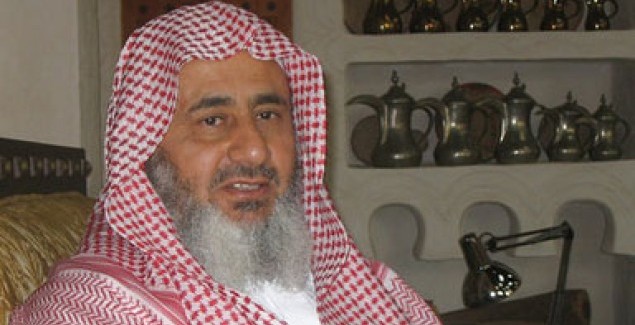 The BBC engages in a bit of plausible tea-leaf reading. It reports that Saudi Arabia’s King Abdullah has relieved Sheikh Abdelmohsen al-Obeikan – one of the more conservative religious sheiks – of his position as adviser to the royal cabinet. The article suggests that this is because al-Obeikan was getting too loud with positions contrary to those of the King, particularly when it came to the proper role of women in Saudi society.

Al-Obeikan became notorious when, a few years ago, he suggested that a way to permit men and women to work in the same offices would be for the women to share breast milk with the males in the office. This would create a relationship under Islamic standards, by which the men became family members of the women and therefore be ‘safe’ to be in the same location. His suggestion drew cries of disgust and ridicule among both foreign audiences and Saudis alike.

Saudi King Abdullah has sacked one of his most hardline advisers, Sheikh Abdelmohsen al-Obeikan.

Sheikh Obeikan, who was an adviser to the royal cabinet, opposed moves to relax gender segregation.

The dismissal comes shortly after Sheikh Obeikan attacked plans by “influential people to corrupt Muslim society by trying to change the natural status of women”.

Saudi officials did not give a reason for Sheikh Obeikan’s departure.

Saudi Gazette runs only a brief report from the Saudi Press Agency stating that al-Obeikan had been relieved of his duties. Arab News runs a somewhat longer, but no more informative article.