How 9/11 Forced Change in Saudi Arabia 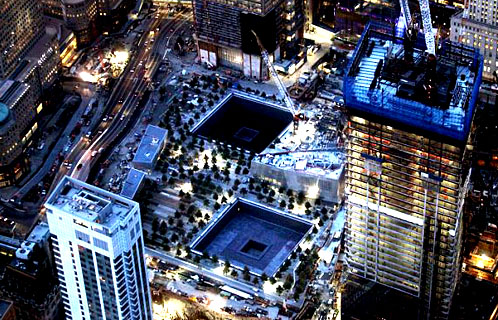 Asharq Alawsat‘s Salman Aldossary writes that the 9/11 attacks, which involved 15 Saudi nationals, had a profound affect on Saudi Arabia. It took time – Aldossary says months, but years is more accurate – but both the Saudi government and Saudi society awoke to the dangers they had helped create. I’ve argued that the ‘help’ was mostly through inactivity, intellectual laziness, and a willingness to extend trust too far. I’ll stick with that now.

Nevertheless, when Saudi Arabia awoke, it did move decisively. Its war against Al-Qaeda was successful in driving the group out of the Kingdom, though at some cost to individuals in both civilian life and the security sector. Through the actions of Crown Prince and then King Abdullah, hardline xenophobia and religious intolerance were halted and a new culture of dialogue was started. Serious government attention was paid to social issues and the media’s leash was slackened.

The article notes that relations with the US have greatly improved since the days following the attack. This is the result of the efforts on the part of both the US and Saudi governments, working to ease the tensions and improve their own images with the other’s citizens.

These changes could have and should have happened without the deaths of thousands to pay the price. That is not how history unfolded, though. We should be grateful that the changes have happened.

Saudi Arabia: A decade on after 9/11
Salman Aldossary

Between the American insistence on portraying it as a modern holocaust, and the insistence of others on clinging to conspiracy theories, the world has experienced a frightening decade following the infamous 9/11 attacks. During this time the world has seen two wars in Afghanistan and Iraq which has resulted in hundreds of thousands of people being killed and wounded. This is not to mention the financial cost of the war, estimated at $3 trillion, which has harmed the US economy and in turn affected the global economy. Although Saudi Arabia was one of the countries that was most affected by these attacks – as 15 of the 19 hijackers were Saudi citizens – it has also, relatively speaking, suffered the least losses. Indeed these losses have today been transformed into gains.

Saudi society required long months to comprehend the extent of this disaster that a group of its citizens were accused of perpetrating, whilst the confession [martyrdom videos] of the hijackers failed to assist those who are trying to promote conspiracy theories. It was only natural that the shocking participation of 15 Saudi citizens in this terrorist operation would place Saudi Arabia in a vulnerable position, and this led to clear hostility towards Saudi Arabia in many countries, particularly the US, which even reached the point of some US parties calling for the bombing of Mecca!