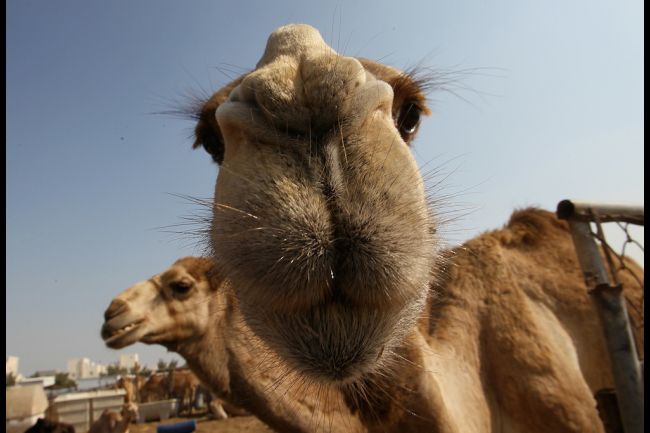 The possible link between camels and the MERS-CoV flu has a number of Saudis worried. As Arab News reports, camel breeders and herders are particularly concerned as their livelihoods could be threatened.

Some Saudis are worried that the link between the MERS virus and camels is not clear and that it could affect their livelihood as sellers of camel milk.

Yet the connection between Omani camels and a MERS-like virus has brought attention to the potential hazards of purchasing camel milk that has not been pasteurized.

“On one of Jeddah roads behind the football stadium you will find about three camel herds with their farmers sitting on the side of the main road,” said Abdulrahman

Hashim, a medical student. “You can walk up to them and ask them for milk and they will sell you some. This is extremely dangerous and lack proper hygiene not to mention that it is not safe for those on the streets driving their cars.”

Hashim said it appears the camels are not cared for properly.

“I would step away from taking their milk because we don’t know if they are clean or healthy so we all should stay away from them and other camels until this study [is] fully published and they find a cure for them,” he added.
…

Saudi Arabia is a great consumer of camel meat and milk. Both have seen a resurgence in the marketplace as ‘good, home-style foodstuffs’.

Camel milk, traditionally limited to Bedouins, is now showing up in boutique ice creams in the cities.

A piece at Riyadh Connect — taken from the British medical journal ‘Lancet’ — goes into a better description of what’s known and not known at present about the linkage between camels and the flu. It’s speculated that the flu actually arose in Africa — from which the Gulf States, particularly Saudi Arabia — import large numbers of camels. And more surprising, the virus may have transferred to camels as much as 18 years ago.

If this is so, then it has been slowly mutating until it has become a disease that can affect humans.