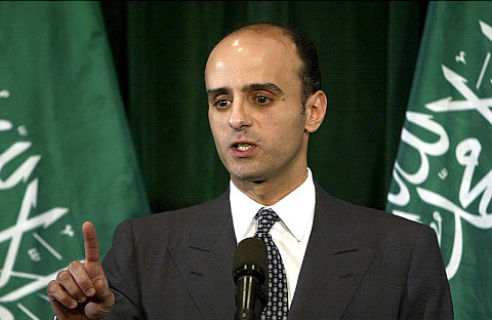 An allegedly Iranian plot to assassinate the Saudi ambassador in Washington has brought into sharp relief the threat posed to the popular revolt sweeping the Middle East and North Africa posed by a momentous power struggle that pits the United States, Saudi Arabia and Israel against Iran.

The murky plot that US officials admit has the makings of a Hollywood movie offers the United States and its two Middle Eastern allies an opportunity to reassert themselves at the expense of protesters on the streets of Arab cities seeking to ensure a democratic transition in Egypt and Tunisia and an end to autocratic rule in a swath of land stretching from the Atlantic coast of Africa to the Gulf.

At stake is the future of the region, with the United States, Israel and Saudi Arabia having a vested interest in containing the explosion of popular discontent with repressive, corrupt government and economic mismanagement and Iran struggling to preserve the benefits it reaped from the US invasion of Iraq and the Arab revolt that restored Shiite Muslim predominance in that country and allowed it to project its influence in the region witness post-Mubarak Egypt’s seeking of closer ties to the Islamic republic.

The stick the United States, Saudi Arabia and Iran are wielding involves a Texas used-car salesman allegedly trying to hire a hitman in Mexico to kill the Saudi ambassador in Washington, Adel al-Jubair. The salesman claimed that he has ties to Iran’s Quds Force, the covert arm of the Islamic Revolutionary Guards that is considered a force to be reckoned with. The salesman was nabbed because the hitman he approached turned out to be a US government informant.

Iran has denied the allegation, suggesting they were a pretext for further building an international consensus against the Islamic republic.

The charge, whether or not the allegation is true, is on the mark. The United States is using the alleged plot to further isolate Iran while Saudi Arabia insists that Iran must pay a price. Israel, meanwhile, appears to be clearing its deck by finally agreeing with Hamas on a prisoner swap that would bring captured Israeli soldier Gilad Shalit home from five years in Palestinian captivity and apologizing to Egypt for the accidental killing in August of five Egyptian when Israeli forces were pursuing militants near the Egyptian-Israeli border.

By the same token, Hamas’ agreement to a deal allows it to claim a victory at a time that Palestine Authority President Mahmoud Abbas has little to show for himself. It also enables it to cosy up to Egypt, which mediated the deal, as an insurance policy should the group’s main benefactor, Syrian President Bashar al-Assad fail to survive mass anti-government protests demanding his departure and Western economic sanctions.

Saudi-Iranian tensions have been mounting this year with the kingdom accusing the Islamic republic of fuelling anti-government protests in Bahrain as well as in its oil-rich Eastern Province. Saudi-backed efforts brutally quelled the uprising in Bahrain earlier this year but failed to stamp it out. The protests were effectively pushed out of the Bahrain capital Manama and into the villages and this month briefly spilled over into the Eastern Province.

Saudi forces quickly contained the protests that nonetheless drove home the fact that the kingdom is unlikely to remain unaffected if the wave of protests is allowed to continue. Saudi Arabia’s efforts to isolate itself are further compounded by the kingdom’s inability to mediate an end to the crisis in neighbouring Yemen that is teetering on the brink of civil war and disintegration and could send thousands of Yemenis fleeing to the kingdom.

King Abdullah has so far been able to largely insulate the kingdom by investing in excess of $100 billion in social welfare at home and elsewhere in the region. Human Rights Watch called this week on Saudi Arabia to halt the arbitrary arrest of hundreds, if not thousands, on charges of being militant extremists.

The Obama administration increasingly is being cornered by the gap between its declared support for the Arab revolt and the fact that the uprising threatens its strategic relationship with oil-rich Saudi Arabia. The US has a vested interest in ensuring that the revolt does not hit the kingdom full force, a development that would not only significantly undermine its strategic interests regionally as well as globally, but also those of its closest ally in the Middle East, Israel.

Already, the Obama administration is finding it difficult to wield its influence in the region with a more assertive Arab public opinion demanding that it put its money where its mouth is with regard to the revolt as well as its declared support for an independent Palestinian state.  US support for the revolt undermines its ties to key autocratic allies like Saudi Arabia while supporting Palestinian independence with deeds rather than words would put it on a collision course with Israel.

The solution to the US, Saudi and Israeli dilemma is focusing attention on Iran at the expense of the Arab popular revolt. The strategy is also designed to prevent power in the region shifting from Israel and the Gulf to Turkey and Iran. Turkey’s star has been rising with its emotional support for Palestine, its deteriorating relations with erstwhile ally Israel and its perceived support for the revolt.

The fact that Turkey is ruled by an elected Islamist government coupled with its pro-Palestinian stance and denunciation of the brutal Syrian crackdown on anti-government protesters has shielded it from criticism that it like the United States has an interest in maintaining the status quo in the Gulf and elsewhere in the region.

Syria could well prove to be a crucial flashpoint in the emerging power struggle in the Middle East and North Africa. The fall of Mr. Assad would deprive Iran of its foremost Arab friend and a key conduit to its Lebanese Shiite ally, Hezbollah. Without Syria, Iran would be left with Iraq, which has joined Iran in supporting Mr. Assad, but is unlikely to be as compliant and strategic a friend as Syria is.
US and Saudi efforts to further isolate Iran on the back of the alleged plot to kill the Saudi ambassador compounded by calls by Syrian opposition elements to respond with armed struggle to Mr. Assad’s brutality that has so far cost some 3,000 lives could cause the Islamic republic significant pain.

At the same time, the morphing of the Syrian protests into a civil war much like what happened in Libya would put the United States, Europe and the Saudi-led Gulf countries between a rock and a hard place. There is little appetite in the US and Europe for a repetition of the six-month military campaign in Libya that ensured the ousting of Moammar Qaddafi by Libyan rebels. A Western and Arab failure to fully support an armed Syrian revolt would offer Iran a badly needed opening.

Whichever way it goes, the people power revolt across the region has the most to lose and could find itself in the grinder as the United States, Saudi Arabia, Israel and Iran jockey for power and seek to contain what poses a short-term threat to their interests but long-term offers the best hope for greater stability in a geo-strategic part of the world.