A Surprise Announcement But Is it Enough? 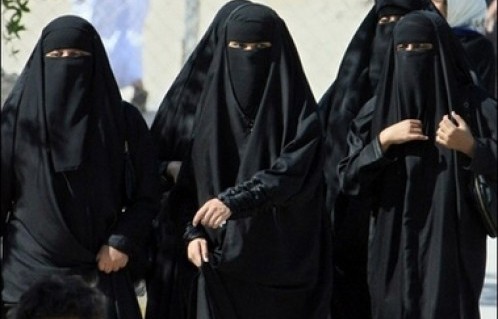 Fittingly, Saudi media gives extensive coverage to King Abdullah’s decision to grant women political rights. Asharq Alawsat provides the text of the King’s statement to the Shoura Council. Arab News looks at the measure and tries to gauge its impact. I expect much more commentary as writers have time to digest the statement.

This decree is, for Saudi Arabia, what the 19th Amendment of the US Constitution was for America. It grants equal political rights to women as men already had. Now, Saudi Arabia is a monarchy, not a republic, so the breadth of those rights is not at all the same. I would argue, though, that having established a basis of equal political rights, when Saudi Arabia does shift its form of government to a more representative one, women will be fully included in whatever form it takes. In the shorter term, I expect that women in political position, whether appointed to the Shoura Council or elected to Municipal Councils, will not be satisfied with the status quo.

Custodian of the Two Holy Mosques King Abdullah’s announcement that women will become members of the Shoura Council (consultative body) and will be allowed to vote and contest the municipal elections is an extraordinary development.

The king, who is quietly leading the incremental changes at a measured pace, urged his countrymen to meet the challenges and obstacles on their path and work hard to overcome them. He said the Kingdom aims to achieve balanced modernization that conforms to Islamic teachings and values while emphasizing the key role played by women in Islamic history.

Change has been slow, but the king has accelerated the reform process by working within a consensus that takes into account the varied viewpoints in the Kingdom. The sagacious king has bided his time in bringing about these changes, thus highlighting his vision with clarity and determination.
…

JEDDAH: Prominent Saudi women welcomed Custodian of the Two Holy Mosques King Abdullah’s decision to allow women to become members of the Shoura Council as well as vote and run for municipal councils.

The Khadija bint Khuwailid Center, based at the Jeddah Chamber of Commerce and Industry, first made a recommendation to politically empower women in 2007, according to the center’s Executive Director Basma Omair.

“We demanded Saudi women’s participation in the Shoura Council and the Council of Ministers in 2007. In 2011 we demanded the right for women to vote and enter the municipal council elections among other recommendations,” she said.

“Now these dreams have turned to reality after the king’s decision to empower women.”
…

JEDDAH: Chairman of the Municipal Election Commission Abdul Rahman Al-Dahmash said the participation of women in the next election as voters and candidates would strengthen the Kingdom’s electoral experience. He hoped the spirit of the National Day would encourage all Saudis to participate actively in the Sept. 29 elections.

Jedaie Al-Qahtani, spokesman of the commission, described the king’s announcement as historic. “It allows women to participate in municipal elections on an equal footing with men,” he pointed out. He said the decision came in line with the king’s desire to involve all members of the society in nation-building efforts.