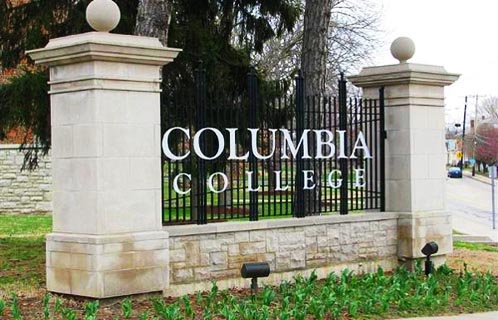 There’s a quiet revolution underway in Saudi Arabia. I say “quiet” because there are no street demonstrations in Riyadh, Madinah and Jeddah or Facebook and Twitter campaigns. Rather, the revolution is occurring in the Kingdom’s universities and on campuses abroad with Saudi women leading the way.

An estimated 56.6 percent of students in Saudi and foreign universities are women. About one-quarter of 110,000 Saudi students studying abroad are women with the backing of the King Abdullah Foreign Scholarship Program. In addition, the Saudi government earmarked SR150 billion ($40 billion) in the 2011 fiscal budget for education and training, a 9 percent jump in spending over the 2010 fiscal year. The country’s education budget accounts for about one-quarter of the country’s entire budget of SR580 billion ($154 billion).

Although nearly 4,000 schools and 10 colleges are planned or currently under construction in the Kingdom, perhaps the most significant news is the foreign scholarship university program that has given Saudi women easy access to a free undergraduate or postgraduate education to just about anywhere in the world. Western universities top the list of the most desired education.

Yet Saudi Arabia is facing a crisis when its female students return home to find no jobs and a patriarchal society that has done little to give them equal footing among their male peers. The Saudi women I have spoken to on British university campuses expressed little enthusiasm for returning to a country that undervalues their university degree by giving them less than meaningful employment. Instead, many women are looking to other Gulf countries and the West where jobs will match their degrees and they can live a more fulfilling life.

The Saudi government recognizes the threat of a female brain drain. Authorities have eased some of the more restrictive laws, such as lifting the gender-mixing ban in the private workplace in the Makkah Region.

However, it may not be enough to meet expectations of returning female students who are enjoying almost complete freedom to do as they please in the West. Through the King’s scholarship program, all women students must have a mahram (legal guardian). The requirement poses logistical challenges because the guardian must live with the student during her studies that can last up to five years. Foreign governments do not allow the guardian to work. Many Saudi women solve this problem by having a brother or young male relative accompany them and enroll at the same university. Students with children have their husbands take over the domestic responsibilities while they attend class and live on the scholarship money. In the United Kingdom, the ministry gives a Saudi female student and her guardian about £1,700 ($2,700) a month and pays all tuition costs. Some students simply send their guardians home after a few months and live alone on about £1,100 ($1,745), plus tuition, each month.

Most female students have abandoned the abaya and niqab (face veil), and more than a few do not wear the hijab (headscarf). Women students work side by side with men, which is not permitted at most Saudi universities. They obtain international driver’s licenses and often buy their own cars during the duration of their studies.

The goal of the King’s scholarship program is to educate Saudis to bridge the gap between the West and Middle East and to integrate women into the Saudi workforce. Jobs for women, however, are often limited to teaching positions at secondary schools and universities. Many of these jobs are waiting for them when they return to Saudi Arabia.

While Saudi women do pursue teaching careers, anecdotal evidence suggests that many have no interest in teaching, but hope to gain employment in private business. Given that Saudi male-owned private business are notorious for refusing to hire women in decision-making positions, graduating students are looking beyond Saudi Arabia for employment. Saudi women pursuing work in Bahrain, Qatar, the United Arab Emirates and the United Kingdom poses a real threat to the Saudi government’s vision of a degree of parity in the workplace.

The Ministry of Higher Education is aware some Saudi students decide not to return home. The ministry recently notified its cultural attachés to investigate and take legal action against scholarship students who seek permanent residency or citizenship in the countries where they are studying. The ministry will suspend the scholarship and demand a refund if students are caught. Yet the government has been unsuccessful in reducing unemployment or persuading private business to hire women in management positions.

Saudis, though, can never be accused of putting the cart before the horse. Providing an education is the priority. For now, the government is aggressively pushing university students to study abroad. In the United States, 38,000 Saudi students attend colleges and universities, which exceed the number of Saudis studying in the U.S. before 9/11. About 15,000 Saudis are enrolled in the United Kingdom and 10,000 in Canada, according to the Saudi Ministry of Higher Education.

The ministry expects worldwide enrollment to leap to 150,000 over the next few years.

In the United States, the Higher Education Research Institute reported that enrollment of Muslim students increased dramatically at Catholic colleges and universities. Catholic University in Washington, D.C., for example, has seen its enrollment of Catholic students drop since 2006, but had admissions of Muslims more than double from 41 to 91 for the 2010 fall semester. The majority of such admissions are Saudis.

The spike in large numbers of Saudi women earning university degrees may be meaningless if the Saudi government is unable or unwilling to reduce the 28 percent unemployment rate among working age women. And if young women are not going to find a job at home, they will find it elsewhere.