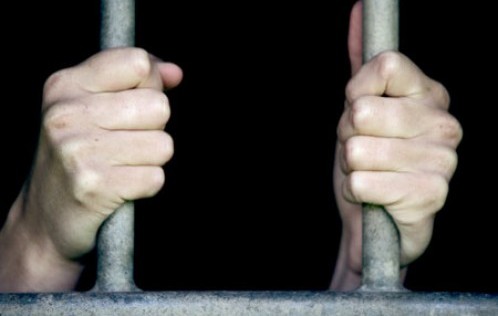 A judge in Qatif, in Saudi Arabia’s Eastern Province, recently weighed the consequences of a young man’s theft conviction. The choice was either to send him to prison or to order him to perform 30 days of community service working in a hospital emergency room.

While time in prison is customary under Saudi sentencing practices, the judge opted for community service. The sentence went unnoticed by the Saudi media, but it marked a significant shift in the attitude of the Saudi judicial system, which is more determined than ever to keep people out of jail and let them contribute as productive members in their community even as they are punished.

Community service is a relatively new concept in the kingdom, but the General Administration of Prisons (GPA) has been working under the radar to develop a series of sentencing alternatives to keep the prison population low and to prevent families from losing their principal source of income.

The prisons administration throws in traditional methods of rehabilitation, such as memorizing the Qur’an, with more modern alternatives, like adult education courses accredited by Saudi universities.

“We don’t want the families to suffer and losing the breadwinner of the family would be a hardship,” Maj. Gen. Ali bin Hussein Al-Harithy, director-general of the GPA, told The Media Line.

Saudi Arabia has 40 permanent prisons and 60 transitional facilities, housing about 44,500 inmates at any given time, according to the Saudi General Presidency of Prisons. Per capita, the Saudi prison population numbers just 110 people per 100,000 people. That’s a low number, especially given that Saudi nationals account for just under half of the prison population, but other countries, including many in the Middle East and Western Europe have incarceration rates of 100 or less.

The GPA closely guards the conditions and operations of facilities holding prisoners on alleged security violations. However, U.S. Justice Department reported in its 2005 Country Report on Human Rights Practices that Saudi prisons for criminal offenders are “generally acceptable” according to international standards.

The kinder, gentler punishment regime is not the only such program the kingdom operates. Better known and more controversial is a counseling program for terrorists, who are sent to a former desert resort outside Riyadh. They play sports, take art therapy and attend classes by clerics and social scientists on religious subjects.

If student pass an exam at the completion of the course, they may be approved for release. If they fail, they can repeat it.

The GPA is under the umbrella of the Ministry of Interior and correctional authorities are loathe to discuss prison operations much less the types of rehabilitation programs they offer offenders.

Saudi prison warden Abdul Karim, who studied prison management at Ohio Northern University, told Ohio’s Dayton Daily News recently that Saudi prison officials are not permitted to discuss the kingdom’s prison system. But he described the Saudi prison environment as much like U.S. facilities.  “The prison environment is the same around the world,” Karim told the newspaper.

However, Al-Harithy says in a rare interview that the GPA is developing a codified system of alternative programs – some based on Western alternative-sentencing laws – that include adult education, work-release programs, community service and electronic monitoring to reduce overcrowding and to integrate released prisoners into society. The programs employ a quasi-honor system that keeps prisoners under the watchful eye of prison authorities, but the freedom to move about to earn a living.

“First we want to make sure that we don’t have any possible overpopulation in any prison and second we don’t want to expose people to the prison culture that we all agree is something we would not like to have at all,” Al-Harithy says. “No matter what we do or what rehab programs we introduce, this culture will always be worse than anything beyond the walls of prisons.”

Al-Harithy says offenders sentenced to prison can earn early release or participate in work-release programs by performing social and community work. Work includes cleaning mosques, helping the elderly and people with special needs, or working with local traffic departments. Offenders convicted of capital offenses or crimes deemed misdemeanors are not eligible to participate.

Minimizing confinement whenever possible is a key component of the strategy. Work-release programs allow inmates to leave the facility at 7 a.m. to work at a job and return by 5 p.m. It is similar to Western prison alternatives such as that in France, but operated with looser restrictions. Inmates, for example, do not register at local police stations.

“But we know where they are,” Al-Harithy says. It also helps that Saudi society has a de facto Neighborhood Watch tradition in which everybody’s business is a matter for public consumption. Few inmates working outside prison walls can escape the scrutiny of their neighbors.

Meanwhile, the Interior Ministry routinely sends its correctional managers to the U.S., Canada, France and some Arab countries to bone up the latest methods.

In 2009, Saudi Arabia sent 30 prison administrators to Ohio Northern University for a two-year Prison Management program. The program teaches the U.S. criminal justice system and English. It also includes touring statewide prison facilities and an internship with the Ohio Department of Rehabilitation and Corrections.

The Interior Ministry implements some Western notions of rehabilitation and ignores others. But the bottom line is to codify a system, which once was largely informal, to encompass all aspects of rehabilitation as it applies to Islam with a healthy dose of common sense education programs.

“We have education programs that vary from illiteracy to the university level,” Al-Harithy says. “We implement distance learning and recently the University of Qassim and Imam University opened classes inside the prisons.”

An alternative to secondary school or university education is vocational training that responds to the demands of the Saudi labor market.

Some inmates may opt for more traditional methods to reduce their sentences. Inmates can expect sentences reduced by up to 50% if they memorize at least half of the Qur’an and memorized the 40 main Hadiths, which are the sayings and teachings of the Prophet Muhammad.

Abdullah Muhammad Al-Harbi, 38, who served two years in a Medina prison on an assault conviction, told The Media Line that prison authorities reduced his sentence by two years because he took Islamic studies courses and memorized the Hadiths.

“I studied the Holy Qur’an because I felt I had to so I could leave prison early, but it turned out to be best for me,” Al-Harbi says. “I now help the neighborhood kids with their studies and it keeps me out of trouble.”

A relatively new concept is the use of electronic ankle bracelets that keeps tabs on sentenced individuals confined to their home, neighborhood or city.

The Interior Ministry’s Electronic Surveillance Project allows convicted offenders to serve their sentence either at home or within a specific radius of their home or neighborhood to allow them to work. The ankle bracelet links via GPS technology the offender to a control room. The new program eases jail and prison overcrowding and allows humanitarian leave to attend a funeral or visit a patient in the hospital.

“We have the best prison system in the world,” Al-Harithy says. “There is nothing else like what we do here.”