Qatar’s Villaggio: After the Inferno, The Questions… 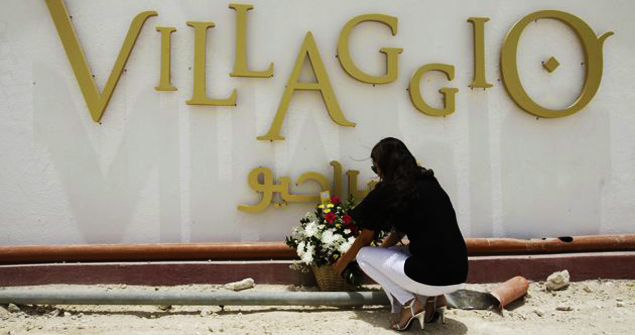 As the smoke clears and the ashes cool in what remains of Doha’s most luxurious mall, people all over the world are asking, how could this happen?

How could a small fire in a corner of the mall lead to the deaths of 19 people, 13 of them tiny children, as well as 4 of their teachers and 2 firefighters who died trying to help?

Yesterday as news of the fire in Qatar’s Villaggio mall spread, many of us sat transfixed, searching social media sites, glued to televisions, waiting for the news to trickle out and hoping that the rumors of deaths would turn out to be false.

Information was finally released to the public late in the evening after a closed press conference. Yet today many people are left feeling that they have more questions than they do answers.

Official Qatar Ministry of Information news pointed to “lack of floor plans, thick smoke and heat and malfunctioning sprinkler systems” as possible culprits in this tragedy. A full investigation into the causes of the blaze is promised.

In the meantime, a wave of grief is washing over the Gulf and across the world. Many people have taken to social media sites to express their sorrow and condolences for the victims and their families. Various memorials and public gatherings are being planned as well, both in Doha and in the home towns of those who died.

Many people are also questioning the safety standards of the region. Residents are left feeling that if they’re not safe in the luxurious, climate-controlled environs of Doha’s finest mall, they’re not safe anywhere.

Perhaps the best response could be a renewed focus on safety. Check your fire alarms. Install them if you don’t have them. Buy fire extinguishers. Check fire exits. Demand safety accountability from management and owners of apartments, workplaces and shopping centers.

Let’s mourn those who were lost yesterday and honor their memories by making sure this doesn’t happen again.

Christina Hebert is a teacher and writer currently based in Abu Dhabi, U.A.E. She can be found on Twitter: @ChristinaHebert

One Response to Qatar’s Villaggio: After the Inferno, The Questions…