The Quiet, Undiscovered Joys of Oman 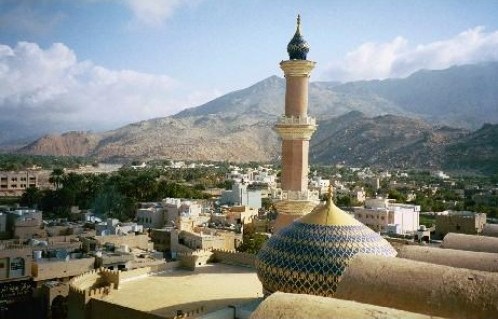 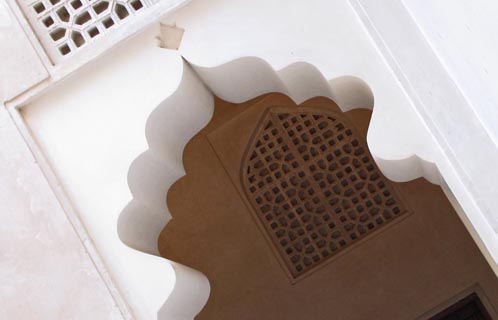 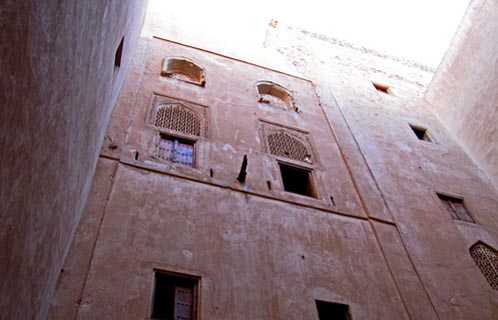 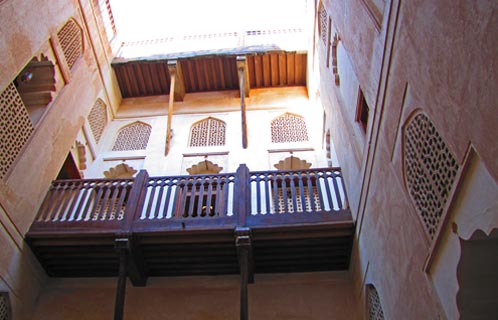 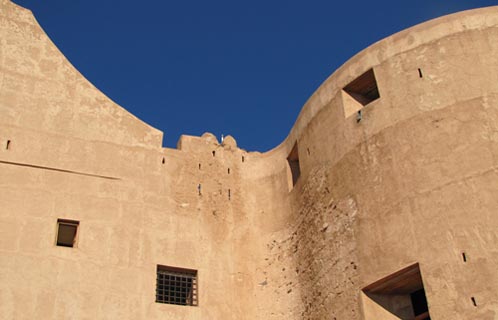 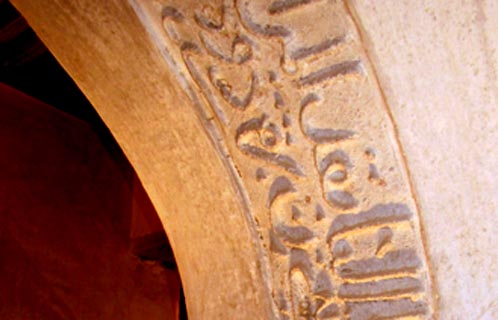 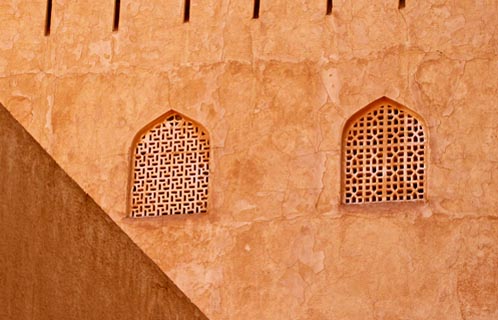 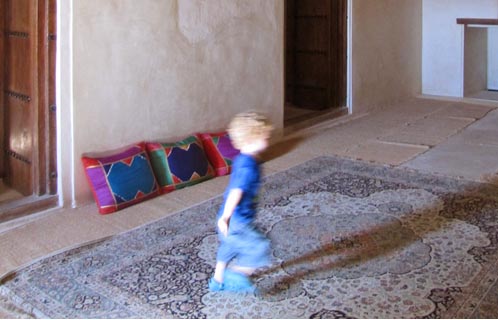 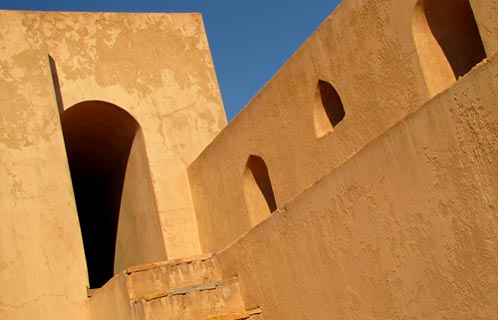 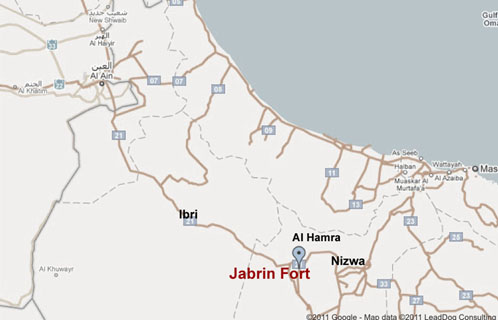 Muscat. If you say that word in my home town, what comes to mind is an unctuous ambrosia made in the Rutherglen region. Sweet, drippy, fortified wine that is produced in a solera method, a little like a sourdough – the wine goes into barrels and is aged. Half is taken out and drunk. The rest is mixed with new stock, and returned to the cellar for further ageing. This happens time and time again, until eventually it is impossible to tell how old the wine coming out of that barrel actually is. Regardless, it’s gorgeous stuff.

In this part of the world, Muscat is a city on the other side of the Hajar mountains, a quieter, more traditional version of a west-friendly Middle Eastern City. It’s rare for anyone who lives in Dubai for more than a couple of years not to visit it – it’s a 6-hour drive, or short plane trip away, and particularly during Summer, a welcome few degrees cooler. But most people take the beach road. Little do they know, but the desert road has wonders for them to explore – tiny settlements built up year, upon year, upon year, a melding of both old and new, that must not be missed. I will tell you about many over time, but one of the most picturesque of these gems is Jabrin Fort.

We drive through Al Ain, and take the Jebel Hafeet road, and cross the border there. It’s a sleepy outpost – no queues of trucks waiting to get through, no tourists, barely a man and his goat. Jebel Hafeet is a lonely blip on the landscape, so we put on a good CD and enjoy having time to talk with the family – the landscape is a flat wasteland for at least an hour.

Then the sand changes texture. It becomes rockier, deeper in colour, sparse vegetation appears by the way of thin ghaf forests and organic gargantuan steel wool bushes. We pass through the oasis town of Ibri, where, those who are brave enough can stop at the VERY traditional souk, maybe picking up some silver, camel bags, or a live goat to throw in the back of the ute. Take note, no McDonalds here. Those who can’t bear the local food better come packing items of modernity.

We drive on, and then all of a sudden, we are on another planet. Mountains rise out so suddenly, initially we mistake them for a mirage. The colours are surreal – deep red, ochre, gashes of blue-black. The texture is like Mars – Some of the ranges appear ribs of deposits, others rent from the crashing of landmasses, still more appearing like giant stone frisbees thrown by the Titans in an ancient game.

Occasionally we pass a roadhouse, a mosque, a service station. Nothing more. It would be possible to take this road the entire way to Nizwa, unaware there were hidden settlements. Bahla, and Al Hamra mustn’t be missed, but they are for another day. We find the Jabrin turnoff just before Bahla – sometimes spelled Jabreen, others Jabrin, and even Jabberin. A five minute drive will takes us from the alien landscape and modern highway into a piece of Omani History.

It was built in the 1670s by Imam Sultan bin Saif Al Ya’arubi, and has been preserved impeccibly, but additionally recently restored. We step through the stumpy openings that hold  four-inch-thick wooden doors, and bow our heads, just as intended – traditionally, it’s best to walk into a room with eyes lowered – one wouldn’t want to catch the lady of the house unawares. It’s  dark. The walls are smooth, like new plaster, but chalky and cool.

Arches lead through to the central courtyard and the light source. I take a quick in-breath – it’s really quite beautiful. The kind of thing you would expect to see on a movie set, not here to be touched and walked on. Arches and stairs lead up and down, around and about. It’s like the Dr Who’s Tardis. It doesn’t appear this big from the outside, but here we are, on level two, three, four, then on the roof, blinded by the sun, then silenced by the view. Then we walk down again, three, two, one, and below.

Here, it is dimmest of all, cold and quiet. The basement floor is corduroyed, small trenches used to flow with water or date honey and oil. Imam himself rests here under the floor for eternity. The walls and ceilings are carved with arabic script, the meaning unknown to me, possibly a poem, and excerpt from the Qur’an, an epitaph?

The friendly gatekeeper hurries us out with as much politeness as hustle. It’s 4:30, and the fort closed at 4pm. He doesn’t mind, he says, smiling, ruffling Goldilocks hair, allowing our extra photos, asking us in broken English about Australia, and how we like living in Dubai. He closes the door behind us, and we realise that we had been only among ten other tourists. It’s a remarkable thing, discovering something so important to a tourist trail, and knowing that less than 1% of the world knows anything about it. I get the feeling Oman and it’s people like it this way – maybe that’s why they are always smiling to themselves so happily.

The opening hours are as sparse as the vegetation in the desert. 9am to 4pm Monday to Thursday, 9am to 11am Friday, and 9am to 2:30pm on Saturdays and Sundays.

We stayed overnight at the Golden Tulip hotel. It’s just outside of Nizwa, clean and servicable, but nothing special (although the astroturf around the pool really was something to behold). The curry was pretty good. There are a couple of other hotels and a guesthouse, but none really come highly recommended. It takes about 4 and a half hours to jet to Jabrin from Dubai including border crossings, and about another half hour from Jabrin to the hotel.

There are camp sites nearby at Jabal Shams, and near al Hamra. Take note many places are unlicenced, so if you want a G&T with your desert mountain sundown, then the Golden Tulip is your best bet. You could continue driving onto Muscat – it’s only about an hour and a half from Jabrin.

One Response to The Quiet, Undiscovered Joys of Oman