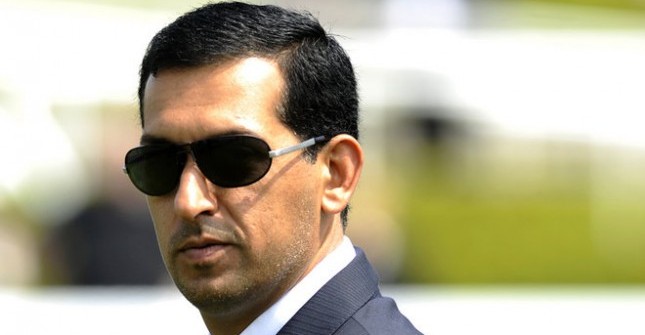 The National carries the story that was splashed in aghast tones all over the UK’s media yesterday and today – Godolphin trainer Mahmoud Al Zarooni, one of Godolphin’s seven trainers, is in the spotlight after eleven of 45 horses in his care tested came up positive for anabolic steroids.

It’s perhaps fair to say the news has shaken horse racing in general and Godolphin in particular.

The National’s story is linked here. Gulf News also covered the news, devoting 222 words in its print edition to a cut down version of the story it has posted online. The text-only print story is nestled quietly in the gutter of page three of the sports section and not referred to elsewhere in the paper.

Amusingly, the lead picture story on that GN page carries the headline, “Dubai pair to be tested in trial for Epsom Derby” but that story, of course, refers to horses being tested in the field as opposed to being tested for drugs.

Chatting about it with pals, I got the reaction that this was the sort of thing you’d expect and I do confess to disagreeing strongly with that. Godolphin has a ferocious reputation in horse-racing. It’s a remarkably successful stable – and a very big operation indeed. It burst onto the scene with a winning formula – its horses are wintered in Dubai and then start the UK racing season in April in top form. The stable’s first win was at Dubai’s Nad Al Sheba racetrack in 1992 – since then its horses have won over 200 group one and 2,000 other races globally.

Godolphin has handled the news impeccably, making a sensible statement available promptly and announcing  a complete internal review in conjunction with the sport’s authority, the BHA.

Godolphin is the Victory Team of horse-racing – it’s a contender in a high profile international sport that has become about Brand Dubai in the same way as the Victory Team did – and in the same fashion. Godolphin doesn’t need to cheat – the stables’ manager Simon Crisford referred to Sheikh Mohammed as finding the news “completely unacceptable” and “being appalled” in his statement and I truly believe he would be. The last thing in the world Godolphin and its owner wants or needs is this because it’s actually about a reputation and a brand that are respectively much greater than any horse racing prize.

One thing’s certain, though. Zarooni’s for the high jump…