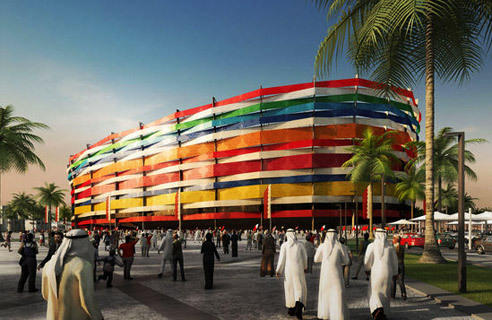 From an English perspective, the failure of the bid to garner more than two votes, and the bid’s elimination in the first round was, in hindsight, a predictable humiliation. The whole of the FIFA power structure is threatened by accusations of corruption from two influential British media giants: the BBC and the Times.

In terms of the national morale, imagine the effect if we had won the bid. The quality of the national team is unlikely to improve any time soon. If we had won the tournament as hosts there would have been many who would have said that as in 1966, we only won it because of home advantage. If we had crashed out at an early stage, the same people would have said that we couldn’t even win the damned thing on home turf!

From a Bahrain perspective, Qatar’s 2022 win is fantastic news. The proposed causeway linking Bahrain and Qatar is likely to be open by then, and you can be sure that there will be thousands of fans who would prefer to stay in the relatively liberal environment of Bahrain and cross the causeway for matches. And that would also apply to many Saudis, for whom Bahrain has become a weekend playground. If the Qataris are smart, they will encourage the participation of Bahrain in soaking up some of the demand for hotel accommodation, thus avoiding the necessity of building many new hotels which after the World Cup end up as expensive white elephants.

Finally, from a footballing perspective I refer to my comments about FIFA in a recent post, Football’s Death Spiral. Sepp Blatter may not be financially corrupt. His corruption is of the ego. But the organisation he runs would appear to be riddled with financial corruption if the Times and the BBC are to be believed. Tear the house down and begin again.

But however FIFA arrived at its decisions, if the motive in awarding the World Cup to a country is to put football’s leading tournament into areas where there’s a passion for the game, then the choices of Russia and particularly Qatar are good ones. Nobody who has witnessed the celebrations when a national team from the Middle East has achieved success would doubt that. I’d get into serious trouble if I suggested that football’s up there with religion. But it runs a good second.