This is Cricket, There will be No Other… 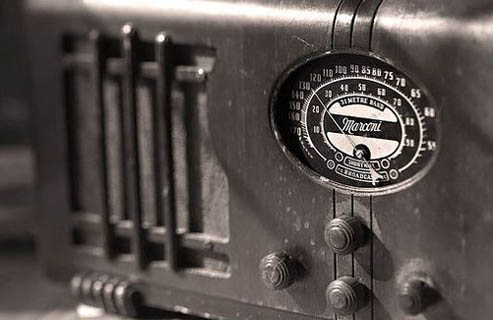 As I write this, I’m watching England make a dramatic recovery against Australia in the first Ashes Test. Yes, I know I should be working, but this, my friends, is cricket.

I’m not one for bragging about the accomplishments of my home country. Of course we can talk about giving our language to the world. And we can be proud that Englishmen discovered gravity and penicillin, built the first steam locomotive and jet engine, and more recently invented the web. But the chances are that somebody in some other part of the world would have got there eventually if our guy hadn’t.

But cricket? Cricket, like the plays of Shakespeare, was an accident of place and time. If Shakespeare had not been born in the leafy hinterland of Warwickshire, and cricket had not emerged in the wealds of Kent, no substitute for either would have emerged.

When I first started watching the game, professional cricket had only one form – the long game. First-class matches lasted three or four days. Test matches between countries lasted five days, and still do. Some years ago, the cricket authorities even experimented with open-ended test matches. They thought again when one match lasted twelve days, and only ended when the visiting team had to catch the boat home!

The first test match I went to was England versus the West Indies in 1963 at Edgbaston in Birmingham. Garfield Sobers was in his prime as the greatest all-rounder. Wesley Hall and Charlie Griffiths were the scariest fast bowlers of their era. Watching Wes Hall steaming in virtually from the boundary and sending projectiles at close to 100 miles per hour fizzing past the batsman’s head (no helmets in those days) – was a spectacle never to be forgotten.

Since then, the game has changed on many fronts. Different forms have emerged to cater for new fans with shorter attention spans. One-day cricket, in which there’s no such thing as a draw. And recently 20:20, which is over in a few hours and involves loud music, cheerleaders and all the finesse of a sledgehammer. Both great fun, and hugely popular.

Cricket has even started to move beyond its original roots in the colonies of the British Empire – Australia, New Zealand, South Africa and the Indian subcontinent. For goodness sake, the recent Asian Games in China hosted a 20:20 tournament in which the host country played Japan! Incredible to think that in those countries there are people who can pronounce the name, let alone play the game.

But for me, the original form of professional cricket, the four-innings match, is the beautiful game. No matter that players these days wear helmets and all manner of other high-tech protection, and that video technology has made the experience of watching from afar as good as sitting in a stadium. The five-day game is still the ultimate.

These days we expect our pleasures at speed. We send text messages. We watch three-minute YouTube videos. We’re assailed by soundbites and subliminal messages. We don’t like things to unfold. But cricket comes from an age when election results took weeks to be declared. When it seemed quite normal for a Prime Minister like William Gladstone to deliver a five-hour speech.

There is no other sport in which a single contest takes five days, and even then doesn’t necessarily produce a result. The long version of cricket is like a chess game. A game of psychology as much as strength. Periods of relative quiescence followed by sudden drama – rather like the long wars of the 19th century and the early 20th. It has nuances, subtleties, tactics. It demands resilience and guts. Its complexities and quirks are perhaps the reason why test cricket has never reached beyond its roots in the same way as the shorter game.

But if I sit down next to an Indian or Pakistani in the Manama souk, and I mention the name of Sachin Tendulkar or Imran Khan, great test cricketers both, the eyes light up, and we have a bond, even if we don’t share a common language or have any other cultural reference points. England may have given the world other sports, most notably football, and rugby. However, no game, except possibly golf – another long game, but invented north of the border – can come close to test cricket, with its changes of fortune, acts of individual and collective heroism and the subtle dynamics of captaincy.

As a child, I used to stay up late into the night to listen to Ashes Tests on the radio. Here I am today, a little closer to Australia and nearly half a century on, still listening. This is cricket. There is no other.

One Response to This is Cricket, There will be No Other…