‘The Team’: Taking On Lebanon’s Sectarianism 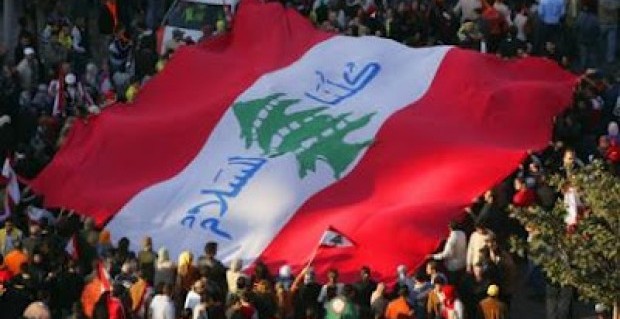 On 13 April, 1975 Lebanon’s civil war began and continued for 15 years, instilling a “fear of the other”, especially regarding religious and political differences. Now, more than three decades later, Lebanese youth are working to change this painful reality through a television series called The Team.

Search for Common Ground (SFCG), an organisation dedicated to promoting non-violent solutions to conflict, is responsible for the 13-episode dramatic series which started on 14 April. It airs in Lebanon on the Lebanese Broadcasting Corporation International channel (LBCI) Saturdays at 7pm.

The cast is made up of teenage youth – male and female – from various Lebanese confessional groups. The series presents ideas likes accepting the “other,” civic participation, mutual understanding, condemning violence and cooperation. According to one character on the show, the series is “a practical attempt to combat sectarian intolerance through sports”, and “creates a sense of common ground among youth”.

In the first episode, viewers learn that Abdullah, a former army officer, lost his leg at a conflict along the Green Line during the civil war. After being invited to a military football game, he has the idea of creating a young team that would help foster unity instead of division in that same place. He decides to put together a football [soccer] team that includes the youth of two Beirut neighbourhoods, Ain Al-Rummaneh and Al-Sahyyah.

Ain Al-Rummaneh is a neighbourhood with a Christian majority, and the place where the civil war first began. Al-Shayyah, an adjacent neighbourhood, is predominantly Muslim. For symbolic reasons, the series takes place on the separation line between the two neighbourhoods, the Green Line, which divided Beirut into east and west for 15 years during the civil war. The resulting strife and separation prevented the youth of these neighbourhoods from understanding each other, and therefore from being able to develop a vision for the country as a whole. Instead, the separation instilled a culture of violence and fear which is still present today.

Almost one year before the series was launched, SFCG held meetings at its offices with a number of young people to talk about a sense of national identity, civic responsibility and respect for the “other”, and to learn about human rights. Participating youth were then invited to join a discussion group about the key ideas that the series should convey and the main problems facing Lebanese youth. I was part of this group.

At meeting after meeting, we presented, as young people, our ideas and our fears. We noticed that sectarianism is clearly present in our lives, or rather that it permeates many of the problems we face, and that it has become a serious burden that can only be overcome with a concerted effort to change our reality from one of division to one based on unity. Hence, we wanted The Team to spread a culture of peace, help individuals see solutions to problems and cultivate a culture of citizenship.

In the second episode, for example, Karaki, a Muslim team member, has a dispute with a Christian team mate. Karaki’s mother asks her son to apologise and restore their friendship. In the process she develops an unlikely friendship with the mother of her son’s teammate “You are like a sister to me,” she tells her. “Anyway, what’s the difference between Ain Al-Rummaneh and Al-Shayyah? Nothing.”

The series highlights characters who overcome big problems on and off the football field in order to achieve common goals. The episodes highlight ways to enhance understanding and begin the process of accepting the “other”. In sum, if the characters do not play together, they cannot achieve their goals – both to win in football and, by extension, to succeed as a country.

The Team works to promote feelings of belonging among its Lebanese viewers, regardless of their confessional or political identity. The team is a microcosm of Lebanon as a whole. Just as the players need to work together as a team in order to win, so must people in Lebanon also work as a team to overcome the fear that lingers from the civil war.

Firas Al-Dabbagh is a Lebanese blogger and activist who helped design themes for The Team along with a number of his peers. You can watch episodes of The Team on theteamlb.com.