The ‘Is It All Back to Normal?’ Test: Is the Footy On? 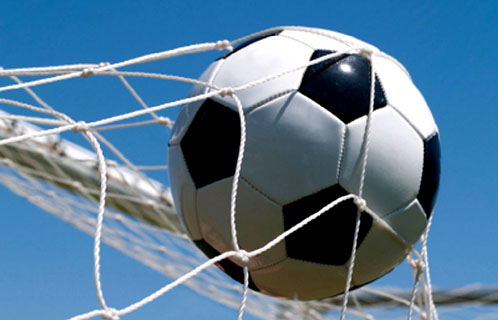 Soccer is increasingly the yardstick for the degree to which the situation in politically volatile North African states is returning to normal.

Hit by a wave of anti-government protests, professional league matches have been suspended since January across North Africa with the exception of Morocco, the only country that so far has largely been able to escape the turmoil. The suspensions were designed to prevent the soccer pitch from becoming a rallying point for opposition forces.

The mass protests in Tunisia and Egypt succeeded in toppling the authoritarian governments of Messrs. Hosni Mubarak and Zine Abedine Ben Ali. Libyan leader Col. Moammar Gadaffi is employing brutal force in a bid to crush the rebellion against his 41-year old rule.

Yet, as transitional governments in Tunisia and Egypt seek to lead their countries within months to free and fair elections, authorities in an indication of continued volatility lack the confidence to lift the ban on the beautiful game.

Tunisian and Egyptian reluctance reflects the changing social and political role of soccer in North Africa as well as the sense of empowerment felt by fans played key roles in the toppling of the two countries’ dictatorships who have since focused on demands for change in the politics and economics of the game.

In Egypt, ultras, fanatical soccer fans, went a step further by participating in raids on the offices of the former Mubarak regime’s hated State Security service. Demonstrations in Tunisia have forced interim Prime Minister Mohammed Ghannouchi and several of his Cabinet members to resign.

If soccer was in the past a tool used by authoritarian governments to divert attention from political and economic issues as well as a way for the regime to curry popular favor, today it is an arena for continued efforts to dismantle the remnants of authoritarianism and force reform in all sectors of the economy and society.

In the latest backing away of a return to normalcy, Tunisia this week first announced that professional league matches would restart on March 13, only to cancel the lifting of the ban 24 hours later. The Tunisian Football Association and club owners are particularly concerned about continued unrest in areas beyond the capital Tunis.

Fear that soccer could be a rallying point for demonstrations that continue in Tunisia and Egypt since the fall of the authoritarian regimes was reflected in Tunisia’s initial decision to authorize the revival of soccer. The authorities said games would be allowed to be played but only behind closed doors with the exclusion of the public. A similar limited revival is also being discussed in Egypt.

The initial lifting of the Tunisian ban followed last week’s African championship match between Tunisia’s Club Africain and Rwanda’s ARP – the first game to be played in Tunisia since the popular revolt drove Ben Ali into exile. The match, which was played without incident, was widely viewed as a litmus test for reviving the professional league.

Authorities now view Club Africain’s African championship against Egypt’s storied but troubled Zamalek SC as a further test to ascertain whether Tunisia is ready for soccer’s return to some form of normalcy. The match is scheduled to be played in Tunis on the weekend of March 18.

Like Tunisia, military authorities in Egypt remain reluctant to lift their ban on soccer despite the success of a recent African championship match between Zamalek and Kenya’s Ulinzi Stars, played without incident in Cairo’s Military Academy Stadium without incident on February 27.

Egyptian reluctance to revive soccer has been in part motivated by mounting fan criticism of the failure of clubs and players to join the anti-Mubarak protests, demands that pro-Mubarak managers and coaches resign from their positions and disputes over a proposal by the Egyptian Football Association (EFA) to cap transfer pricing and the salaries of players and coaches in a bid to introduce financial austerity and help cash-strapped clubs cope with the economic fallout of the political turmoil.

The EFA proposal has sparked a strike by players of Port Said’s Al Masry SC. Players of Alexandria’s Ittihad al-Skandarya failed to report for training this week after the club was unable to pay their rents. Protesters last week forced resignations of the chairman of Skandarya, a member of Mubarak’s National Democratic Party, and three other board members. Fans at a recent friendly played by Cairo’s Al Ahly SC, Egypt’s most popular club, unfurled banners criticizing the players absence from the protests and assailing them for earning millions while a majority of Egyptians survives on $2 a day.

Al Gaish manager Farouk Gaafar described the visit by Tantawi, head of the Supreme Council of the Armed Forces as “friendly.” Gaafar said he had urged Tantawi to allow a resumption of professional league matches.

EFA officials say the military may allow a resumption in mid-April following an Olympic qualifying match between Egypt and Botswana.?