The Formula 1 Con Trick: There are Alternatives… 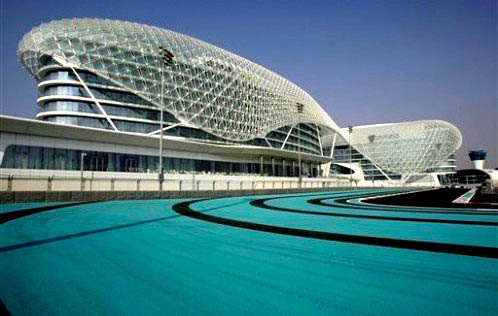 Sufferers, sorry, spectators at this week’s Abu Dhabi Formula 1 Grand Prix may or may not have pricked up their ears at the startling facts that have emerged from a German court this week.   The Ringleader of the F1 Circus, Bernie Ecclestone was giving evidence in the fraud trial of a German lawyer. During questioning he revealed that his wife had hidden the cost of their daughter’s wedding from him – no crime there – but that the actual cost of the be-blinged nuptials was $18 million. Yes, that’s no typo, I’ll say it again $18 million.

For the price of a three day ticket to the Abu Dhabi event – around $500 – you could have paid for half a glass of the ‘cheaper’ wine that was served to the lucky guests.  The bride’s wedding dress was a snip at $110,000 and the service was accompanied by 18 members of the Royal Philharmonic Orchestra who had been flown in for the occasion.

So those whingers who have been complaining about the price of yacht berths in Yas Marina ‘get with the programme’,  ‘you’re playing with the ‘big boys’ now’ and ‘if you need to know the cost you can’t afford it’.  I believe those are the regular clichés in those particular circles.

I’ve never understood the appeal of Formula 1. To me any sport that requires the spectators to take active precaution in protecting their health – industrial strength ear defenders need to be inserted to avoid permanent aural damage –  is just plain daft.  Rally driving, yes, souped up production cars harrying, harassing and nudging each other all over the track, yes – this is genuinely exciting sport.   Most F1 drivers begin their infatuation with driving via karting which I can testify is a frenetic, heart stopping, physically and emotionally demanding past time.

As soon as I see F1 drivers be-decked in those jump suits with their ridiculous collection of logos, though, I immediately reach for the channel changer.  Need a cure for insomnia?  Just run a collection of  their post (or for that matter pre) race press conferences.  They’re not alone in their inanity – most professional sports people, particularly those from the ‘individual’ sports such as tennis or golf, define dull when speaking publicly.  But when the current world champion Sebastian Vettel pops up on the screen grinning that farm-boy smile of his or Lewis Hamilton appears with his earnest, ‘I take myself very seriously’ expression I know I’ve entered a VPZ, a Vanilla Personality Zone.

The genius of Ecclestone – apart from his ability to control virtually every aspect of F1 – is that he has convinced so many people that this geeky, nerdy bore-fest is actually glamorous. He travels the world like a secular pope bestowing the ‘grace and favour’ of this ear popping pumped up Scalextric on whichever city happens to convince him that they are deserving.  They’re then obliged to invest billions in creating the infrastructure followed by yet more wads of cash marketing the event and convincing everyone that the three day yawn-a-thon ‘generates income’.  As I said, genius.

I’ve worked on several community based initiatives in the UAE which have actually changed the lives of thousands of people. How do I know? Because they’ve written to tell us. But all have struggled financially because they’re not perceived to have the ‘wow’ effect that F1 bestows.  You could run most of these for the cost of a few berths in Yas Marina.  Or for the cost of Britney Spears’ hospitality during her very brief time in the Emirates. Or for the cost of a single Formula 1 car.  Worth thinking about, perhaps.

2 Responses to The Formula 1 Con Trick: There are Alternatives…