‘Stand Up to IOC on Women’ Says Saudi Cleric 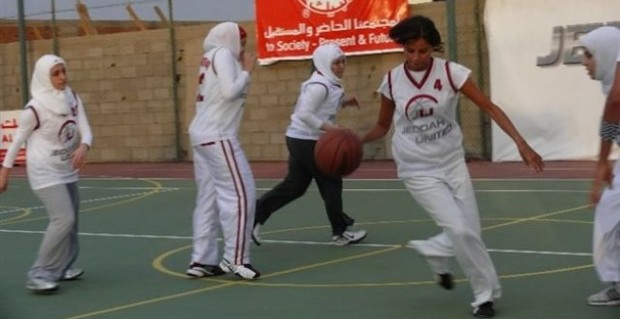 Last Friday Sheikh Al Fowzan, ironically a member of the Saudi human rights commission, stated that the thought that the Convention on the Elimination of All Forms of Discrimination against Women (CEDAW) might be implemented in Saudi Arabia makes him shiver in fear and worry. This was during the last day of a three-day conference that took place in Qaseem, a region north of Riyadh. The conference was entitled, ‘Women in the Prophet’s tradition and the modern woman: Saudi Arabia a model’, and had fifteen countries participating. The assembled company came to the conclusion that Saudi Arabia should withdraw from the CEDAW agreement that it signed in 2000 –  a development probably due to the religious establishment’s feeling that the government might cave in to increasing international pressure to allow Saudi women to participate in the upcoming London 2012 Olympics.

Those within Saudi who oppose the inclusion of women reason that although there is nothing in Islam that prohibits women from physical activity or even competitive sports, the future implications and consequences might be unIslamic. A paranoia has overtaken Saudi conservatives as if once a woman officially represents the country, all Saudi women at a stroke will be forced to take part and Muslim women will be parading around in swimsuits and volleyball outfits.

They turn a deaf ear to anyone who argues that it clearly states in the Quran in the second chapter ayah 256 that there is no compulsion in religion. This is a nation of about nineteen million Saudis and it is unequivocally unIslamic to force only one narrow puritanical interpretation of texts on all.

Saudi Arabia still has not officially conceded to allowing women to represent them at the Olympics. However on April 4, Prince Nawaf bin Faisal, head of the General Presidency of Youth Welfare, did leave the door open for private citizens to take part by saying, “Female Saudi participation will be according to the wishes of students and others living abroad. All we are doing is to ensure that participation is in the proper framework and in conformity with sharia.” This approach was the same that the country took when Dalma Malhas, a Saudi female equestrian, won the bronze at the 2010 Youth Olympics. Straddling the fence, the sports ministry was able to muddle through by only unofficially following the International Olympics Committee (IOC) regulations while still saving face in front of the Saudi religious ultra conservative establishment.

The Olympic charter’s ‘fundamental principles’ state that, “Any form of discrimination with regard to a country or a person on grounds of race, religion, politics, gender or otherwise is incompatible with belonging to the Olympic movement.” That is why in 1999 Afghanistan was banned from inclusion in the Olympics partly because of discrimination against women under Taliban rule.

South Africa also was banned from 1964 to 1992 because of the apartheid government. One of the main aims of the 21 year long ban was to pressure South Africa to open its national sports clubs and training sites to all races.

Yet despite the fact that Saudi discriminates against women in all eventualities, from banning them from driving their own cars to not protecting them from childhood marriages by setting a legal age, never mind the fact that there is no physical education in the public sector, there still remains within the international community doubts on the severity of the situation.

A 2001 study of approximately 5000 residents of Saudi found that being female and Saudi are risk factors for obesity. Another study conducted in 2005 of over 17000 Saudis found that females are significantly more obese with a prevalence of 44% compared to 26.4% of males.

The results of these two studies are only natural considering the fact that public schools across the kingdom only allow physical education for boys, and that the ‘youth’ in the General Presidency of Youth Welfare means only male youth. The options for physical activity for girls and women in Saudi Arabia are limited, expensive and hard to access.

The issue of Saudi women participating is not so much an issue of currently qualified Saudi women being banned. With systemic governmental discrimination, there is no place in Saudi where women’s sports could truly thrive. Even private associations such as the Jeddah United Sports Company, cofounded by Lina Al-Maeena, are having difficulties. “At this point, we are trying to make it on a national level, integrate into public schools and then maybe compete on a regional level before we even think of the Olympics,” Al-Maeena, who is also captain of the Saudi women’s basketball team, told CNN. However it is unlikely that any of Al Maeena’s aspirations for Saudi women’s sports are going to be realized in the foreseeable future.

If the IOC is going to look the other way regarding gender discrimination in Saudi sports, how can we ever expect Saudi Arabia to respect any of the other international agreements it has signed? This is not just about including Saudi women in the London 2012. It’s much more far-reaching and serious than that. It is an issue of silence and concurrence from the international community regarding a nation’s outright breach of international agreements and conventions. As Saudi cleric al-Najimi sees it; Saudis should just stand their ground against the IOC, as we did with the World Trade Organization. He says that we refused the conditions that did not fit with Saudi culture and in the end, after 15 years of back and forth, we were admitted to the WTO ↑ on our own terms. He called the whole issue a matter of western dictatorship.

This article originally appeared on the Open Democracy website