Soccer vs. Islam: The Battle for Egypt’s Future 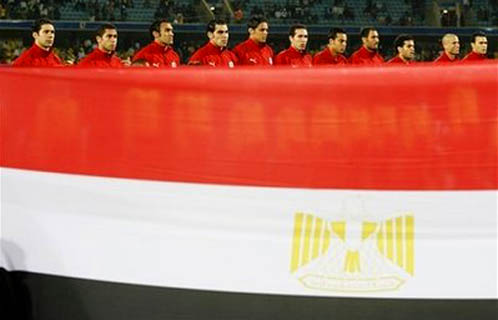 Soccer-crazy Egyptians, preoccupied with the direction their revolution is taking in the wake of last month’s ouster of President Hosni Mubarak after 30 years in office, took the recent defeat by South Africa in a crucial African qualifier in their stride. The loss all but means that the seven-time African champion has no chance of qualifying for this year’s African finals.

The calm with which Egyptians accepted defeat, contrasts starkly with riots that erupted on two continents in late 2009 when Algeria stopped Egypt from making it to the 2010 World Cup in South Africa. The differing responses to defeat highlight the impact of past political manipulation of the beautiful game and the public’s shifting focus in an environment in which the post-Mubarak military government has not hitched its popularity to soccer success and the fuelling of nationalist sentiment.

“For the first time, I am not upset because we lost. In the past, football was the only thing that cheers us up, but now we are living in a bigger alternative that cheers us up every day,” said Egyptian soccer fan Adel Mazen on Twitter. “When you lose your country, you look for it in football matches, but when you have it back, you can’t care less about football,” added Yasser Taha, another soccer fan, in a posting on Facebook.

The concerns of young men like Adel Mazen and Yasser Taha focus these days on ensuring that youth groups that initiated the popular revolt against Mubarak’s regime remain players in the creation of a democratic Egypt, maintaining pressure on the country’s military rulers who took over from Mubarak with a pledge to lead Egypt to democracy within six months and the stemming of the rising influence of Islamist organizations that unlike the secularists have the advantage of an already existing political machinery in forthcoming parliamentary and presidential election.

Mazen and Taha’s shifting focus highlights the change Egypt is experiencing. In Mubarak’s days, Egyptians like many of their brethren across North Africa and the Middle East had few options to express pent-up anger and frustration outside of the mosque and the soccer pitch. For many, soccer matches offered one of few things worth looking forward to in their lives as well as opportunity to express dissent in the protection of large numbers of like-minded fans.

To some Egyptian soccer fans, reduced interest in the game constitutes a protest against the abuse of the game by the Mubarak regime and others ruling the majority of countries in a swath of land stretching from the Atlantic coast of Africa to the Gulf, to divert attention from social, political and economic problems and to attempt to polish its tarnished image.

“Football is not our priority anymore,” says Ahmed Mohieddin Al-Sayed. Mubarak like Iranian President Mahmoud Ahmadinejad and other Middle Eastern leaders publicly associated himself with soccer. His visits to the national team’s training sessions and attendance at matches was headline news, often moving uncomfortable political developments or opposition criticism off the news agenda. In a country in which hikes of food prices provoked mass protests, Egypt’s 2006 winning of the African Cup of Nations allowed Mubarak to allow government-controlled prices to rocket unnoticed. “Good, so our national team’s schedule is free till 2014. I pity the government now, they have nothing to distract us with,” quipped Ahmed Nour after Egypt’s defeat at the hands of South Africa.

As a result, Egypt’s secretive military rulers are so concerned about soccer’s political impact and its potential as an opposition rallying point that they only recently reluctantly agreed to lift a ban on professional soccer matches almost three months after its imposition at the beginning of the protests that led to Mubarak’s ousting. Military fears of soccer’s rallying potential have been reinforced by the key role militant soccer fans played in the protests as well as their post-revolution efforts to impose change on Egypt’s soccer infrastructure and management that was closely aligned with the Mubarak regime.

The soccer pitch could well again emerge as a platform of protest as Egyptians seek to chart a course towards democracy in an environment marked by confusion about where the military is leading them. Soccer’s potential as a rallying point increased this week with the ruling military council’s decision to declare illegal all demonstrations that impede the work of public institutions. Soccer fans demonstrated their resolve earlier this month when they unfurled banners at a friendly match between two Egyptian Premier League terms criticizing players for not having joined the anti-Mubarak protests. “We followed you everywhere but in the hard times we didn’t find you,” read one banner. The sense of having been let down by players goes a long way to explaining this weekend’s acceptance of defeat. “The team that lost is Mubarak’s supporters’ team,” tweeted Khaled Tarek.

Soccer fans may achieve their first post-revolution victory when the Egyptian Football Association (EFA) meets on Thursday in emergency session to discuss Egypt’s poor performance against South Africa. The association is likely to consider firing crowned national coach Hassan Shehata, whom fans want to see dismissed despite his leading Egypt to three straight African titles in 2006, 2008 and 2010, because of his support for Mubarak at a time that they were on the streets of Egyptian cities demanding the president’s resignation. National team captain Ahmed Hassan warned in advance of the meeting against firing Shehata. “We are in a very difficult situation but qualification isn’t impossible yet. It is nonsense to attack the coach – who has led the team to so much glory – after losing one game. The Egyptian Football Association must support Shehata who must make his final decision about leaving or staying in his position without any pressure,” Hassan told Al Ahram Online.

Ironically, the battle for Egypt’s future could well revive soccer’s rivalry with Islam. Across the Middle East and North Africa, soccer constituted until the recent wave of anti-government protests the only institution that rivaled political as well as non-political Islam in creating alternative public spaces to vent pent-up anger and frustration. In various Middle Eastern nations, including Egypt, soccer had emerged as the only non-religious, non-governmental institution capable of successfully taking a stand against militant Islamists or military and security dominated repressive regimes. As the demonstrations created new, unrivalled public space, soccer fans brought organization and street battle experience to the protests.

With Egyptians focusing on what kind of state emerges from their revolution, Islamist groups and Mubarak’s old guard National Democratic Party (NDP) could gain the upper hand in the run-up to elections. The Islamists and the NDP benefit from having already built party organizations while the secularists and others have yet to establish political parties and electoral campaigning capability.

As polling scheduled for June and September nears the soccer pitch could become a venue for expression of opposition to the rise of religious forces and the resurrection of the old guard. That is the military’s fear as they anxiously anticipate the resumption of professional soccer matches on April 15.