Saudi Women In Olympics: Kingdom ‘Gets the Bug’ 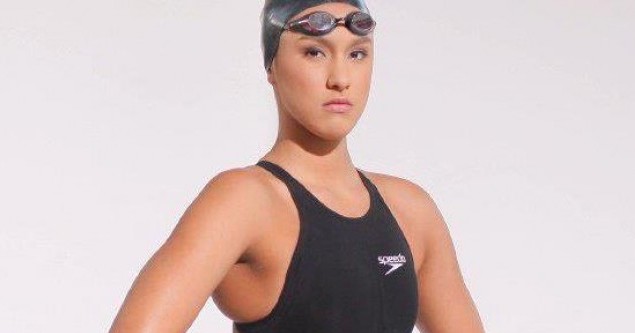 In Saudi Arabia the Olympics usually does not get much attention. The Games comes and goes every four years without even registering with most Saudis. The only sport that Saudis are passionate about is football. On the world stage, it’s the World Cup that makes them sit up and pay attention. It does not help that local media give the Olympics the bare minimum coverage.

Saudis did not seem to mind until this year when at the last minute and after much resistance, the Saudi Olympic Committee relented and allowed women to join its delegation. The committee had resisted on conservative grounds and also because it’s not an easy task to find Saudi women athletes.

The ministry of education bans physical education for girls. The rationale behind the ban ranges from claims that sport will lead to corrupt morals and lesbianism, to it being masculine and damaging for female health and psyche.

The main rationale, though, is that introducing physical education is a slippery slope that will eventually lead it to becoming common to see Saudi women practise and compete in sports publicly in front of men. In a country where all state schools mandate fully covering the face , the thought of Saudi women running in a conservative tracksuit with the face showing is simply too much for many to handle.

The only way Saudi women can gain access to sports facilities locally and the once-in-a-blue-moon women’s tournament is through expensive private institutes and health clubs – and even these elite organisations get their share of criticism and social and governmental disapproval whenever the media covers their activities.

Once it was announced that two women would be joining the Saudi delegation, many criticised the minister of sports, Prince Nawaf al-Faisal, for allowing it. However, the inclusion of women proceeded, and when those opposing the move saw that they could not get the minister to retract, they changed strategy and focused on the female athletes instead.

Photos of Sarah Attar on the running track from her university website in California emerged on Twitter and Facebook with her face, arms and legs blurred so that all a person can see is that it is a woman in shorts. These photos were captioned with statements of how this goes against the minister’s promise to ensure that Saudi women would participate in hijab.

Both women were featured under an Arabic Twitter hashtag that translates as “Olympic whores“.

As a college student with dual American and Saudi citizenship and going home to California, Attar seems to be taking it all in her stride and has set up a Facebook page for supportive Saudis.

Shahrkhani, on the other hand, is a 16-year-old who grew up in Saudi Arabia and was privately trained by her father. As such she is not a certified black belt and her participation was only announced in July. She also doesn’t speak English.

I can’t begin to imagine the amount of pressure the poor girl is under. On top of it all she ends up caught in a diplomatic controversy with the International Federation of Judo banning her hijab last Thursday – a ban that makes little sense since the Asian Federation allows it and few judokas see any substantial hazard. After much talk between the federation, the IOC and the Saudis, it was announced on Tuesday morning that Shahrkhani would be able to wear her hijab after all.

After all this controversy and craziness, Saudis were suddenly blindsided by the emergence of a half-Saudi, half-Filipino 19-year-old Olympic swimmer, Jasmine Alkhaldi. Surprisingly, since her existence went viral in Saudi, the majority seems to be not only in support of her but also protective.

When one Saudi tweeted her asking if she had a sister “to work as a housekeeper” (in reference to the substantial number of Filipino domestic workers in Saudi), he was inundated with so many reprimands from other Saudis that he quit Twitter completely. Others tweeted how much better off she was being raised in the Philippines and that if she had been raised in Saudi Arabia she would have ended up a couch potato applying for unemployment benefits.

Why the change of heart on women’s participation when it comes to Alkhaldi? It’s hard to say. It could be that the ultraconservatives were burnt out opposing Attar and Shahrkhani by the time Alkhaldi came on the scene. Or it might be because she is not officially representing Saudi Arabia and the ultraconservative interpretation of Islam that the government adheres to. Or it could be the fact that she is a real Olympic contender with a good chance of winning the gold medal, unlike Attar and Shahrkhani who were included at the last minute under the “universality” clause.

No matter who wins a medal or loses, in the London 2012 Olympics the whole world is a winner. Thanks to human rights organisations, the IOC and the bravery of Attar and Shahrkhani, for the first time in history, all 204 countries participating in the Olympics have sent delegations that include women.

One Response to Saudi Women In Olympics: Kingdom ‘Gets the Bug’