Activists have stepped up calls for a boycott of the 2022 World Cup if Qatar fails to bring conditions for its majority foreign work force in line with international labor standards. 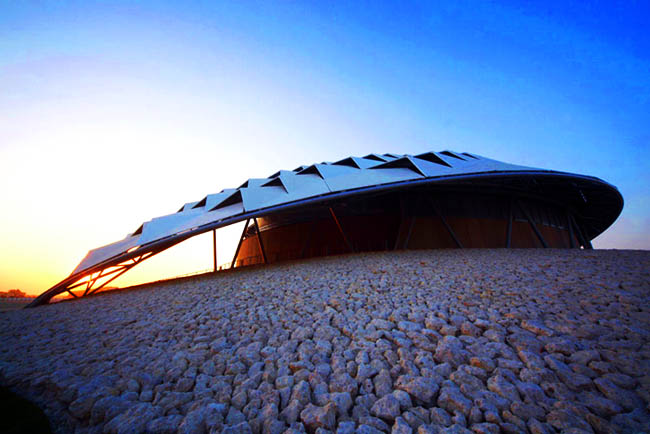 Activists have stepped up calls for a boycott of the 2022 World Cup if Qatar fails to bring conditions for its majority foreign work force in line with international labor standards.

The campaign seeks to exploit potential Qatari vulnerability at a time that world soccer body FIFA gears up to decide whether to move the first World Cup to be held in the Middle East and North Africa from summer to winter.

In a strengthening of the boycott campaign waged since Qatar was awarded World Cup hosting rights in late 2010 by the International Trade Union Confederation (ITUC), which has 175 million members in 153 countries, Anti-Slavery International this week declared its support for shunning the wealthy Gulf state.

“It would be a dreadful pity and an enormous shame on all of us if we are prepared to participate in a world cup that has been brought to us by slavery,” said Aidan McQuade, the group’s director.

ITUC secretary general Sharan Burrow said her organization was pressuring major companies from the United States, Britain, France and Brazil that were likely to win contracts for $75 billion worth of World Cup-related projects that include stadiums, rail and subway networks, hotels, and a new city that would house 200,000 people to incorporate workers’ rights in their bids.

“It is awkward for Western countries who are promoting their businesses in the Gulf to talk about the rights of migrant workers who may be employed by westerners. There has to be a discussion about this,” said an Amnesty International spokesman, James Lynch.

ITUC has dismissed Qatar’s efforts to improve recruiting, working and social conditions because they fail to encompass internationally accepted principles of the right of collective bargaining and to form independent trade unions. Qatar’s 2022 Supreme Committee unveiled this spring a Workers’ Charter that would be binding on World Cup-related projects. The charter, a set of lofty principles, affirms the right of those working on projects “to be treated in a manner that ensures at all times their well-being, health, safety and security.”

Similarly, Qatar Foundation, has said that it was working on a charter of its own and was introducing sweeping measures that “can guarantee the rights of workers at all stages of the migration cycle − from the moment they are recruited and until they are repatriated to their home countries.” It said its charter and measures were “based upon a holistic and principled approach that combines Qatari Labor Law and international best practice.”

A key bone of contention with activists is the fact that Qatari labor law enshrines the principle of kafala or sponsorship, under which an employee is beholden to his employer.

The ITUC has denounced the system that is common in the Gulf as modern slavery. The Supreme Committee has argued that its “commitment is to change working conditions in order to ensure a lasting legacy of improved worker welfare. We are aware that this cannot be done overnight. But the 2022 FIFA World Cup is acting as a catalyst for improvements in this regard.”

Anti-Slavery International joined the boycott campaign as the number of deaths of unskilled or semi-skilled workers in Qatar appeared to be on the rise.

It also came as FIFA was gearing up for an executive committee meeting in October that would decide whether to move the 2022 tournament to the winter months because of Qatar’s overbearing summer temperature. The potential move has sparked calls for the Cup to be moved to another country.

The embassy of Nepal in Doha, whose nationals figure prominently in the construction sector that has been boosted by vast infrastructure projects, many of which are World Cup related, reported last month the highest spike so far in the number of deaths of Nepalese laborers. Of the 32 who perished in July, 13 workers in their 20s died of a cardiovascular disease; 11 others were killed in road incidents and another eight in work-related accidents, the embassy’s second secretary, Harihar Kant Proudel, told Doha News.

“There have been cases where we have suspected that there has been a mutual understanding between the doctor and the company, and the doctor has made a false report saying that they died of cardiac arrest – it is easier for a company to say they died of that,” Mr. Proudel said. He attributed the deaths to the fact that “many workers are going without meals, and without enough water, then they are working in high temperatures all day. The weather here is different from our country. Our nationals are not used to it.”

Mr. Proudel’s assertions stroked with conclusions of a recent study in the Journal of Arabian Studies that listed late wages, significant debts accrued to pay labor brokers, and inconsistent access to healthcare as common problems encountered by foreign workers in Qatar. Funded by the Qatar National Research Fund, the study, entitled APortrait of Low-Income Migrants in Contemporary Qatar, said that 56 percent of the workers interviewed reported not having received a government-mandated Hamad health card, needed to access free healthcare. Qatar University meanwhile reported that the vast majority of employers in Qatar illegally confiscated workers’ passport at the outset of their employment. 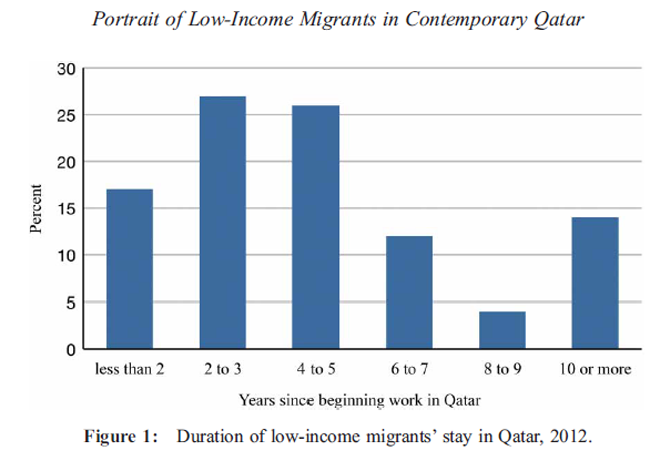 The issue of workers’ rights touches on one of Qatar’s most existential issues: demography. Qataris account for approximately 15 percent of their country’s population. A recent report by the Doha-based Arab Center for Research & Policy Studies, ‘Foreign Labor and Questions of Identity in the Arabian Gulf,’ concluded that fears that any degree of integration of foreigners would threaten family-run Qatar’s political, cultural and social identity made change unlikely.

“The issues touches upon the essence of the question of the transition towards a ‘citizenship society. … In the absence of the establishment of a modern state based on the bond of citizenship, justice, the rule of law, and equal opportunity among all components of society, it is extremely difficult to assimilate immigrants. … The Gulf countries, due to the delay in the construction of the modern state on the institutional, legal and constitutional levels, have extreme difficulties integrating the population of their home societies – let alone assimilating immigrants,” the report said.