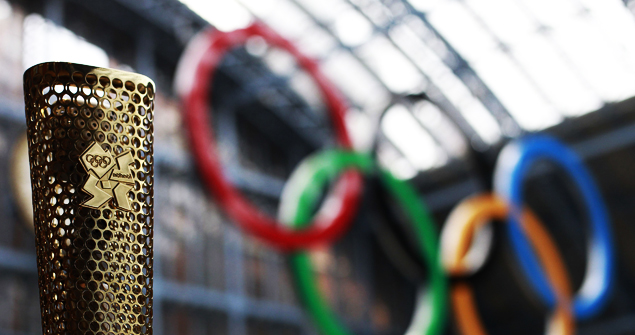 The question for Qatari sprinter Noor al-Malki is not whether she will be part of the first group of Qatari women to ever compete in a global sports tournament at the 2012 London Olympics but how she will handle the fact that the competition will take place during Ramadan.

The question whether Ms. Al-Malki would be able to compete was resolved when Qatar, alongside Saudi Arabia and Brunei the only nation never to have been represented by women in a global sporting event, decided last year to allow women to compete in the London Olympics.

The decision was the result of Qatar’s concerted effort to become a sports power and mounting international pressure on the International Olympic Committee (IOC), not to allow countries to compete that discriminate against athletes on the basis of gender.

It saved Qatar, already threatened with a global trade union campaign against its hosting of the 2022 World Cup because of the conditions under which it employs foreign labour, from becoming the target of yet another attack on its reputation, already dented by controversy over its successful campaign to win the right to host the World Cup. The bruising debate over the soccer tournament bid contributed to the International Olympic Committee’s decision to eliminate Qatar as a candidate for the 2020 Olympics.

The debate also highlights the major divide among Wahhabis, followers of 18th century puritan warrior priest Mohammed Abdul Wahhab, with Saudi Arabia, the only other country besides Qatar with a majority Wahhabi population, and the IOC still struggling barely two months before the opening of the London Olympics to find a formula that would circumvent the kingdom’s conservative opposition to women’s participation.

A Human Rights Watch report released in February, called on Saudi Arabia to protect women’s equal right to sports and urged the IOC to live up to its charter, which prohibits discrimination, or face a ban similar to that imposed on Afghanistan in 1999 partly for its exclusion of female athletes.

For Ms. Al-Malki, the Qatari decision means that she is grappling beyond wanting to perform at the London Olympics with the requirement to fast during the 30 days of Ramadan during which the tournament will be held. If the decision to allow women to compete may have been difficult because of mounting conservative opposition to Qatari Emir Hamad bin Khalifa Al-Thani’s liberal policies designed to position his tiny gas-rich Gulf state on the world map, resolving the issue of Ramadan coinciding with the Olympics is easy.

While Islamic law does not grant athletes dispensation from fasting during Ramadan, it does allow travellers to break the fast during their journey provided they catch up once they return home. Ms. Al-Malki will be travelling during the Olympics.

That is a luxurious position to be in compared to her Saudi counterparts who still do not know whether they will be going to London. Initial Saudi suggestions that the kingdom would for the first time send female athletes to the Olympics were dashed when Saudi Crown Prince Nayef bin Abdul-Aziz Al Saud declared in April that “female sports activity has not existed (in the kingdom) and there is no move thereto in this regard. At present, we are not embracing any female Saudi participation in the Olympics or other international championships.”

The IOC has rejected Saudi suggestions that Saudi women living abroad be allowed to compete under the Olympic flag rather than as part of the official Saudi delegation.

“It’s not an easy situation. There is a commitment. We’re working steadily with them to find a good solution,” conceded IOC President Jacques Rogge at a recent news conference. “We are continuing to discuss with them, and the athletes are trying (to qualify). We would hope they will qualify in due time for the games.”

With few Saudi women athletes likely to qualify for the Olympics, the IOC has gone out of its way to encourage participation by suggesting that they would be exempted from qualifying standards and granted entry under special circumstances.

Saudi women participation appears however increasingly unlikely with conservative opposition making it difficult for the government to back down at a time that it is rallying the wagons to shield itself against the wave of anti-government protests in the Middle East and North Africa that has already sparked increased political activism and mobilisation in the kingdom. At his news conference, Mr. Rogge declined to discuss possible penalties if the kingdom refused to include women in its Olympic team.

The Saudi government has recently employed the clergy to condemn the protests that have already toppled the autocratic leaders of Tunisia, Egypt, Libya and Yemen and brought Syria to the brink of civil war, which, according to some, are the result of the mingling of the sexes in sports.

Saudi Grand Mufti Sheikh Abdulaziz Al-Sheikh denounced the protests earlier this month as sinful. “The schism, instability, the malfunctioning of security and the breakdown of unity that Islamic countries are facing these days is a result of the sins of the public and their transgressions,” Sheikh Abdulaziz said.

Such sins include, according to Imam Abu Abdellah of As-Sunnah mosque in Kissimee, Florida, speaking in a video posted on the Internet, the mixing of the sexes at sports events. “In the past it was only men, now it is almost half half (in stadiums). Allah knows what happens afterwards. Either way it is bad. Either people go out, they are sensing and partying and drinking and all that, so that’s negative. And if they don’t, they go out and they demonstrate and they’re angry and they destroy property and they destroy cars and they destroy people’s business. Either way its haram (forbidden), things have to be done in moderation,” Abu Abedallah said.

Sheikh Abdullah bin Suleiman Al Manei, a member of the Gulf Kingdom’s supreme scholars committee and an advisor to King Abdullah warned that “the spread of such (bad) acts on play fields is a clear indicator of a decline in moral values and the transformation of sport from fair competition into bigotry.”