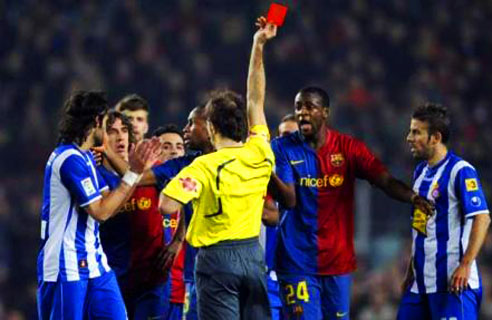 Footballing links between Spain and Qatar continue to build. Barcelona have announced that the Qatar Foundation will replace UNICEF as their primary sponsor. QF will pay around $225 million for the privilege under a newly signed 5 year deal, the most lucrative in football history.

Barcelona’s manager Pep Guardiola was one of numerous sponsors of Qatar’s successful World Cup 2022 bid.  Spain and Qatar, both bidding for different World Cups, agreed to block vote for each other though this was somewhat less successful for Spain.

This deal comes at an opportune moment for both parties.
For Barcelona, though they have been hugely successful in recent years, they have a veritable mountain of debt (some £350million) and need some cash. For QF and Qatar more generally, they can tie themselves to one of the greatest football clubs in the world at a peak of their powers. Barcelona have won stacks of trophies in recent seasons, destroyed their arch rivals and super-club Real Madrid 5-0 recently and are universally regarded as playing some of the most beautiful football ever seen.  In their last game, to offer one stat, they passed the ball more times than any other team in recorded footballing history.