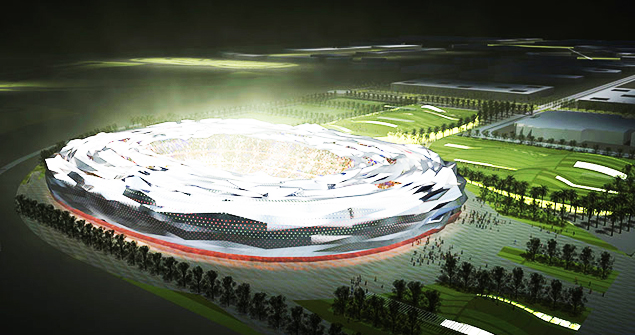 Eighteen months after becoming the first Middle Eastern nation to win the right to host a World Cup, Qatar is still fending off increasingly serious challenges to its controversial victory.

With Qatar’s labor minister set to meet late next week for the first time with international trade unions in an effort to stop the launch of global boycott campaign, members of corruption scandal-ridden world soccer body FIFA’s investigative body say an investigation into how Qatar secured the World Cup is inevitable.

If that weren’t enough, critics of the gas-rich Gulf state’s World Cup success are using a fire in a shopping mall that killed 19 people, including 13 expatriate children, as well as fires at an aviation college and a school to assert that Qatari building standards are shoddy and cast doubt on the safety standards of stadiums and other World Cup-related infrastructure that Qatar is building at a cost of almost $100 billion dollars.

Peter Goldsmith, a former British attorney general and a member of a 13-person panel assembled and headed by Swiss law professor Mark Pieth at the request of FIFA president Sepp Blatter said the Qatari bid for 2022 would be investigated as would the awarding of the Russia 2018 World Cup as part of wider inquiry into the soccer body’s decisions over the last decade. Mr. Goldsmith told Bloomberg News that the inquiry would likely be launched once International Criminal Court chief prosecutor Luis Moreno-Ocampo takes over in July as FIFA’s lead anti-corruption investigator.

The Argentinian prosecutor is best known for pursuing war crimes charges against Libya’s late Moammar Qaddafi and the president of Sudan, Omar al-Bashir.

The Qatari bid “does need to be looked into. The point is if you have a proper investigative body with a professional, independent head, that person could look at these things. That’s what I expect to happen,” Mr. Goldsmith, a partner at law firm Debevoise & Plimpton LLP, said. “Everyone knows there’s been corruption inside FIFA. There’s a statute of limitations of 10 years for most things but otherwise there shouldn’t be any impediment for a new investigative body to look at things which happened in the past and properly get into them.”

Qatari officials had hoped that controversy over its 2010 World Cup bid would subside after allegations of bribery were retracted by a disgruntled Qatari bid committee employee who said she had fabricated them and once the scandal involving disgraced FIFA vice-president and Qatari national Mohammed Bin Hammam had faded from the news. Mr. Bin Hammam was at the heart of the worst scandal in FIFA’s 108-year history that led to the resignation of long-standing FIFA executive committee member Jack Warner alongside his ousting. Two other committee members were suspended around the same time after offering their votes in non-Qatar related bids to undercover reporters.

Qatar has throughout the scandal involving Mr. Bin Hammam, who continues to deny any wrongdoing, sought to distance itself from him. In assertions that seem unlikely given Mr. Bin Hammam’s position in FIFA as well as the Asian Football Confederation (AFC) and the fact that he for years had secured Qatari financial backing for Mr. Blatter, Qatari officials said their fellow countryman had not been involved in the Gulf state’s World Cup bid.

A FIFA investigation would likely resolve many of the outstanding questions about the Qatari bid and would put continued questioning by a British parliamentary committee and others about the integrity of the Qatari victory to bed provided the questions are answered satisfactorily.

If the FIFA investigation could prove troublesome, so could controversy over workers’ rights in Qatar. Qatari Labor Minister Nassir bin Abdulla Alhumid has agreed to meet for the first time with International Trade Union Confederation (ITUC) General Secretary Sharan Burrow on June 11 on the side lines of the International Labor Organization’s annual conference in Geneva.

The ITUC with 175 million members in 153 countries has equated the working conditions of primarily Asian foreign laborers in Qatar, who form one of the Gulf state’s largest population groups, as modern-day slavery. It has demanded that Qatar introduce international labor standards and allow the formation of independent unions and collective bargaining.

Qatar’s labor ministry, in a bid to fend off a planned ITUC campaign to boycott the 2022 World Cup and pressure FIFA to move it to another country, has offered to set up a government controlled union asserting that it would be elected and independent.

Ms. Burrow said in a statement that she would “set out for Qatar’s Labor Minister the legal steps the government needs to take to ensure freedom of association and collective bargaining for its huge migrant workforce. Labor laws introduced in Qatar should be in line with international standards as set out by the ILO. The law needs to allow workers the right to form and join their own unions, and freely elect their own representatives without the government dictating who they can vote for,” she said.

Ms. Burrow noted that labor conditions were one reason why the International Olympic Committee (IOC) last week disqualified Qatar’s bid to host the 2020 Olympics. “The IOC’s evaluation of Doha’s Olympics bid stated ‘training and accommodating an experienced Olympic Games workforce to deliver this infrastructure within the required timeframe presents a major challenge and risk,’” she said.

The trade union leader has focused on the plight of Nepalese workers as examples of the problems foreign labor encounter in Qatar. “I spoke to young men forced to work in 40-degree heat for slave wages. They were angry that they had their rights taken away from them the moment they landed in Qatar to start work. We need tough laws that give workers their rights, and protects their wages, conditions and their lives,” Ms. Burrow said

She said living conditions in labour camps were appalling and that low wages were often paid late. The ITUC quoting figures provided by the Nepalese embassy in Doha said 127 Nepalese workers had died in Qatar in the first eleven months of last year: 13 had committed suicide, 22 as a result of work-related incidents and 92 others for reasons that were not clear.