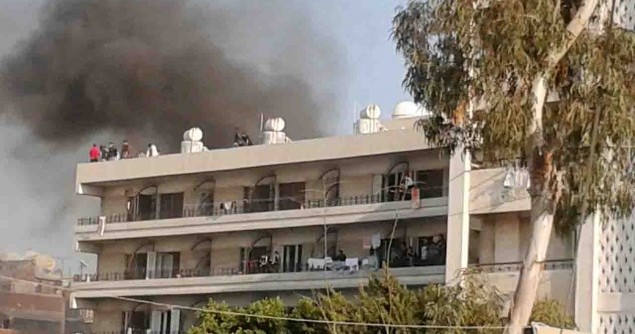 Clashes this week between rival soccer fans in Port Said in which 55 people were injured gave Egypt a foretaste of expected violence later this month when a Cairo court announces its verdict in the trial of 73 people accused of responsibility for last year’s death of 74 fans in a politically loaded brawl in the Suez Canal city.

The expected verdict on January 26 puts the government of President Mohammed Morsi in a no-win situation as it struggles to re-launch Egypt’s professional soccer on February 1, a year after the 74 fans of crowned Cairo club Al Ahli SC died in violence in the Port Said stadium after a match against the city’s Al Masri SC.

The brawl was widely seen as an attempt that got out of hand to cut down to size militant, highly politicized, street battle-hardened fan groups, who played a key role in last year’s overthrow of president Hosni Mubarak, subsequent often violent rejection of military rule and current opposition to the Morsi government. Egypt’s militant fans or ultras constitute one of the country’s largest civic groups after Mr. Morsi’s Muslim Brotherhood.

This week’s violence in which rival groups threw rocks and Molotov cocktails erupted when Al Masri supporters clashed with pro-Al Ahli students at a Port Said University hostel who hoisted the Cairo club’s flag from their windows and balconies as well as the hostel’s roof, according to Egypt’s state-run Middle East News Agency (MENA). Four police officers were among the injured.

Ultras Ahlawy, the Cairo club’s militant fan group, has vowed to prevent the resumption of professional soccer as long as justice has not been served in the case of the 74 deaths, most of whom were supporters of their group. The ultras have in recent months occupied the head office of the Egyptian Football Association (EFA) on several occasions, stormed the Al Ahli training ground, forced the freezing of assets and imposition of a travel ban on Al Ahli chairman Hassan Hamdi by the Illegal Gains Authority on charges of corruption and attacked the premises of media organizations they deemed hostile.

The risk of violence is enhanced by the fact that even if the Cairo court rules in favor of Al Ahli, the verdict is unlikely to meet conditions the fans have set for a resumption of Egyptian soccer. The ultras have demanded in addition to serving justice in the Port Said case that the police and security forces, their nemesis and the most despised institutions in Egypt because of their role in enforcing the repression of the Mubarak government, be exempted from responsibility for security in stadiums; the police and security forces be thoroughly reformed; Mubarak era officials be removed from soccer boards and an end to corruption in the sport.

The fans are also unhappy with the conditions on which the EFA last week agreed with the ministers of interior and sport to resume professional soccer on February 1. In particular, the fans reject the exclusion of the public from initial matches at the behest of the interior ministry which is in charge of the police and security forces. The ministry insisted that fans be excluded because it fears that clashes with the militants would further tarnish the image of the police and the security forces.

Much of the post-Mubarak violence stems from clashes between the militants and security forces. Their battle is a battle for karama or dignity. Their dignity is vested in their ability to stand up to the dakhliya or interior ministry, the knowledge that they no longer can be abused by security forces without recourse and the fact that they no longer have to pay off each and every policemen to stay out of trouble.

That dignity is unlikely to be fully restored until the police and security forces have been reformed – a task Mr. Morsi’s government has so far largely shied away from. The foot-dragging in holding security officers accountable in the case of Port Said and the deaths of hundreds of protesters in the last two years has reinforced the perception of the police and security forces as an institution that in the words of scholars Eduardo P. Archetti and Romero Amilcar is “exclusively destined to harm, wound, injure, or, in some cases, kill other persons.”

Reforming the police however is no mean task and is likely to prove far more difficult than Mr. Morsi’s taming of the military last summer by sidelining the country’s two most senior military commanders with the help of the next echelon of officers. Reform will have to mean changing from top to bottom the culture of a force that is larger than the military and counts 450,000 policemen and 350,000 members of the General Security and Central Security Forces.