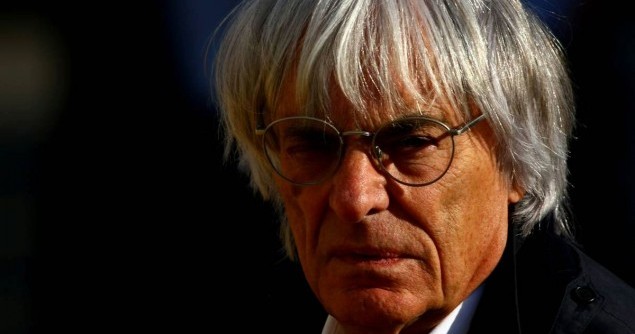 According to Pitpass.com, Formula 1 boss Bernie Ecclestone has revealed that he has spoken to the King of Morocco about hosting a Grand Prix in the country, though he stresses that this is unlikely to take place – and as a resident of Valencia City in Spain, where Ecclestone’s Formula 1 has been an unmitigated disaster and been one of the contributing elements in bringing the city to its knees financially, Morocco’s residents certainly want to hope it goes no further than talks.

The last Grand Prix held in Morocco was in 1958, in Casablanca, when British driver Stuart Lewis-Evans, who happened to be managed by Ecclestone, died when his car careered into a barrier and burst into flames. International motor racing returned to Morocco for the first time in 2009, when the World Touring Car Championship took place on a street circuit in Marrakech, (where, according to Pitpass.com, who reported on the talks, the world’s fifth largest shopping mall opened last year. Yes, it is easy to confuse the names ‘Marrakech’ with ‘Casablanca’, isn’t it.)

His Royal Highness Mohammed VI, Morocco’s King, is said to have set a target of doubling the number of tourists visiting the country to 20 million by 2020, a highly laudable intention. But a Grand Prix won’t do much to help, despite Ecclestone apparently saying it will, as Valencia found to its cost.

The agreement to hold the first F1 in Valencia was signed on June 1, 2007, with the local and regional government saying that it wouldn’t cost the citizens a penny, as the agreement was with the Valmor Sport group. This went back on Ecclestone’s word that no country would hold more than one Grand Prix, which made Barcelona a bit fed up because they already held one.

The whole event was overshadowed by accusations that Ecclestone had tried to influence the regional elections that were about to take place at the time because he refused to put his moniker on the contract unless the People’s Party won, a party so exemplary in their dealings that they now have twenty per cent of their councillors indicted for corruption, and whose regional President, Francisco Camps was hauled before the courts as part of the biggest fraud case in Spanish history. It came as no surprise that he slithered his way to freedom (although, thankfully, now consigned to complete oblivion) but not before signing an extension to the F1 contract, despite being fully aware of the Grand Prix’s cascade into a financial bottomless black pit. Needless to say, more back-peddling took place on Ecclestone’s part when he said that he’d been misquoted.

The agreement was to host five Grand Prix. As expected, the first year was a great success, and was so successful the next two years that Valmor Sport Group went bust and said they couldn’t stand the losses they were haemorrhaging because of lack of ticket sales.

Ecclestone might be short on stature but he is incredibly big on clout, and controls the F1 business with an iron fist that he doesn’t even try to hide in a velvet glove. To quote from an article by Caroline Reid and Christian Sylt in espnf1.com, an online racing mag:

“Unlike most other major sports, F1 race promoters don’t generally get to keep any of the revenue from trackside advertising or corporate hospitality which is sold during the Grand Prix. Neither do they get a share of the revenue from broadcasting the event. Money from these sources all flows to the sport’s rights-holder the F1 Group.”

The race promoters’ sole source of income from a Grand Prix is ticket sales and this usually barely covers the hosting fee paid to the F1 Group. Most promoters would then be pushed into loss by the costs of running the race itself and obviously no one would be prepared to do it on this basis. This is where the governments step in.

And step in the local and regional governments did, despite their promises, losing enormous amounts of money at a time when the city already has the greatest debt of any in Spain and is on the verge of bankruptcy. They tried to wriggle out of their contract – although they prefer the term ‘re-negotiating’ – but the Formula 1 boss is well known for his vicious negotiation skills that seep every cent from a contract, so the best Valencia has been able to get is to share the hosting of the Grand Prix with Barcelona, also crippled financially, on alternate years.

It’s nice to know that dear old daddy Bernard Charles could help his daughter, Petra, buy the most expensive house in the US, a bargain at a fistful over $100million, and a fitting States-side pied-à-terre to balance off her cosy $91million six-storey hutch in London. But it slightly makes the eyes water for the pharmacists of Valencia who haven’t been paid by the city and regional government for six months, the centres for disabled people which have had to close, the unemployed people who are losing their homes because the Town Hall isn’t paying their bills, and aren’t likely to for the foreseeable future, the money for which went, in part, to help line Bernie Ecclestone’s already silver-lined pockets and will do so until the contract ends.

But it’s equally nice to know that mini-Bern might soon lose the clout he has at F1 after allegedly bribing an official of the German state-owned bank BayernLB to sell their stake to CVC, who own F1 and where Ecclestone is chief executive of CVCs grand prix business, at bargain-basement prices.

Despite Bernie saying loud and often, “It weren’t nuffin’ to do wiv me, guv”, the banker who took the bung of £27m, Gerhard Gribkowsky, was sent down for eight-and-a-half-years in June this year. And as if that wasn’t enough, in October various newspapers in Australia reported that poor old Bern was about to be indicted on corruption charges in relation to the Melbourne Grand Prix.

So Moroccans, be very, very thankful that the chats with Ecclestone have got no further than that, because even though you may have no interest at all personally in motor racing and will certainly never be able to afford the extortionate prices demanded for the tickets, you would eventually pay one way or another. Just ask the people of Valencia.

You will find more stories from our correspondent Derek Workman visit www.spainuncovered.net

One Response to Phew! Morocco Avoids Formula One ‘Catastrophe’