Own Goal: Bahrain National Goalkeeper Imprisoned over Role in Protests 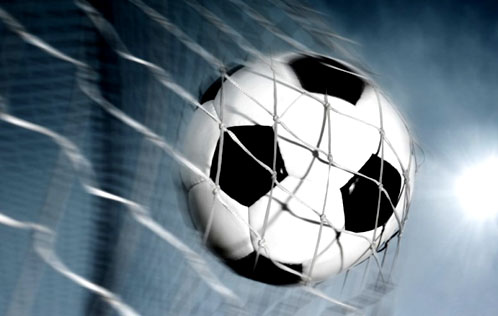 A Bahrain military court has sentenced the Gulf state’s national soccer team goalkeeper and two other Shiite sportsmen to a year in prison for participating in anti-government protests despite a pledge by King Hamad bin Isa Al Khalifa to implement the recommendations of an international fact-finding commission that included moving trials to civilian courts.

Goalkeeper Ali Said, bodybuilder and several times Asian championship gold medallist Tareq al-Fursani, and national basketball team player Hassan al-Dirazi, were tried by a military court because they are also employees of the Bahrain Defence Forces, according to Mohsen al-Alawi, a lawyer who present at the announcement of the verdict.

The three sportsmen were sentenced on charges of illegal congregation, incitement of hatred of Bahrain’s political systems and failing to obey orders banning their involvement in politics.

The sportsmen were among some 150 soccer players, athletes and sports executives arrested or fired from their positions as part of the government’s brutal crackdown that squashed the protests, part of wave of popular uprisings sweeping the Middle East and North Africa that have already toppled the leaders of Tunisia, Egypt, Libya and Yemen.

Unlike in Syria and elsewhere the region, Bahrain succeeded to squash the protests or at least to move them out of the center of the capital and into the island’s villages. Some 30 people were killed in the crackdown.

A small device exploded Sunday in a bus parked near the British embassy in the Bahraini capital but caused no casualties.

Bahrain backed by the Saudi-led Gulf Cooperation Council (GCC) has asserted that the demonstrations were instigated by Shiite Iran in a bid to sow sectarian discord and destabilize the predominantly Shiite Gulf island that is ruled by a Sunni Muslim majority.

The crackdown involved the imposition of martial law for nearly three months, the sacking of some 2,000 people from government jobs and detention of 3,000 others as well as the of ordering military trials for several hundred. Mr. Alawi said 64 athletes are among those put on trial, including brothers Alaa and Mohammed Hubail, who are national soccer team players. Alaa has said that he and his brother had been abused and humiliated during their detention. Mohammed is appealing a two-year sentence

Defender Sayed Mohamed Adnan fled to Australia where he joined Brisbane Roar after having spent three month in prison during which he asserts that he was beaten and tortured. Mr. Adnan said last month that charges against him had not dropped and that he feared legal action if he returned to Bahrain.

A fact-finding commission headed by international rights lawyers that was endorsed by the Bahrain government concluded last month that detainees had suffered systematic abuse during the crackdown. The commission however concluded that there was no official policy to abuse protesters, but that five people had been tortured to death and other detainees had suffered electric shocks and beatings with rubber hoses and wires.

Bahrain last month released a teenage Iraqi soccer player detained in April in what the government said was a goodwill gesture to mark the Muslim holiday of Eid al-Adha. Zulfiqar Naji, who turned 17 in prison, was released on Saturday as one of more than 300 prisoners freed to mark the holiday.

Opposition leaders had hoped that King Hamad would have capitalized on the report with a major goodwill gestures such as a further prisoner release. Instead, King Hamad said he would establish a commission to study implementation of the fact-finding commission’s recommendations. Reports this weekend said that Bahrain had hired controversial US police chief John Timoney, known for his hard line towards protesters, and British police boss John Yates to oversee reforms of Bahrain’s security forces.

By including athletes its crackdown, Bahrain has effectively shot itself in its foot. Like other Gulf states, Bahrain sees sports as a vehicle to project itself on to the world stage. It succeeded in attracting the region’s first Formula One race, the Bahrain Grand Prix, and in becoming part of this year’s   Volvo Golf Champions European tours. Both events were however cancelled because of the protests.