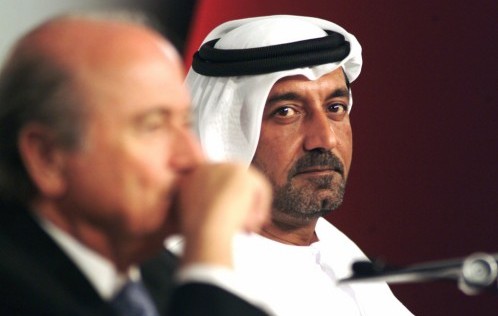 What’s the Story? Emirates Airline and FIFA may be set to part company.

What, now? No when the existing sponsorship agreement comes to a close in 2014.

So we’ve still got a couple of years for some ‘tough negotiation’ followed by a ‘we’re delighted to reconfirm our commitment to world football’ statement.  That’s always a possibility but it looks like Sepp Blatter and his team have a bit of wooing to do.

Ah, we’re in a ‘You Don’t Bring Me Flowers Anymore’ situation in the words of the (very) old song.  Looks like it.  Australian media group B&T media quoted Boutros Boutros, the divisional senior vice president of corporate communications for the airline, saying it felt “overlooked” during the voting scandal that rocked soccer’s governing body earlier this year.

So you’re saying Emirates won’t renew because of ethical concerns, and that it has been ignored? Basically, that’s the official word.

So it has nothing to do with the fact that Dubai’s flag carrier  has just reported a 75 percent slump in first half net profit to AED827m ($225m) because of higher fuel costs and the Arab Spring? How cynical of you…

Could be difficult getting a First Class Seat from Zurich to Dubai in the next couple of weeks then?  We expect the various Big Cheeses at FIFA will be making their way to Emirates HQ now that this very public shot has been made across their bows.

This could put a big hole in FIFA’s finances?  The hole is of the order of $195 million. And let’s be honest there are not many companies around at the moment with that kind of money, and those that there are don’t necessarily want to be seen spending it… Doesn’t look so good when so many people are having trouble making ends meet.

Certainly worth FIFA buying a few beautifully crafted bouquets then to win back Emirates…  Anything else that FIFA need to be concerned about? Emirates has commissioned research into its association with FIFA to see if there has been any long-term damage to its brand, according to the report.

That should make interesting reading.  I’m sure FIFA’s other major sponsors would be very interested to have a look at it too.

One Response to News Analysis: Emirates and FIFA To Split?