New AFC Boss: The Clock is Ticking for Reform Agenda 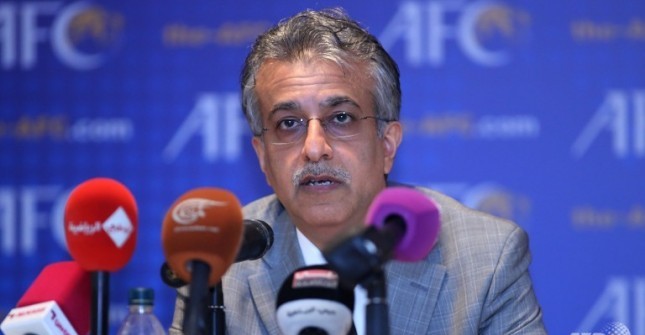 A Singapore-based sports marketing company is at the center of a battle for the future of reform within world soccer days after the Asian Football Confederation (AFC), racked by two years of scandal over ousted president Mohammed Bin Hammam’s management of the group, elected a new head to complete his term.

The newly elected president, Sheikh Salman Bin Ebrahim Al Khalifa, the president of the Bahrain Football Association, has little time to implement promised reforms aimed at ensuring transparency, accountability and good governance within the AFC. With less than two years before regularly scheduled presidential elections, Sheikh Salman has inherited an organization that has yet to prove its commitment to change.

“It’s a tough job. There is a lot of baggage but he has got to do it. It has to be transparency in deeds, not in words. Anything that is not transparent has to be implemented. Otherwise, he won’t make it in 2015,” a source close to the AFC said. The source was referring to the 2015 election when many expect a strong East Asian candidate to compete with hopefuls from the Middle East who dominated this week’s poll.

The difficulties Sheikh Salman, who is supported by world soccer body FIFA president Sepp Blatter, faces were evident at this week’s AFC Congress. The congress defeated a number of motions that would have obstructed reform and limited an evaluation of the group’s past financial and commercial management.

The defeat of the motions prompted Seamus O’Brien, the founder and CEO of Singapore-based World Sport Group (WSG), whose eight-year, $1 billion commercial rights agreement with the AFC is at the center of the group’s evaluation of the Bin Hammam era, to walk out of the congress, according to sources close to the AFC.

While pledging to work with WSG “towards enhancing marketing opportunities and develop the AFC brand further through this association,” Sheikh Salman also promised to report by the time FIFA holds its congress at the end of May on the status of the company’s agreement with the AFC.

Sources close to the AFC said that the litmus test of Sheikh Salman’s resolve would be whether he acts on the recommendations of an internal audit conducted last year by PricewaterhouseCoopers (PwC) which include seeking legal counsel to ascertain whether the AFC can bring civil or criminal charges against Mr. Bin Hammam and whether it can renegotiate or cancel its controversial agreement with WSG. WSG last year initiated legal proceedings against this reporter in a bid to gain disclosure of sources.

The PwC report charged that Mr. Bin Hammam had used an AFC sundry account as his personal account and raised questions about the negotiation and terms of the WSG contract. Mr. Bin Hammam was last year banned for life from involvement in soccer by FIFA on charges of multiple conflicts of interest that contradicted the group’s code of ethics.

In a further disclosure of his plans, Sheikh Salman told Reuters that he would make creation of an AFC ethics committee a priority. “If there are any wrongdoings by some, there has to be a tool to have a watchdog on everybody including the president,” he said.

Beyond obstacles likely to be put up by associates of Mr. Bin Hammam within the AFC, Sheikh Salman will have to operate in an environment in which resistance to reform appears to be growing. In a statement that took many by surprise, Mr. Blatter declared at the congress in Kuala Lumpur: “This is the last term, not of office, but of reform.”

The FIFA president appeared to be countering expectations that he would step down when his term ends in 2015 and reinforced doubts about his sincerity about reform despite the fact that more than a quarter of his executive committee as well as FIFA’s honorary president have been forced to resign or has been suspended because of allegations of wrong doing and corruption.

A recent study based on comparison to best practices established by the International Red Cross, the International Olympic Committee and the Canadian Soccer Association concluded that FIFA has so far failed to introduce a host of reforms, including enhanced financial governance and anti-corruption controls, a state-of-the-art anti-corruption compliance program, transformation of the ethics committee into an independent investigative body, establishment of a committee to determine executives’ and senior staffs’ salaries and benefits, creation of an election campaign finance system that bars private funding, and limitations on executives’ terms in office.”

Sheikh Salman has further been dogged by his failure to stand up for Bahraini national soccer team players who were arrested, publicly denounced, tortured and charged for taking part in anti-government demonstrations two years ago during a popular uprising that was brutally squashed.  The charges were later dropped under pressure from FIFA.

Sheikh Salman has evaded the issue arguing that football and politics are separate and that he had not violated FIFA or AFC rules, but has refused to address the moral issues involved. While restricted by being a member of a royal family that is dominated by hard liners, the fact that the government’s own inquiry into the suppression of the revolt admitted to wrongdoing by security forces, including torture, would have given him the leeway to be less categorical in addressing the issue.

In the latest twist, Sheikh Salman charged that an unidentified government was behind the accusations against him, that also included interference in the election on his behalf by the powerful-Kuwaiti led Olympic Council of Asia. He said an independent commission would be set up to look into political interference – a fact that is inevitable in the Gulf where soccer associations are controlled directly or indirectly by ruling royal families. “I don’t think that I’d like in 2015 that we go through an election where we see all this happening,” Sheikh Salman said.