Morsi’s Power Play In Sinai, and on the Pitch 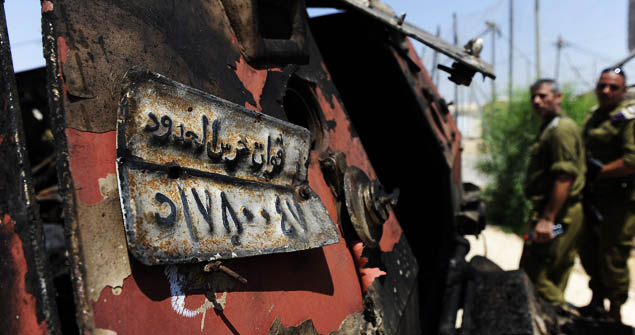 Egyptian President Mohammed Morsi is negotiating his working relationship with the country’s powerful military in the battle against armed militants in the Sinai and on the soccer pitch.

Taken together, the Egyptian military’s effort to restore control in the Sinai, a region that had become a no-man’s land in the wake of last year’s toppling of president Hosni Mubarak, and efforts by Mr. Morsi’s sports minister, El-Amry Farouk, to resume suspended professional soccer in the presence of fans despite opposition from the interior ministry constitute indications of how the new president will manage his complex relationship with the military as well as the security forces.

If the Sinai is any indication, the military after having given itself broad legislative and executive authority on the eve of last month’s election of Mr. Morsi and securing the defence ministry in Prime Minister Hesham Qandil’s cabinet, appears primarily concerned with shoring up its image tarnished by 18 months of at times brutal transition rule.

The military, long Egypt’s most trusted institution, suffered loss of credibility because of its post-Mubarak efforts to retain its political role as well as its perks and privileges and violent clashes between security forces and youth and soccer fan groups, the military’s most militant opponents.

Mr. Morsi’s response to this week’s killing of 16 Egyptian soldiers by militants has allowed him to position himself as the country’s co-commander-in-chief by firing intelligence chief General Murad Muwafi and ordering troops to restore control in the Sinai. Mr. Morsi is the first Egyptian president since the 1952 overthrow of the monarchy not to be Egypt’s official commander in chief, a title that is reserved for his defence minister Field Marshal Mohammed Hussein Tantawi, who is also head of the Supreme Council of the Armed Forces (SCAF).

General Muwafi’s firing suggests that Mr. Morsi and the military both considered him to be a convenient scapegoat despite the fact that he was respected by US, Israeli and European intelligence officials and had long advocated a crackdown on militants in Sinai. The general’s popularity with foreign intelligence services may have been the real reason for his downfall. Many saw him as a potential Omar Suleiman, the late general who was Mr. Mubarak’s charismatic intelligence chief and his closest adviser and enforcer.

If the troubles in Sinai suggest that Mr. Morsi and the military have found common ground, the soccer pitch will put to the test the new president’s relationship not only with the military but also with the police and the security forces. Sports minister Farouk by pushing for a resumption of professional soccer is taking on the hard-line interior minister, General Ahmed Gamal el-Din, who is widely believed to be responsible for last year’s vicious street battles with youth and soccer groups in which scores of people were killed and thousands injured. General El-Din justified the casualties as “self-defense.”

General El-Din, who was deputy interior minister prior to Mr. Morsi’s election, has opposed lifting the ban on professional soccer imposed in February after 74 militant soccer fans were killed in a politically loaded soccer brawl in Port Said on security grounds. He sees the ban as a way of controlling expressions of dissent by militant, highly-politicized and street battle-hardened soccer fans who played a key role in the demonstrations that toppled Mr. Mubarak and agitated against the continued political role of the military and the security forces. General El-Din insists that the ban can only be lifted once stadiums have been equipped with enhanced security, including electronic gates, airport-style scanners and security cameras.

Although the demand for enhanced security is not unreasonable, maintaining the ban on soccer constitutes a risky strategy. For one it seeks to avoid the fact that addressing stadium security involves far larger issues including a reform of the interior ministry and its security forces who are Egypt’s most distrusted institutions because of their role as enforcers of the repressive Mubarak regime.

Mr. Farouk, a former board member of crowned Cairo club Al Ahly SC whose fans died in the Port Said incident, is also betting on the fact that the ban risks the government being held responsible for the mounting financial crisis experienced by soccer clubs because of the suspension of matches and the poor performance of Egypt’s national team and top clubs in African championships because they are forced to play in the absence of their fans. The national squad and Cairo’s two clubs, Al Ahly SC and Al Zamalek SC, are among Africa’s most crowned teams.

“Football resumption will be my priority in the coming period. I’m considering allowing fans back to the stands, given the financial losses clubs have incurred during the past period — due to the absence of fans. I’m trying to coordinate with all the relevant authorities to settle on the best possible way to resume football and allow fan attendance. The fans usually breathe life into football matches. We saw how Ahly, (Cairo club) Zamalek and the Egyptian national team were affected because they had to play behind closed doors,” Mr. Farouk said in an interview with state-owned Al Ahram newspaper.

Mr. Farouk’s efforts are backed by the Egyptian Football Association (EFA) which has seen its efforts to resume professional soccer in later August rebuffed by General El-Din. He said earlier that his efforts were also backed by Messrs. Morsi and Qandil.

Mr. Farouk in his first move as sports minister earlier this month fired the EFA board appointed by the military in February after the Port Said incident and appointed former Al Ahly goalkeeper Essam Abdel-Moneim as caretaker chairman with the task of organizing elections within 60 days. The sports minister rejected a FIFA protest against what it said was political interference on the grounds that the dismissed board had not been elected.

“FIFA has received wrong information about the issue. They thought that we sacked an elected board of directors, but this is not the case,” Mr. Farouk said.