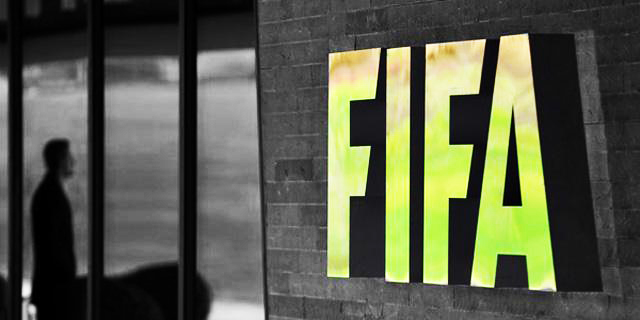 The Middle East and North Africa loom large as FIFA’s executive committee meets in Zurich this week against the backdrop of a call for sweeping reforms of the world soccer body that would involve investigating Qatar’s successful but controversial bid to host the 2022 World Cup, lethal violence and blatant political interference in Egyptian soccer and progress in advancing women’s rights.

The call for an investigation of Qatar is believed to be one recommendation in a report by FIFA’s governance committee headed by Swiss lawyer and criminology professor Mark Pieth. The committee was created last year to propose reforms in the wake of the worst corruption scandal in the world soccer body’s 108-year old history.

Qatari national and FIFA vice president Mohammed Bin Hammam was last year banned for life from involvement in professional soccer on charges of bribery and corruption. Mr. Bin Hammam, who has denied the allegations and is fighting the ban, was the highest of several executives who were penalized or resigned to evade punishment.

Qatar, despite the downfall of Mr. Bin Hammam, evaded investigation of its World Cup bid with the backing of FIFA president Sepp Blatter notwithstanding calls for an inquiry by a British parliamentary committee as well as the former head of the German soccer federation.

Qatar, the first Middle Eastern nation to host the world’s largest sporting event, has denied allegations that it bribed members of the FIFA executive committee. The Qatari bid committee seemingly squashed charges of wrongdoing when it produced a disgruntled former employee who confessed to have forged documents leaked to the media that suggested that it had violated FIFA bid rules.

Mr. Pieth’s recommendations, if adopted by the FIFA executive committee, would then have to be approved by the soccer body’s general assembly scheduled to be held in May.

The recommendations also include appointing independent directors as members of the executive committee, transparency over FIFA salaries and the creation of an external judicial body to address corruption issues. They also call for the probes of the multiple FIFA scandals in the last two years, including the awarding of the world cups to Qatar as well as Russia.

“We have looked closely at the way allegations regarding those World Cup host selections have been dealt with and we have not been satisfied with the level of investigation which has taken place,” former British attorney general Lord Goldsmith, a member of Mr. Pieth’s governance committee, told The Daily Mail.

FIFA’s tarnished credibility is similarly on the line with the blatant interference of Egypt’s military rulers in the dealings of the Egyptian Football Association (EFA) following last month’s lethal clash in a stadium in the Suez Canal city of Port Suez that left 74 people dead, mostly militant supporters of crowned Cairo club Al Ahly SC.

The Egyptian government has dismissed Mr. Blatter’s denunciation of its dismissal of the EFA board that had been appointed by the regime of ousted President Hosni Mubarak. The dismissal added insult to injury in the face of the world soccer body’s by and large long-standing refusal to fight political interference in Egypt and elsewhere in the Middle East and North Africa.

Indeed, the government went beyond replacing the EFA board to dictating to its newly appointed protégés the penalties to be meted out to Al Ahly and Port Said’s Al Masri SC for the clash that many believe was pre-planned and designed to punish militant, highly-politicized soccer fans for their key role in the mass protests that ousted Mr. Mubarak and their opposition to his military successors.

The EFA banned Al Masri from playing in Egypt’s premier league for two seasons, one of which was cancelled as a result of the Port Said incident, and closed the city’s stadium for three years. The soccer body further instructed Al Ahly to play four matches behind closed doors and suspended the club’s Portuguese coach Manuel Jose as well as midfielder Hossam Ghaly for an equal number of games in a decision that in close coordination with Egypt’s military rulers failed to address the underlying causes of the soccer violence and satisfied no one.

Al Ahly said it would appeal the measures to FIFA and the Lausanne-based Court of Arbitration of Sport and would boycott EFA competitions until the rights of the victims of Port Said have been secured. Hundreds of Al Ahly supporters are camping out in front of parliament in Cairo in support of their demand for swift justice for the perpetrators of Port Said.

Egypt’s attorney has charged 75 people, including nine security officials, in connection with the incident. Al Ahly fans noted that the security personnel appeared to be getting off lightly with charges of negligence while Al Masri supporters were the ones largely accused of murder.

The EFA ruling conformed to an earlier comment by Egyptian prime minister Kamal El-Ganzouri who last week after a meeting with senior soccer and security officials called in violation of FIFA’s ban on political interference on the EFA to ensure that its punitive measures would “neither be lenient nor excessive.” Following the announcement of the EFA measures, Mr. Ganzouri acknowledged that the EFA had awarded Al Masri “the minimum penalty.”

The government’s approach as well as the EFA ruling reflect a refusal to address the deep-seated animosity between security forces and militant soccer fans stemming from years of almost weekly clashes in Egyptian stadiums as well as the growing frustration among youth groups and soccer fans who were at the core of last year’s popular revolt that they are being marginalized while the aims of their uprising are being shunted aside in favour of vested interests. Like in the case of Port Said, FIFA looked the other way as Egyptian soccer was increasingly politicized by the Mubarak regime and did little to halt its control of the EFA as well as of premier league clubs.

On a positive note, FIFA earlier this month backed a decision by the International Football Association Board (IFAB) to allow observant women Muslim players to wear a headdress that meets the requirements of their faith as well as safety and security standards. The campaign, spearheaded by FIFA vice president Prince Ali Bin Al Hussein, a half-brother of Jordanian King Abdullah, marks one of several recent advances in securing women’s right to professional sports.

Apparently successful pressure by the International Olympic Committee on Saudi Arabia to field for the first time women athletes at this year’s Olympic Games in London raises questions about FIFA’s failure so far to do the same with regard to women’s right to play soccer in the kingdom.

International human rights group Human Rights Watch last month accused Saudi Arabia of kowtowing to assertions by the country’s powerful conservative Muslim clerics that female sports constitute “steps of the devil” that will encourage immorality and reduce women’s chances of meeting the requirements for marriage. In defiance of obstacles to their right to engage in sports, women have in recent years quietly been establishing soccer and other sports teams using extensions of hospitals and health clubs as their base.

The Human Rights Watch accusation followed Saudi Arabia backtracking on a plan to build its first stadium especially designed to allow women who are barred from attending soccer matches because of the kingdom’s strict public gender segregation to watch games. The planned stadium was supposed to open in 2014. It also comes as the kingdom is drafting a national sports plan – for men only.