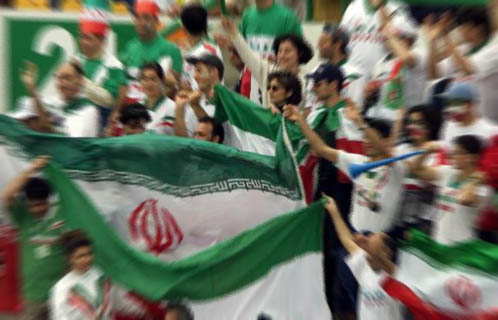 The Football Federation of the Islamic Republic of Iran (FFIRI) has postponed league matches in Tehran in a bid to prevent celebrations of the 32nd anniversary of the Islamic revolution from turning into anti-government protests inspired by the tumultuous events in Egypt, according to the state-run Iranian news agency IRNA.

IRNA couched the postponement in terms of enabling the soccer community to celebrate the revolution.

The postponement comes however amid calls by opposition leaders Mir Hussein Mousavi and Mehdi Karubi for demonstrations on February 14 in Tehran in support of anti-government protesters in Tunisia who last month toppled President Zine Abedine Ben Ali and appear on the verge of bringing Egyptian President Hosni Mubarak to his knees.

A Facebook page in advance of the demonstration has attracted more than 28,000 supporters. The page includes materials to be distributed as well as newscasts about the protests in Egypt that have paralyzed the country for more than two weeks. Soccer fans played a key role in the Egyptian demonstrations.

Similar Facebook have been created for demonstrations on February 14 in other Iranian cities.

Prominent Iranian soccer blogger Afshin Afshar said the postponement of the league matches “may be a precautionary measure taken by the authorities to prevent pro-democracy crowds from gathering on locations where crowd control might prove to be too difficult.”

Karubi’s website, www.Sahamnews.org, reported Thursday that the cleric and former speaker of the Iranian parliament has been placed under house arrest in a bid to prevent pro-Egyptian and Tunisian demonstrations that could turn against the government.

Ironically, Iran has repeatedly expressed support for the anti-government demonstrations in Arab capitals, claiming they were inspired by the Iranian revolution.

Karubi and Moussavi, who challenged Iranian President Mahmoud Ahmedinejad in controversial elections in 2009, are leaders of the grass-roots Green Movement which organized large scale demonstrations at the time to protest alleged electoral fraud.

The postponement of the Tehran matches is in line with the suspension of league games in Tunisia and Egypt because of the mass anti-government protests.

IRNA quoted Habibullah Abolhassan Shiraz, the head of the Tehran Football Board, as saying that the postponement would allow the Iranian soccer community to express their commitment “to the ideals of the Imam (Ayatollah Ruhollah Khomeini) and (Iran’s) martyrs.”

The Football Federation of the Islamic Republic of Iran (FFIRI) has postponed league matches in Tehran in a bid to prevent celebrations of the 32nd anniversary of the Islamic revolution from turning into anti-government protests inspired by the tumultuous events in Egypt, according to the state-run Iranian news agency IRNA.