In Israel and Egypt The Stench of Racism Grows Stronger 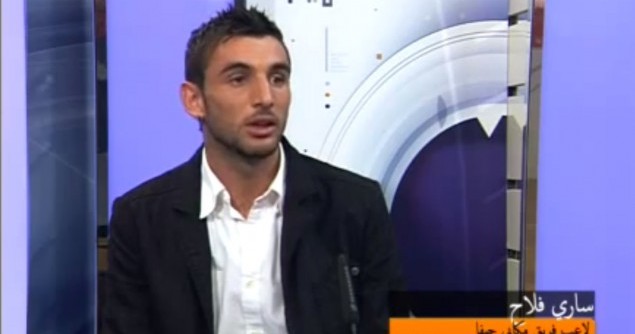 The two incidents reflect the region’s battle to come to grips with the fact that it is populated by a myriad of ethnic, national, religious and sectarian groups. Widespread racism coupled with assertions of at times exclusionary rights and an unwillingness to recognize and honor others’ national and minority rights has become all the more glaring amid a regional push for greater freedom in a swath of land stretching from the Atlantic coast of Africa to the Gulf.

While Christians view with suspicion and fear the rise of Islamist forces in post-revolt Arab nations and nervous anticipation change in nations that have yet to be hit by the wave of protests, efforts in Mali to achieve greater rights for the Tuaregs have been overtaken by jihadist forces that prompted a French military effort to regain control of the northern part of the country.

Christians in war-torn Syria first backed embattled President Bashar al-Assad and now frequently stand on the side lines, fearful that the potential emergence of jihadists and Islamists as his successor may mean that their days in the country are numbered.

In Israel, the rejection by supporters of Beitar Jerusalem, the storied bad boy of Israeli soccer that is the only club that systematically refuses to hire Palestinian players although they rank among Israel’s top performers, responded furiously to Beitar owner and billionaire of Russian origin Arcadi Gaydamak’s hiring of two Muslim players from Chechen team Terek Grozny. Mr. Gaydamak auspiciously made his announcement on International Holocaust Remembrance Day and only days after he lost an appeal against his conviction in France on charges of corruption.

Their response constitutes a reflection of prejudice towards Muslims in Israel despite the fact the fans’ response sparked sharp criticism and that the Israeli Football Association (IFA) is the only soccer body in the region that has launched an anti-racism campaign.

“If we accept that racism is still alive and well outside the arena, then sports would have to exist in a hermetically sealed, airtight environment in order to remain uninfected. Impossible. If we accept that, yes, race and racism are still live issues in sports, then we need to realize how these issues are debated and discussed therein has a profound effect on how they are discussed and understood in our broader culture,” says US sports journalist in a newly published book, ‘Game Over, How Politics has Turned the World Upside Down.’

In an interview with Ynet, Mr Gaydamak said that “as far as I’m concerned, there is no difference between a Jewish player and a Muslim player. We must look at things professionally, we must treat them nicely and fairly. There have always been good relations between the Muslims in Russia and the Caucasus and the Jews.”

Mr. Gaydamak was further quoted in the Israeli press as saying that his club’s poor performance and financial troubles had made it possible to stand up against the racism of its fans. “This is something that we’ve wanted to do at Beitar for many years, and it’s been made possible now because of the team’s financial state and the need to strengthen the squad.  The aim is to put an end to the racism that has been doing harm to Beitar over the years, and not to give in to a handful of extremists,” he said.

Yet, even defenders of Mr. Gaydamak’s move couched their arguments in questionable terms. “I don’t understand the fans who don’t want to see a Muslim player in Beitar. There are a billion Muslims in the world and we must learn how to live with them. There is a difference between a European Muslim and an Arab Muslim, and the fans here have a problem with Arabs living in the Middle East,” said Beitar coach Eli Cohen.

Similarly, Beitar spokesman Assaf Shaked drew a distinction between Muslims and Arabs. “We are against racism and against violence and we pay a price for our fans. But we aren’t going to bring an Arab player just to annoy the fans,” Mr. Shaked said.

In a strongly worded letter to IFA chairman Avi Luzon, Israeli president Shimon Peres said: “I appeal, through you, to all football fans to refrain from all expressions and manifestations of racism in football stadiums and outside of them.  Racism has struck the Jewish people harder than any other nation in the world.  The authorities must prevent it before it starts. Today, sport is a universal declaration against racism. It is unacceptable for the opposite to take place in Israel.”

Beitar fans cursed Mr. Gaydamak during their club’s match last Saturday against Bnei Yehuda Tel Aviv and vowed to prevent the Muslim players from playing. “This will happen over my dead body. We won’t accept it. Every second they’re on the field we’ll drive them mad until they ask to leave,” one fan said. “Beitar will remain pure forever,” read a Beitar banner during the match. Nigerian defender Ibrahim Nadala left Beitar several year ago after being verbally harassed by fans.

Beitar has the worst disciplinary record in Israel’s Premier League. Since 2005 it has faced more than 20 hearings and has received various punishments, including point deductions, fines and matches behind closed doors because of its fans’ racist behavior.

Beitar fans last year stormed a Jerusalem mall and beat up Palestinian shoppers and workers. They subsequently attacked a Jewish woman musician on a Jerusalem street because she denounced their politics.

Beitar fans shocked Israelis when they refused to observe a moment of silence for assassinated Prime Minister Yitzhak Rabin, who initiated the first peace negotiations with the Palestinians.

The row over Mr. Gaydamak’s acquisition of Muslim players echoes post-election Israeli political discussions. Yair Lapid, whose Yesh Atid (There is a Future) center left party did surprisingly well in this month’s election, was quick to assure Israelis that he had no intention of cooperating with Palestinian members of the Israeli parliament.

“I heard talk about a blocking majority- I want to take this off the table. We will not do that with Haneen Zoabiz – it is not going to happen,” Mr. Lapid, using a play on deputy Zoabi’s last name to use it as a plural for Arabs.

Anti-Muslim and anti-Arab expressions come cheap in Israel. So do anti-Semitic utterances in Egypt. Speaking earlier this month to visiting US senators, President Morsi said anger over his description of Jews three years ago “bloodsuckers” and “the descendants of apes and pigs” had been overblown because of Jewish control of the American media.

Mr. Morsi’s remarks, Beitar’s defense of the hiring of Muslims who are not Arabs, Christian concerns about their future in the Middle East and North Africa and the failed Tuareg bid in Mali for greater rights serve as stark reminders that the push for greater freedom in the region is still in its initial phase and will only succeed if those clamoring for dignity and rights recognize that this has to apply to all.