Hooligans Are ‘Terrorists’, Player’s A ‘Traitor’ 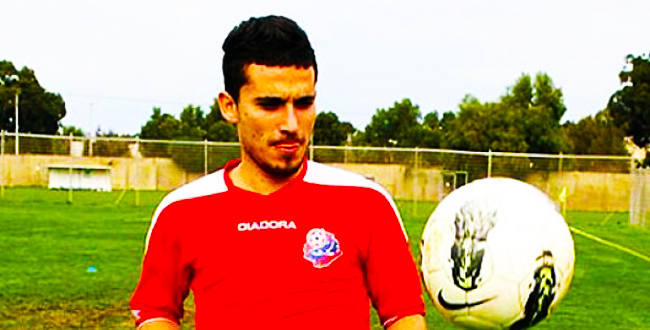 Israeli soccer fan violence has sparked a proposal in the Knesset, the Israeli parliament, to put violent football supporters under administrative detention, the legal holdover from British rule largely employed to detain Palestinians for reasons of security for indefinite periods of time without being charged.

Mr. Miller’s proposal was expected to be discussed at a meeting of his committee in the presence of Israel’s Public Security Minister Yitzhak Aharonovitch and Israel Football Association chairman Aviv Luzon.

“In order to prevent a national tragedy like there was in Egypt [last month], and because violence is on the rise on Israeli soccer fields, we must take very extreme steps against hooligans,” Ha’aretz newspaper quoted Mr. Miller as saying.

The committee chairman was somewhat opportunistically referring to last month’s incident in Port Said in which 74 soccer fans were killed during a clash after a match between crowned Cairo club Al Ahly SC and the Egyptian Suez Canal city’s Al Masri SC.

Recent Israeli soccer violence has none of the political connotations of that in Egypt where soccer fans are among the most militant opponents of a military government. Few doubt that the Port Said incident unlike the violence in Tel Aviv was planned and designed to teach the football supporters a lesson.

Israel inherited administrative detention from the British mandate in Palestine and uses it to detain Palestinians on security and political grounds. The measure, viewed by human rights organization as a violation of civil and political rights, is designed to be preventive rather than punitive and therefore need not involve alleged commitment of a crime.

Ironically, extreme nationalist Knesset member Michael Ben Ari, no stranger to proposing far out sports-related legislation, denounced Mr. Miller’s plan as a “bizarre proposal taken from dark regimes.” Mr. Ben-Ari argued that Israel was a country that adhered to the rule of law and could not grant law enforcement the right to send people to jail without proof – a principle he does not apply to the 300 Palestinians being detained under administrative detention, according to statistics supplied by Israeli human rights organization B’Tselem.

Mr. Ben-Ari, a member of the far-right National Union, who is widely seen as having inherited the mantle of Rabbi Meir Kahane, the assassinated racist leader of the outlawed Jewish Defense League, late last year proposed legislation that would have required members of Israeli national sport teams to sing the national anthem and recognize Israel as a Jewish state.

If passed that legislation would have threatened to significantly weaken Israel’s national soccer team, which like most Israeli clubs with the exception of Beitar Jerusalem counts Palestinians among their most starred players.

A battle between the Israeli and Palestinian soccer leagues over superstar Ali Khatib highlights the importance of Palestinian players in Israeli soccer.

A 22-year old Palestinian midfielder with Israeli citizenship who until recently was the star of Palestinian soccer, Mr. Khatib enraged his fans by leaving his East Jerusalem team to join Hapoel Haifa. By scoring in each of his first four games for Hapoel, he ensured that the Israeli team was no longer threatened with relegation.

Mr. Khatib’s former Palestinian team Jabel Mukkaber charges that he is still under contract for another 3.5 years and that Hapoel Haifa illegally poached him.

Jabal Mukkaber coach Samir Issa asserted that Mr. Khatib “is a very talented player, but when he joined our team, nobody had heard of him and nobody really wanted him … Khatib owes a lot to Palestinian soccer and to the club where he earned a living for three whole years. Unfortunately, he is displaying a lot of ingratitude. He left us like a thief in the night, although he had a signed contract with a Palestinian soccer club. This is highly unacceptable behavior.”

Hapoel Haifa spokesman Noam Regev denied the allegation, noting that a Tel Aviv court had ruled the transfer as legitimate. “They can go to FIFA if they want to, but Hapoel Haifa did everything legally,” Mr. Regev said.

Hapoel coach Tal Banin, widely viewed as one of Israel’s best ever soccer players said that he had “asked around about any players who had been released from their contracts. Someone told me about Khatib. After making a few inquiries, I decided to give him a tryout. Within 10 – no, five – minutes, I knew he was just what our team needed.”

Mr. Khatib’s ambition to play for the Israeli national team has further fuelled the fire given that he scored six goals for the Palestinian national squad in 29 international matches, including qualifiers for the 2014 World Cup. His transfer has kicked up a storm on the West Bank where it is a prime topic of discussion.

Mr. Khatib, a graduate of Hapoel Haifa’s youth soccer, has denied that he is still under contract to the Palestinian team. He argues that he has moved to a professionally better league that offers him more money and the potential to eventually be recruited by a European club.

“My ambition is to achieve a good reputation in the Israeli league and play in the Israeli national team. My future here in Israel is more promising. Every Arab player who lives in Israel dreams of this chance,” the Associated Press quoted Mr. Khatib as saying in an interview in his home in the northern Israeli town of Shfaram, where a framed picture of him shaking the hand of Palestinian president Mahmoud Abbas hangs on the wall.

Mr. Khatib displays a tattoo on his forearm in response to Palestinian denunciations of his transfer that reads: “Only God Can Judge Me.”