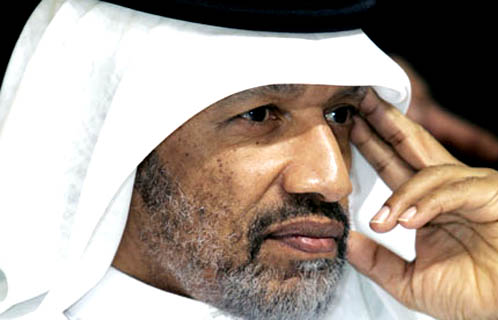 Suspended Asian Football Confederation (AFC) and world soccer body FIFA vice president Mohammed Bin Hammam appears to have accepted that he will be banned for life in the next 24 hours from involvement in soccer by FIFA’s ethics committee, but has vowed to appeal the decision.Amid confusion on whether he would attend the committee’s two-day hearing in Zurich scheduled to open on Friday, Mr. Bin Hammam said on his blog that the case alleging that he had bribed Caribbean Football Union (CFU) executives to win their support for his failed candidacy in last month’s FIFA presidential election was “weak and unsubstantiated.”
Mr. Bin Hammam, a Qatari national, withdrew his candidacy in late May hours before the committee suspended him, FIFA vice president Jack Warner and two CFU officials pending an investigation. Mr. Warner was accused of colluding with Mr. Bin Hammam. The committee is expected to discuss the result of that investigation at Friday’s hearing and announce its verdict on Saturday. Mr. Bin Hammam has repeatedly denied wrongdoing.Mr. Bin Hammam’s withdrawal of his candidacy paved the way for the unchallenged re-election of FIFA president Sepp Blatter for a fourth term.Mr. Warner, who also served as head of soccer in North and Central America and the Caribbean, resigned his posts to avoid further investigation.Although the investigation report concludes that there is no smoking gun for the allegations that Mr. Bin Hammam, it is viewed as compelling enough to justify banning the Asian soccer boss for life.“It appears rather compelling to consider that the actions of Mr. Bin Hammam constitute prima facie an act of bribery, or at least an attempt to commit bribery,” the 17-page report says. It describes Mr. Warner as “an accessory to corruption.”

Writing on his blog in a posting composed as a note to his supporters, Mr. Bin Hammam said that “my legal team and I remain confident that the case and the evidence presented against me are weak and unsubstantiated. They are flimsy and will not stand up to scrutiny in any court of law; that has been clear throughout this process and it remains to be so.”

Mr. Bin Hammam went on to say that he was “not confident that the hearing will be conducted in the manner any of us would like. It seems likely that FIFA has already made its decision weeks ago. So, none of us should be completely surprised if a guilty verdict is returned. Following the events since my suspension, it now seems impossible, for them to say that they were wrong, although I wish they would have the courage to correct their mistake.”

He vowed that “justice will eventually prevail whether through the FIFA Ethics Committee, the Court of Arbitration of Sport or if necessary, through other courts or legal proceedings in courts where we will be equal and no special privileges will be granted to either party.”

Mr. Bin Hammam’s blog posting appeared to set the stage for his probable decision not to attend the committee hearing. By passing on the opportunity to defend himself, he effectively is attempting to undermine the hearing’s credibility.

Mr. Bin Hammam’s absence would most probably not stop the committee from pronouncing judgement, but promises to turn the proceedings into the first phase of a long and bitter legal and public relations battle at a time that FIFA is facing the worst scandal in its 107-year history.