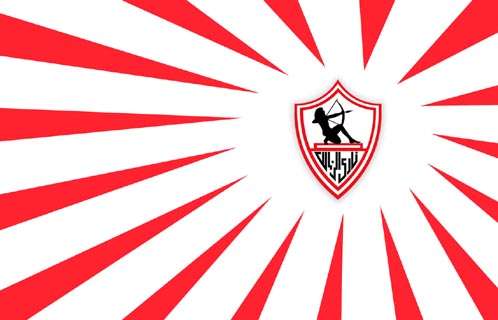 Foreign players playing for Premier Egyptian League clubs are threatening to seek greener pastures if Egypt’s military rulers fail to lift the two-month ban on professional league matches and Egyptian clubs prove unable to live up to their financial commitments.

The loss of foreign players and possibly coaches could severely damage the soccer standing and performance of Egypt, one of Africa’s best performers and one of the few that has been able to fund the acquisition of talent from abroad.

Egypt’s military rulers have been reluctant to lift the ban on matches, imposed in late January when mass anti-government protests erupted that last month forced President Hosni Mubarak to resign after 30 years in office. The military fears that soccer matches could become a rallying point for protesters who would complicate its efforts to lead Egypt to democracy by this fall.

The ban has deprived clubs of revenues. With half of Egypt’s 16 Premier League clubs owned by government institutions, the military and the police, many clubs fear that they may no longer be able to count on public funding.

The financial crisis has already prompted storied Cairo club Al Zamalek SC to announce that it would no longer be hiring foreign personnel for all its sports teams, with the exception of its top tier soccer team.

Foreign players and coaches are also considering their options because of controversial proposals by the Egyptian Football Association (EFA) to cap transfer pricing and salaries for players and coaches and fears that the current soccer season could be cancelled in its entirety. They are further disconcerted by the fact that the political turmoil engulfing Egypt has extended into the realm of soccer.

Several senior soccer executives are under investigation of corruption. Fans have turned on players and managers for not supporting the anti-Mubarak protests and for resisting pay cuts in a country in which half the population subsides on $2 a day.

Fans are also demanding the resignation of pro-Mubarak executives and have already forced the chairman of the port city of Alexandria’s Premier League team, Ittihad al-Skandarya, a member of Mubarak’s National Democratic Party, and three other board members to resign.

Several Ittihad players failed to show up for training last week after the club had been unable to pay their housing rents. Cameroonian striker Edet Otobong was evicted from his home as a result of Ittihad’s financial difficulty. “I couldn’t pay the rent of my apartment because I don’t get paid anymore by the club. I am looking for a solution to this tough situation and I am currently discussing my future with my agent,” Otobong told Egyptian soccer website FilGoal.com.

Otobong’s departure would be a blow to Ittihad. He has so far nine league goals to his name and is key to Ittihad’s determination to work itself up from the bottom half of the league.

Qatar forward Hussein Yasser has warned that he would leave Zamalek if this soccer season was called off.

“Every player is looking for regular football. If the season was called off, several players will demand moves away from their clubs and I could be one of them. I never thought of leaving Zamalek but this could finally happen if the cancellation decision was made, especially with present interest from other clubs,” Yasser told FilGoal.com.

The EFA is pushing the military to authorize a resumption of matches by mid-April but soccer executives and military leaders have yet to agree on the terms. The EFA has rejected a proposal to allow games to be played behind closed doors because that would not help alleviate their financial squeeze and would likely prompt protests from fans. The military has yet to comment publicly on a lifting of the ban.