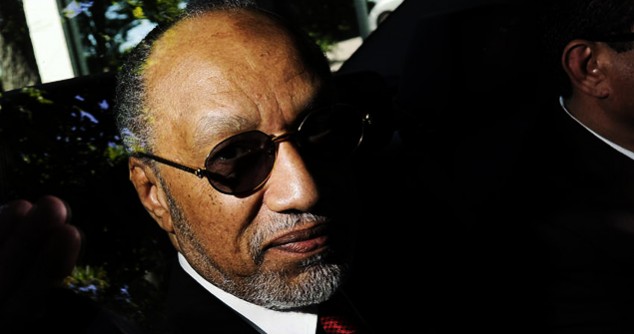 World soccer body FIFA has suspended its ousted vice president, Mohammed Bin Hammam, from involvement in professional soccer for 90 days in the hope that an independent audit critical of the disgraced Qatari national’s financial management of the Asian Football Confederation (AFC) will allow it to counter a court verdict that could force it to reinstate him.

FIFA said in a statement that its newly appointed anti-corruption team, former New York state attorney Michael J. Garcia and German judge Hans-Joachim Eckert, would also use the suspension to assess prospects of building a more solid case against Mr. Bin Hammam in the wake of the court verdict.

The Switzerland-based Court of Arbitration of Sport (CAS) earlier this month lifted a FIFA ban for life on Mr. Bin Hammam from involvement in soccer after finding him guilty of attempting to buy votes of Caribbean soccer officials for his challenge of FIFA boss Sepp Blatter in the soccer body’s presidential election. Mr. Bin Hammam withdrew his candidacy days before the election after FIFA had opened its investigation of the bribery charges.

The CAS ruling left little doubt that the judges believed that Mr. Bin Hammam, a 63-year old Qatari national, was more likely than not guilty of the charges brought against him. The court nonetheless acquitted Mr. Bin Hammam on the grounds that FIFA’s evidence did not meet its standard of “comfortable satisfaction.” The court overturned the ban effectively arguing that FIFA’s case had been based on flimsy evidence, inconclusive investigations and witnesses whose credibility was in question.

FIFA’s use of the audit to temporarily suspend Mr. Bin Hammam comes after it unsuccessfully sought to delay the court’s verdict by introducing the report written by PricewaterhouseCoopers (PwC). The court rejected the report as unrelated to the allegations that Mr. Bin Hammam had bribed Caribbean soccer officials to secure their votes in his planned challenge of FIFA president Sepp Blatter in the soccer body’s presidential election last July.

The report alleges that Mr. Bin Hammam used AFC accounts for his own benefit as well as that of family, friends and soccer bodies across the globe. The report also raised questions about Mr. Bin Hammam’s management of a $1 billion master rights agreement (MRA) with Singapore-based World Sport Group (WSG) and a $300 million broadcasting rights contract with the Qatar-owned Al Jazeera television network as well as his financial relationship to parties with possible vested interests in those deals.

FIFA appears to be betting on the fact that even if it cannot build a stronger case to reopen its Caribbean bribery case, the fallout of the Asian report will provide it the grounds to maintain its ousting and banning of Mr. Bin Hammam.

The report commissioned by AFC prompted the Asian soccer body to suspend Mr. Bin Hammam for 30 days as its president pending a review of the report by its evaluation committee. The report provides the Kuala Lumpur-based AFC with the reasonable suspicion of a legal offence that it under Malaysian law is obliged to report to authorities. It also leaves the AFC with little choice but to launch a full-fledged investigation of its own. The AFC, which has Malaysian nationals, including a member of a royal family on its executive committee, can extend Mr. Bin Hammam’s suspension only once for a maximum of another 20 days, ten of which must be used to prepare a case against him. It also has to report its finding to Malaysian authorities within that period.

The FIFA suspension constitutes an implicit recognition of the CAS criticism even if soccer body’s statement did not say so explicitly. FIFA’s investigation of Mr. Bin Hammam is likely to be the tip of the iceberg. Wracked in recent years by a series of high-profile corruption scandals and persistent controversy over the awarding of the 2022 World Cup to Qatar, FIFA’s investigation will inevitably broaden to review not only the Qatari’s involvement in the bid but the bid itself. That is also probably true for the expected AFC and Malaysian investigations.

Qatar has consistently downplayed Mr. Bin Hammam’s role in its bid. Qatar was awarded the 2022 World Cup at a December 2010 FIFA executive committee meeting which at the same time awarded Russia the 2018 tournament.

“Pretending that he was not involved is a smoke screen. Bin Hammam opposed awarding the two World Cups at the same time. He wanted to be the FIFA president who would award it to Qatar in 2016. He also feared that Qatar may not get it if the two tournaments were awarded simultaneously. He was right but lobbied executive committees unsuccessfully” to delay the vote on the 2022 World Cup, a former FIFA official said.