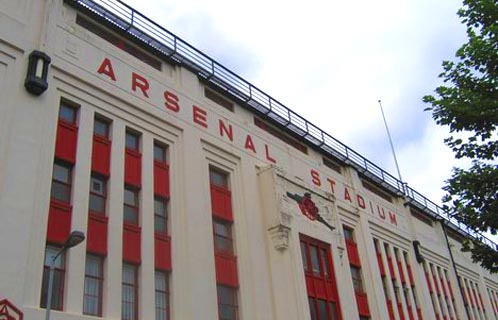 Mounting criticism of Middle Eastern nations’ failure to nurture soccer talent at a young age in the wake of the region’s dismal performance in this year’s Asian Cup in Qatar has created a business opportunity for European clubs like FC Arsenal and FC Inter Milan.

Both clubs have in recent days announced that they were opening soccer schools in the Middle East and North Africa. The schools offer the clubs an opportunity to generate cash and scout for young talent.

They also allow ruling Arab elites, rattled by mass protests across the Middle East and North Africa, to project an image of tackling an issue that has sparked criticism from the media and soccer professionals alike as a result of all Middle Eastern nations being knocked out of the Asia tournament in Qatar by the quarter finals.

“The school is a new product of the three-year strategic agreement between the ADSC and Internazionale Club in Italy which was signed in 2008. It will be the first of its kind in the Middle East and will cater for youngsters from nine to 12 years of age.” Al Mahmoud said.

Earlier this month, Arsenal, which already operates schools in Bahrain, Dubai, Oman,  Morocco and Egypt said it would be opening this year at least six more schools in the Middle East and North Africa.

In a burst of optimism, Arsenal included Tunisia, which has been wracked by protest demonstrations for more than a month that toppled President Zine El Abidine Ben Ali and inspired demonstrators to take to the streets across the Middle East in protest against rising commodity prices and lack of political freedom.

“The vision of Arsenal Soccer Schools is to promote a positive learning environment in which young players can both improve their understanding of the game, developing young player technical skills and gain confidence as individuals,” Arsenal manager Arsene Wenge said announcing the planned openings.

Arsenal spokeswoman Katie Baldwin said in an email that the schools were primarily recreational rather than intended to groom players. The schools’ sessions provide a fun safe environment to play football and make friends, with the guidance of coaches that follow the Arsenal approach to the game in terms of playing style,” Baldwin wrote.

The Jeddah-based Arab News noted in an editorial that Saudi Arabia, a country that historically has put a greater premium on religious education than on learning the skills that advance careers, has yet to allocate resources to develop soccer at a young age or establish a training academy for talented players.

In a related development, OneWorld 2011 founder Bob Walsh argued in The Huffington Post that soccer was a tool to further understanding between youth in the United States and the Muslim World. One World is organizing a four day skills training in Seattle in September, the ten-year anniversary of the 9/11 Al Qaeda attacks on New York and Washington.