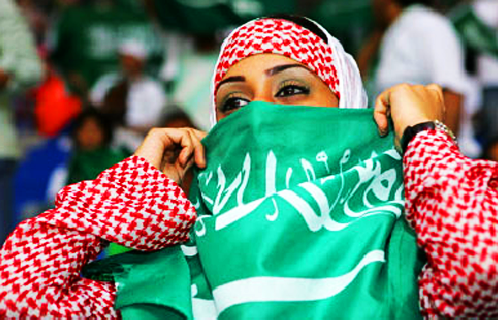 Saudi Arabia has become the France of Asian soccer. The kingdom’s abysmal performance in the Asian Cup in Qatar and its response to its failure is earning it the embarrassment France suffered when its national squad returned to Paris in disgrace last year from the World Cup in South Africa.

A three-time Asian champion and finalist in six of the last seven Asian Cup tournaments, Saudi Arabia failed to advance in Qatar, losing all three matches it played, including a humiliating 5:0 defeat at the feet of the Japanese.

The crisis in Saudi soccer highlights fundamental issues that often stymie Middle Eastern nations in efforts to realize their full potential. In a world of authoritarian regimes that have lost credibility among significant segments of the population, political control of soccer is as important as is control of Islam, the only two forces capable of creating alternative public spaces for pent-up frustration and anger.

That is nowhere more true than in Saudi Arabia, a country where soccer was banned until 1951, with its continued tug of war between more enlightened political and religious forces and ultra-conservatives who insist on sticking to the letter of the kingdom’s puritan interpretation of Islam.

As a result, continuity has not been Saudi soccer’s strong suit, yet it is a key building block for performance. Managers of Saudi soccer are lucky if they keep their jobs for more than a year. Coach Jose Peseiro was sacked after the Saudi squad’s shock 2-1 loss to Syria in their opening Asian Cup match in Qatar. His predecessor, Nasser Al Johar was brought back for a fifth stint, but he too was fired after two more Saudi defeats. And King Abdullah proceeded to dismiss Prince Sultan Bin Fahd as president of the Saudi Football Federation and replace him with his deputy, Prince Nawaf bin Faisal bin Fahd bin Abdulaziz.

“There is a lot of blame to go around. However, the underperformance of the Kingdom’s national team all boils down to one thing. Patience — or the lack of it,” the Jeddah-based Arab News said in an editorial.

The newspaper argued that the kingdom, a country that historically has put a greater premium on religious education than on learning the skills that advance careers, has failed create the kind of infrastructure that allows nations to become and maintain their status as soccer powerhouses. The paper pointed out that the oil-rich kingdom, where soccer was banned until 1951, had yet to allocate resources to develop the game starting at a young age or establish a training academy for talented players.

During last year’s World Cup, Saudi Arabia’s religious guardians, afraid that believers would forget their daily prayers during matches broadcast live on Saudi TV, rolled out mobile mosques on trucks and prayer mats in front of popular cafes where men gathered to watch the games.

Calling for a substantial investment by the government in grassroots soccer, Arab News argued that “there needs to be an understanding that an emphasis on results in youth football is not going to help players’ development. Instead, it hinders and discourages them from wanting to play the game because they are not having any fun.

Saudi football authorities need to come to the realization that success does not happen overnight. It will only come with the implementation of a practical long-term vision and substantial investment. The Kingdom can be proud that it has talented children that can play football well. They just need a carrot, not a stick,” the newspaper said.

Soccer development has further been hampered by the fact that the Saudi federation deprives its players of the benefits of extended international experience by discouraging them from going abroad to play for foreign teams.  Participants in a debate on Facebook more than a year ago also raised the continuity issue.

They noted that the ban on playing for foreign clubs means that players hit a ceiling at which they showered with money for each of their victories become complacent. “I am sure there may be other reason why the Saudi national football team struggles internationally, but their inability to play on international teams is a massive hindrance to the progress of Saudi football,” said Bandar, one of the participants.