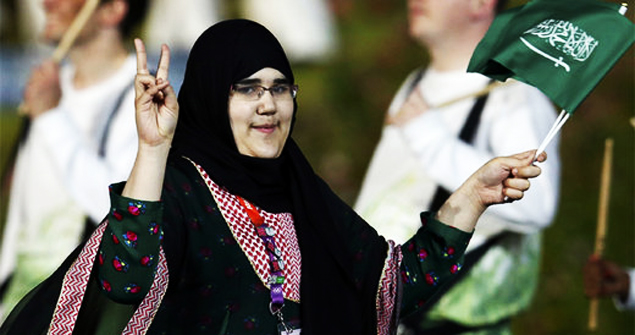 Saudi Arabia’s laws on defamation are considerably different than those of the US. They are very much looser when it comes to defining ‘defamation’ and include insults that would not be actionable in the US. At most, some of the insults that can be brought to court in the Kingdom, might be considered as factors to be applied when sentencing someone for another, underlying crime, e.g., ‘hate speech’. The speech itself is not punished, but its use while committing other crimes is.

Saudi Gazette gives us the case of Olympian Wojdan Shaherkhani. He father will be suing her defamers in Saudi courts. He will have an easier time in the Saudi courts than he would in the US. Statements published about her on various social media could be considered hate crime factors, but would not be criminal in themselves. Others, though, like the one’s that call her a prostitute, would fall squarely within US definitions of defamation. He ought not have a hard time winning cases against the people who stupidly posted false and defamatory information under their own names on Facebook and Twitter.

That is, as long as he can get a judge who doesn’t agree with the defamers.

Shahrkhani’s father to act against insults

RIYADH – The father of the first-ever Saudi female to compete at the Olympic Games has vowed to sue those who insulted his daughter for challenging traditions that prevented women from participating in sports.

The father of Wojdan Shahrkani, who stole the limelight at the London Olympics despite lasting only 82 seconds on the mat before being defeated, told Al-Sharq daily that he wrote to the interior minister with copies of insults made on the Twitter microblogging website.

“I have sent an urgent letter to the Minister of Interior Prince Ahmed Bin Abdul Aziz with copies of all attacks made on Twitter,” said Ali Seraj Shahrkani. A lawyer has been hired to sue those who attacked his daughter, he said.

The judo international referee said he had no problem with those who criticized the performance of his teenage daughter, who despite being swiftly beaten by Puerto Rico’s Melissa Mojica left the stadium to a standing ovation.

The 16-year-old judoka took part wearing a modified headscarf, but that still did not impress some.

But most tweeters hailed Shahrkani’s courage. Others started a hashtag deploring racist comments on Twitter targeted at Shahrkani over her Asian origins.