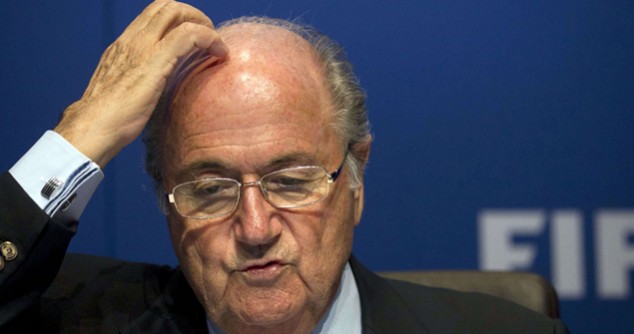 A careful read of this month’s Court of Arbitration of Sports dismissal of bribery charges against ousted FIFA vice president Mohammed Bin Hammam paints a troubling picture of the status of good governance, accountability and transparency as well as ethical and moral standards in world soccer.

CAS’s ruling leaves little doubt that the judges believe that Mr. Bin Hammam, a 63-year old Qatari national, is more likely than not guilty of the charges brought against him. The court nonetheless acquitted Mr. Bin Hammam on the grounds that FIFA’s evidence did not meet its standard of “comfortable satisfaction.” The court left the door open to renewed prosecution of Mr. Bin Hammam if FIFA is able to shore up its evidence.

If Mr. Bin Hammam would be hard pressed to portray the ruling as evidence of his innocence, it is in many ways equally condemning of FIFA. It portrays FIFA’s banning of Mr. Bin Hammam for life from involvement in professional soccer as having effectively been based on flimsy evidence, inconclusive investigations and witnesses whose credibility is in question. It further suggests that rather than strengthening its evidence, FIFA unsuccessfully sought to delay the court’s decision by introducing evidence not directly related to its case, including an independent auditor’s report critical of Mr. Bin Hammam’s financial management of the Asian Football Confederation (AFC)

The ruling stopped short of suggesting that the proceedings against Mr. Bin Hammam were rushed to prevent him from challenging FIFA president Sepp Blatter in the soccer body’s presidential election last July. The proceedings nonetheless forced Mr. Bin Hamam to withdraw as Mr. Blatter’s only challenger after he was initially suspended by FIFA pending investigation of allegations that he had bribed Caribbean soccer officials to secure their votes.

FIFA’s conduct of the proceedings raises questions about the integrity of its judicial proceedings in general at a time that the soccer body is embroiled in the worst web of corruption scandals in its 108-year history.

Similarly, it further fuels controversy over the integrity of the controversial awarding to Qatar of the 2022 World Cup hosting rights. CAS’s portrayal of FIFA proceedings coupled with the AFC auditor’s report make it more likely that newly appointed FIFA prosecutor Michael J. Garcia will include Mr. Bin Hammam’s involvement in the Qatari bid in his expected investigations.

That is likely to also be part of expected Kuala Lumpur-based AFC and Malaysian government investigations of Mr. Bin Hammam as it relates to possible bribing of Asian football federations. Qatar has denied that Mr. Bin Hammam was associated with its bid.

Mr. Bin Hammam was initially suspended on the basis of a report by US lawyer John P. Collins that had been privately commissioned by FIFA executive committee member Chuck Blazer. The report concluded that Mr. Bin Hammam had offered Caribbean soccer officials some $1 million bribes in order to buy the votes of Caribbean Football Union (CFU) executives needed to win the FIFA election at a CFU gathering in Trinidad and Tobago convened to offer the Qatari a campaign platform.

The court asserted that FIFA had failed to establish that monies paid to CFU members came from Mr, Bin Hammam or that they were intended to buy votes. The court noted that CFU operated secret accounts and that the report “did not sufficiently investigate the existence of CFU accounts to check whether the CFU had ever had enough funds to provide the cash gifts, or whether there had been cash withdrawals from these accounts.”

It rejected a subsequent report by the Freeh Group owned by former FBI director Louis Freeh as consisting of little more than circumstantial evidence. The ruling quoted the Freeh report as saying both “there is compelling evidence…to suggest that the money did originate with Mr. Bin Hammam” and was distributed by Jack Warner, the former boss of North and Central American and Caribbean soccer. Mr. Warner resigned from FIFA to evade investigation as well as in its executive summary that “there is no direct evidence linking Mr. Bin Hammam to the offer or payment of money to the attendees of the Trinidad and Tobago meeting.” The court suggested that there was no reason for FIFA to end its investigation of Mr. Warner given his key role in the affair.

The ruling further questioned the credibility of key FIFA witnesses, including Mr. Warner and former CFU general secretary Angenie Kanhai. It said that the banning of Mr. Bin Hammam without the testimony of Mr. Warner was based on “extremely limited sources.”

The ruling concluded that “Mr. Warner appears to be prone to an economy with the truth. He has made numerous statements as to events that are contradicted by other persons, and his own actions are marked by manifest and frequent inconsistency.” The ruling was referring to Mr. Warner both confirming and denying that cash had been distributed at the CFU gathering despite the court being in possession of a video confirming the disbursements. “The majority of the Panel (the court) concludes that Mr. Warner is an unreliable witness, and anything he has said in relation to matters before the panel is to be treated with caution,” the ruling said.

Similarly, Ms. Kanhai, who handled a suitcase containing the monies distributed offered contradicting statements. She initially that she insisted that she was not advised who was the benefactor who had arranged for the monies., but later changed her statement to say that Mr. Warner had advised her that Mr. Bin Hammam was the source. The ruling noted that the change came at a time that Ms. Kanhai was unemployed after having resigned from CFU and that she was employed by FIFA two days after having altered a statement.

Mr. Blatter doesn’t fare much better in the ruling having first declared in advance of the Caribbean meeting that he was not advised by Mr. Warner about the source only to declare a day later in writing that the former soccer official had told him that Mr. Bin Hammam intended to hand out monies.

The court’s rejection of the FIFA case paints a picture of the world soccer body as well as Mr. Bin Hammam in which all parties are tainted. In many ways, the ruling raises more questions than answers. This is bad news for Qatar. Rather than taking Qatar off the hook, Mr. Bin Hammam’s acquittal appears to increase the need for a full investigation of its World Cup bid.

To be fair, Qatar could well emerge from such an enquiry relatively untainted. The enquiry will not only have to link Mr. Bin Hammam to the Gulf state’s bid but also show that it was aware of any potential wrongdoing. Moreover, many of the allegations involving Qatar’s bid strategy involve issues that appear to fall within the boundaries of FIFA’s bid rules that have sufficient grey areas to raise the question whether the world soccer body’s failure to tighten those rules in an effort to evade conflicts of interest is not part of a morally and ethically debateable culture.