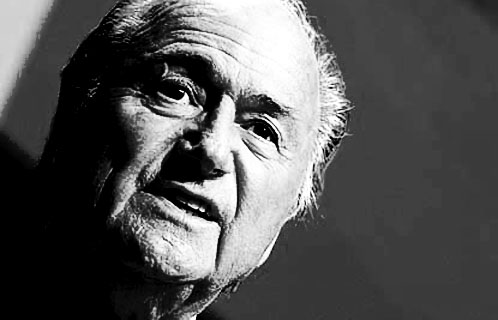 Speaking in Rio de Janeiro, Mr. Blatter said that he would initiate an investigation if his Solutions Committee, an advisory board that includes former Dutch star Johan Cruijff, former US Secretary of State Henry Kissinger and opera singer Placido Domingo recommended him to do so.

The committee was established earlier this year to help Mr. Blatter resolve the worst corruption and bribery scandal in the world soccer body’s 107-year history.

“Now, at this moment, we are not touching the Qatar World Cup. But we are going step by step into the matters we have to realize and if somewhere through this Solutions Committee they should say we have to have a look at that, then we will do that,” Mr. Blatter said.

Mr. Blatter has until now rejected calls for an investigation into Qatar’s bid campaign that has been dogged by allegations of corruption and criticism because of the Gulf state’s searing summer heat.

Mr. Blatter was strengthened in his refusal earlier this month when a whistle blower who had made some of the most damning corruption allegations said her charges had been fabricated because she wanted to get back at the Qatari bid committee for removing her from her job.

Qatar has consistently denied any wrongdoing.

The banning however last week of Mr. Bin Hammam, a Qatari national and head of the Asian Football Confederation (AFC), who was closely involved in the Gulf state’s bid, has prompted calls for an inquiry into his role, after FIFA last week banned him for life from involvement in soccer.

Mr. Bin Hammam was accused of having bribed officials of the Caribbean Football Union (CFU) to support his failed campaign for the FIFA presidency. Mr. Bin Hammam has denied the charges and has vowed to appeal the ban. The AFC on Friday, in a victory for Mr. Bin Hammam, delayed until May next year the holding of an election to replace him.

An investigation into the Qatari bid could lead to the Gulf state being deprived the right to host the 2022 World Cup.

The nature of the allegations against Qatar make a ruling against the Gulf state at best very difficult, The charge that Qatar bribed two FIFA executive committee members to secure their votes for its bid have fallen by the wayside with the retraction by the whistle blower.

Mr. Blatter confirmed earlier this year that Qatar had entered into an illegal agreement with Spain and Portugal, which were jointly bidding for the 2018 World Cup, to swap votes but dismissed it as unimportant because it had not influenced the outcome of the vote. The Spanish-Portuguese bid like that of England, where feelings are bitter, lost out to Russia.

Allegations that Qatar invested in the home countries of some executive committee members, while possibly true, are not necessarily in violation of FIFA bidding rules. The issue of whether it would be ethical to do so is an issue that FIFA rather than Qatar would have to address by tightening its rules.

Nonetheless, Mr. Blatter, by no longer ruling out an inquiry into the Qatari bid, could be travelling down a slippery road. There is widespread resentment against Qatar’s hosting of the World Cup because its oil and gas riches allowed it to spend far more than its competitors on its bid campaign.

The controversy over Qatar is further fuelled by the fact that it won the bid despite a negative report by a FIFA inspection committee and the fact that cooling technology that the Gulf state expects to employ in stadiums to reduce temperatures from above 40 degrees Celsius to 27 degrees is as yet unproven.