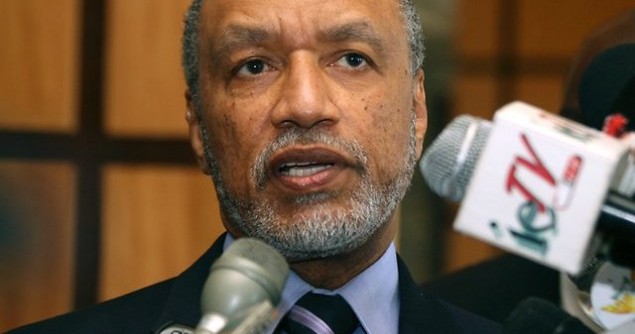 World soccer body FIFA has expanded investigation of its suspended vice president, Mohammed Bin Hammam, to include his financial management of the Asian Football Confederation (AFC) in a move that involves questions raised by alleged payments to the Qatari national by a shareholder of a Singapore-based company in advance of the signing of a $1 billion marketing rights agreement, according to sources close to FIFA and press reports.

The sources said that independent FIFA ethics investigator Michael J. Garcia was now in possession of the AFC’s file regarding potential irregularities in the financial management of the Asian soccer body. Mr. Bin Hammam, who is the subject of three inquiries, has also been suspended as president of the Asian group pending investigation by FIFA, the AFC and Malaysian police. The controversy over Mr. Bin Hammam has deeply divided the AFC with supporters of the Qatari working to dampen the impact of the moves against him.

The AFC file significantly expands Mr. Garcia’s inquiry into last year’s alleged attempt by Mr. Bin Hammam to buy the support of Caribbean soccer officials for his failed effort to defeat Sepp Blatter in FIFA’s presidential elections, the sources and press reports said. Mr. Bin Hammam, once one of the most powerful men in Asian soccer who is at the center of the worst scandal in the history of world football, has repeatedly denied any wrongdoing. He charges that the allegations against him were construed to penalize him for challenging Mr. Blatter’s presidency.

The expansion of the FIFA investigation is believed to be one reason why the Swiss-based Court of Arbitration for Sport (CAS) last week rejected Mr. Bin Hammam’s request that his suspension as FIFA vice president be overturned. The CAS ruling was first reported by FIFA.

FIFA last month extended its 90-day banning of Mr. Bin Hammam by another 45 days. FIFA had earlier unsuccessfully attempted to introduce an internal AFC audit of Mr. Bin Hammam’s financial management of the Asian body conducted by PricewaterhouseCoopers (PwC) into another CAS appeal by the Qatari national against FIFA’s actions against him.

The PwC report, the sources said, was believed to be part of the file in Mr. Garcia’s possession. The report charged that Mr. Bin Hammam had used an AFC sundry account as his personal account and questioned the terms and negotiation procedure of a $1 billion master rights agreement (MRA) with Singapore-based World Sports Group (WSG). The PwC report also raised questions about two payments totalling $14 million by a WSG shareholder to Mr. Bin Hammam’s AFC sundry account prior to the signing of the agreement.

Mr. Bin Hammam reportedly furnished FIFA investigators in September with his own independent expert’s report from London accountants Smith and Williamson into the AFC account that was said to include a line-by-line explanation of all expenditure.

Malaysian police arrested in September the husband of a former AFC head of finance and an associate of Mr. Bin Hammam on suspicion of helping steal documents related to one of the payments by the WSG shareholder to Mr. Bin Hammam from AFC’s head office in Kuala Lumpur.

WSG has so far not commented publicly on the PwC report or its relationship or that of its shareholder with Mr. Bin Hammam. However in an August 28, 2012 letter to this reporter that threatened legal action, WSG Group Legal Advisor Stephanie McManus asserted that “PWC are incorrect and misconceived in suggesting that the MRA (master rights agreement) was undervalued. They have neither considered the terms of the contract correctly, the market, nor the circumstances in which it was negotiated,” Ms. McManus wrote.

WSG has since asked the Singapore court to instruct this reporter to reveal his sources for all his WSG-related reporting. The Singapore High Court is scheduled to decide on November 19 on an appeal by this reporter against a decision by a lower court that instructed him to reveal his sources for his reporting on the PwC report as well as Mr. Bin Hammam’s relationship to the company.

In an affidavit to the lower court, Mr. Dorsey asserted that he believed that WSG’s legal action was an attempt at “indirectly discovering who within the AFC may have breached their confidentiality and also suppress any well meaning or good intended person from coming forward in the future and is seeking to punitively punish those who may have spoken against them.”

Acting AFC president Zhang Jilong last month accused the Qatari national and his lawyer, Eugene Gulland, of similar methods, charging that they had adopted “intimidatory tactics” against members of the Asian body’s executive committee and staff. Messrs. Bin Hammam and Gulland have denied the charge.

WSG’s legal action and its refusal to comment publicly on the PwC report, including the allegation of eyebrow raising payments by one of its shareholders, appear to stem from concern that the terms of or circumstances under which its $1 billion agreement with the AFC was negotiated may become known beyond a very small circle of people. Not all members of the executive committee, the AFC’s highest management body, have seen the agreement and those that have were only allowed to view it on the premises of the Asian soccer body, according to sources close to the AFC.

The sources said the restrictive handling of the WSG contract contrasted with the way marketing agreements concluded by European soccer body UEFA and other international sports associations are dealt with. A spokesperson for UEFA said both its managerial staff and executives had access to the group’s contracts irrespective of where they physically may be at any given moment.