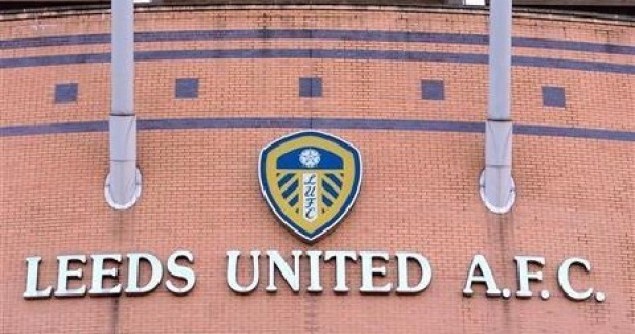 Middle East investment in English football is set to increase with the imminent sale of Leeds United to a Gulf investment company.

Leeds United has an illustrious history. In its heyday between 1965 and 1974, the club won many trophies under the management of Don Revie. The Leeds style was, shall we say, robust. Two of its hardest men were captain Billy Bremner, and defender Norman “bite yer legs” Hunter. Here’s an example of Hunter’s not very pacific style, where he meets his match in the equally combative Francis Lee of Derby County:

Whatever you might have thought about Leeds’ style, which was not so unusual for the time – this was the era of Chelsea’s “Chopper” Harris, and Manchester United’s fearsome Nobby Stiles – they played great football. These days, the club’s reputation for robustness has been long expunged, though still remembered by those of us who followed the game in those days with a gruesome fondness.

After Revie’s departure, the club went into a decline that, despite a revival in the 90s,  ended with it going into administration in 2007 and the newly-constituted club being relegated into the third tier of English Football. The current owner is Ken Bates, who had previously sold Chelsea to Roman Abramovich.

Here’s the odd thing from the perspective of a resident of Bahrain. When the possibility of the deal was first announced, our local English language daily, the Gulf Daily News, was keen to emphasise the Bahraini connection:

A DUBAI-BASED private equity firm, GFH Capital Limited, is in the final stages of sealing a deal for a possible takeover of Leeds United. It is a subsidiary of the Bahraini investment bank Gulf Finance House. (Gulf Daily News 25/9/12)

The day after that story appeared, the GDN enthusiastically proclaimed the Bahraini antecedents of the GFH Capital Board:

Not only is GFH Capital an affiliate of Bahrain’s Gulf Finance House (GFH), but one board member who reportedly attended a game at the club’s Elland Road stadium on Saturday is a Bahrain University graduate, while another worked for GFH in Bahrain.

Prior to joining GFH Capital, board member Salem Patel was an executive director at GFH in Bahrain, while Hisham Alrayes obtained a Bachelor’s degree with honours in electrical engineering from Bahrain University before embarking on a distinguished banking career.

Mr Alrayes’ other roles include the chief investment office position at GFH in Bahrain, chairmanships at Bahrain’s Cemena Holding Company and Gulf Holding Company, as well as board memberships in companies including Bahrain Aluminum Extrusion Company and Naseej Development Co. (Gulf Daily News 26/9/12)

Yesterday came the announcement that the deal was done. Mysteriously, though, the GDN referred to the buyer as “Capital Limited”. The GFH bit had disappeared, and the story makes no connection between the buyer and Bahrain:

Dubai-based Capital has signed a deal to buy former English soccer champions Leeds United, the latest foreign group to invest in one of the clubs with hopes of promotion to the lucrative Premier League.

Leeds were one of the top names in English soccer in the 1970s and won the Premier League in 1992 but are now struggling in the second-tier Championship. “The signing of this deal marks the start of a one-month transitional period in terms of full change in ownership and control of the club,” the Yorkshire club said in a statement on its website.

“Following Football League approval, Capital Limited will be 100 per cent shareholders,” it added. Leeds majority shareholder Ken Bates will remain as chairman until the end of the season and will then become club president. (Gulf Daily News 22/11/12)

Leeds United’s website does mention the full name of the acquiring company, but not the Bahraini connection.

I find it strange that the GDN should seem to be downplaying GFH’s and Bahrain’s connection with the takeover. GFH is a respectable Bahraini financial institution. Bahrainis are mad about football, and I’m sure would welcome the opportunity to follow the fortunes of an alternative to the usual suspects – clubs like Arsenal, Manchester United, Barcelona and Real Madrid. Investment in sport is not a novelty for the Kingdom. Mumtalakat, the sovereign wealth fund, owns a major stake in McLaren, the leading Formula One motor racing team. Arsenal runs a well-regarded football school here.

The GDN’s utterances are rarely accidental. So why, I wonder, the sudden coyness? I should have thought that this is the kind of good news story that all parties would be glad to shout from the rooftops. Oh well, good luck to Leeds. I hope the deal leads to a swift return to the Premier League, where they can resume their fierce rivalry with the great powers of English football.

PS: Today’s edition of the GDN, which I’ve just seen, fully acknowledges the Bahrain connection, so why the coyness in yesterday’s edition? Curiouser and curiouser…