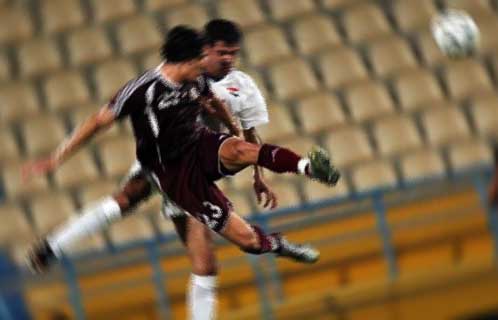 Japan won a record fourth Asian Cup title in Doha last week with an extra time win against Australia. Unfortunately, for many people this tournament was more about Qatar as a hosting venue than it was about the football in and of itself.

The Asian Cup offered a perfect chance for Qatar to allay the fears of those that had misgivings about the small GCC country being awarded the right to host the 2022 World Cup. Unfortunately, this opportunity was wholly missed and some serious errors will fuel concerns about Qatar’s ability to successfully host the 2022 World Cup.

When Qatar hosted England and Brazil in November 2009 as a showcase for ‘what they could do’ in the long run up to the World Cup decision, it was a minor disaster. Entrance to the stadium was a shambolic affair with enormous queues. Plastic glow-sticks were given to every fan to join in a light display at the start of the match. However, within seconds of the start of the display these glow-sticks turned into mini-missiles being hurled towards the pitch, often clattering into those in the front few rows. At the end of the match chronic transportation problems left thousands of fans stranded around the stadium for hours on end  at the mercy of profiteering taxi drivers.

Things in the Asian Cup did not start much better. Most of the earlier matches were largely empty despite very cheap ticket prices and organisers even resorting to giving away free food and drink to entice people. Even in mostly full matches, such as when Qatar played, there was the somewhat unedifying sight of Qataris streaming out of the ground as soon as their team conceded a goal. Hardly an ethos to warm Qatar to hardy football fans around the world.

Yet far more important than these relatively trivial issues was the debacle at the final. Perhaps through fear that there would be empty seats for the most important game in front of Sepp Blatter, FIFA’s President, and world-wide press scrutiny, people without tickets were simply allowed into the stadium.

This meant that up to 5000 fans with tickets were not allowed in. Considering that the final was between Japan and Australia, this necessarily meant that fans that had travelled quite literally thousands of miles and no doubt paid a small fortune to get to Doha, stay there (hotels are not cheap in Qatar) and then buy a final ticket were left outside behind fences and riot police.

These fans obviously complained and some were reportedly manhandled by the police. The key concern here, as noted by Al Jazeera, is that if the Qatari riot police cannot cope with ‘polite fans with families’ with the most reasonable of requests, one shudders to think what will happen when confronted by the more typical drunken, boisterous football fans.

While it is undeniable that these are crass, elementary and serious errors one must not forget that they are occurring over a decade before Qatar’s most important tournament begins. To say that there is plenty of time for Qatar to implement new procedures is an understatement. Systems can and will be tried and perfected in the coming years that will, no doubt, mean that 2022 goes off without a procedural hitch.

The only lingering concern is to do with the police: their reaction to a simple and nonthreatening situation is concerning. Crucially, the Qatari police are used to a great deal more respect than they will get from rowdy football fans. No doubt there are training plans in place; perhaps a ‘busman’s holiday’ to a Manchester or Glasgow derby would be in order?

More generally, Qatari authorities ought to be annoyed with themselves. The Asian Cup was a golden opportunity to show countries angry after the 2022 vote (England et al) that they can host such a successful tournament. Instead, they will now have to endure months if not years of continual sniping based on ample evidence. Still, looking on the bright side, if and when (inshallah) Qatar hosts a successful 2022 World Cup their gloating will be all the more deserved.